Mainland China disputes specialists May Tai and Damien McDonald discuss judicial mediation and how best to prepare for it.

In China, the judge undertakes the roles of mediator and ultimate adjudicator in the same dispute. In practice, the judge will also often strongly urge the parties to mediate. If mediation then fails the parties will find themselves arguing their case before the same judge. This is fundamentally different to common law-style mediation, which although encouraged by the courts, is strictly a private matter for the parties and a third party mediator that is not connected to the litigation.

Chinese litigation and mediation in context

Official Supreme People’s Court (SPC) statistics reflect that in 2009, Chinese courts concluded around 5.8 million civil cases (an increase of 7.7% from 2008). The percentage of contract-related cases concluded by Chinese courts also rose by 8.6% in 2009. The percentage of civil cases resolved by judicial mediation at the First Instance court level have been increasing annually from 38.9% in 2008 to 62% in 2009 and 65.29% in 2010 (for example, more than half the claims are resolved by judicial mediation).

With case loads of this magnitude, it is no surprise that the SPC has been keen to promote mediation as a means of effective case management. In 2010 it released a notice containing several opinions in this area, the Notice of the Supreme People’s Court on Issuing Several Opinions on Further Implementing the Work Principle of “Giving Priority to Mediation and Combining Mediation with Judgment” (最高人民法院印发《关于进一步贯彻“调解优先、调判结合”工作原则的若干意见》的通知) (SPC Several Opinions), which requires all Chinese courts to give priority to mediation at all stages of the litigation process.

Judicial mediation is part of what the SPC has referred to as a “comprehensive system of mediation”, combining judicial, administrative and people’s mediation which is aimed at effectively eliminating social conflicts (Article 1 of the SPC Several Opinions). This article discusses judicial mediation, but briefly mentions the other two mediation systems further on.

The substantive law dealing with judicial mediation is contained in Chapter VIII of the PRC Civil Procedure Law (中华人民共和国民事诉讼法). Like most Chinese statutes, it provides only a general overview of the basic principles and procedures, including:

The SPC has issued three main pieces of judicial guidance on mediation. They are the SPC Several Opinions, the Several Opinions of the SPC on Further Displaying the Positive Roles of Litigation Mediation in Building of a Harmonious Socialist Society (最高人民法院关于进一步发挥诉讼调解在构建社会主义和谐社会中积极作用的若干意见) (SPC Opinion), issued on March 6 2007, and the Provisions of the SPC on Several Issues Concerning the Civil Mediation Work of the People’s Court (最高人民法院关于人民法院民事调解工作若干问题的规定) (SPC Provisions), which was issued on September 16 2004. The SPC Opinion was mostly replicated in the Several Opinions. The SPC Provisions provide additional material and rules not contained in the other two Opinions.

This SPC guidance is binding on lower courts and fills in many of the gaps in the Civil Procedure Law. It also reflects what may be referred to as the SPC’s jurisprudential thinking in this area.

Through the principles of: 1) giving priority to mediation and combining mediation with judgment and 2) mediation first, the SPC has directed that all lower courts must consider whether mediation is appropriate to a particular case. If it is, then parties must be encouraged to consider mediation.

What to expect from and how to prepare for judicial mediation

What cases will be suitable for mediation?

Most cases, including foreign-related cases, will be classified as “suitable” for mediation. Cases which are not suitable for mediation include: cases which are not allowed to be mediated by law, where a party refuses to mediate, the parties or their agent cannot be served, cases which require further investigation and complex and serious cases (Article 9 of the Several Opinions).

The parties may ask the judge to mediate or the court to refer the matter to an outside party such as the China Council for the Promotion of International Trade (CCPIT) for mediation. In practice, judges very actively encourage the parties to mediate. While “encouragement” by judges is in line with the SPC guidance, the reality is that to a foreign party it can seem like coercion.

The incidence of coercion reflects a combination of high case loads, the fact that judges’ performances are assessed by reference to their case resolution rates and the level of appeals from their judgments (which mediation agreements of course avoid) (Article 22 the Several Opinions).

If a party is encouraged, or in some instances, required to mediate, one option to consider is whether the judge will agree to refer the matter to an independent third party for mediation, such as the CCPIT (Article 3 of the SPC Provisions). This is, in effect, a delegation of the court’s mediation powers. The court will then confirm the mediation agreement is in accordance with the law. While there is no guarantee that the judge or the other party will agree to this approach, it does provide an alternative to mediation before the same judge who will render a decision on the case.

If however, a party steadfastly refuses to mediate and the matter proceeds to trial, the judge will not treat that party any differently. In other words, while there may be real pressure to engage in mediation, there is usually no separate stigma which attaches to a party for refusing to mediate.

Judges and court staff must consider the suitability of mediation at all stages of the litigation life cycle from filing to appeal, re-hearing and execution (Articles 2, 7, 8, 9, 11 and 12 of the Several Opinions). The court should give the parties some notice of mediation when it considers appropriate.

The most likely times for mediation are when it is first referred to the judge and again just before judgment is handed down (therefore after the judge has heard all of the evidence). At this later stage, the judge will be in a position to put a lot of pressure on the parties by, for example suggesting to one or both parties that its case is not that strong.

The standard limits as noted in the SPC Several Opinions are listed below although, in practice, they are usually extended:

Confidentiality and without prejudice privilege

Judges acting as mediators are required to keep the matters discussed in the mediation confidential, but it is worthwhile to inform the court of an intention to apply for “non public” mediation.

There is no “without prejudice” privilege in China, but Article 67 of Some Provisions of the SPC in Civil Procedure (最高人民法院关于民事诉讼证据的若干规定), implemented on April 1 2001, provides that anything unfavourable disclosed in the mediation cannot be used against the party disclosing this information. In practical terms it is, of course, impossible for any judge to separate those issues when deliberating. Parties to a mediation are well-advised not to disclose any vulnerabilities or otherwise make concessions they would not be prepared to live with at trial.

What to expect in mediation

Mediations are relatively informal but the procedure is similar to the conduct of a trial with the parties making submissions and putting forward evidence. As noted above, the court may invite experts or other third parties to assist the judge, although in practice their ability to influence the outcome of the mediation is somewhat limited in front of the judge.

Where a judge is acting as mediator he or she will meet separately with the parties to discuss the relative strengths and weaknesses of the parties’ cases. The judge will then seek to broker a settlement between the parties.

If the parties agree on terms, the judge will be responsible for ensuring the terms are enforceable.

The same judge is often involved in the preparation and execution of the mediation agreement.

In preparing the mediation agreement, the court will ensure it complies with the law. Other points which should be emphasised include:

One important difference to judicial mediation is that any mediation agreement reached by the parties cannot be enforced directly by the courts. It is simply a contract which, if breached, a lawsuit needs to be brought to enforce it (Article 32). The parties though have the option of applying to the court to confirm the effect of the mediation agreement (for example, that it complies with the law). If the court confirms that it is effective, then it will be directly enforceable as a mediation agreement.

Administrative mediation is a separate topic in its own right. Broadly speaking, it involves the mediation of similar types of private disputes by government officials. It also encompasses other types of disputes such as intellectual property, consumer protection and some administrative decisions by government. One example of this type of mediation in a commercial context is mediation conducted by the State Administration for Industry & Commerce (SAIC) or local Administrations for Industry & Commerce (AICs). The SAIC or local AICs are alternative venues for seeking redress for trademark and contractual disputes. The complainant can submit a dispute to the SAIC or AIC (provided that no arbitration or litigation has been commenced) and, as part of this process, the dispute can be determined by the SAIC or AIC official or can be mediated by the same official acting as mediator.

While most foreign investors in China prefer arbitration (either offshore or onshore) with their counterparties, some will inevitably find themselves before Chinese courts. This could be either because the litigation does not relate to a contract or they did not consider all the options for dispute resolution prior to entering into that contract.

The main reasons that Chinese courts are not the preferred choice is largely due to the uncertainties and challenges of the process, and the significant cultural and procedural differences to common law litigation. This said, a basic understanding of the judicial mediation process is essential to managing the outcome of the mediation. 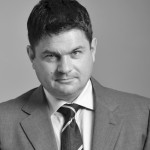