Australia, Insurance and Reinsurance, US

Herbert Smith Freehills acts for the Lend Lease group of companies (LL LMB) in relation to the World Trade Center (WTC) clean-up litigation following the events of 9/11. Over 18,000 plaintiffs sued more than 50 defendants including the City of New York and LL LMB for personal injuries, respiratory diseases and other damages alleged to have resulted from the WTC clean-up operations.  The litigation is reported to be one of the largest mass tort actions in the United States.

Lawyers worked closely with US attorneys from Weil, Gotshal & Manges LLP and devised a dual strategy involving the enactment of federal legislation (the Zadroga Act) in the United States in 2011 and a mass settlement with the plaintiffs in the litigation. The result of this dual strategy is that LL LMB’s exposure is effectively limited to available insurance. This strategy was an exceptional approach to resolving litigation, as it ended the prolonged litigation and resulted in a ‘win’ for the rescue workers, the contractor companies, and the City of New York. Michael Mills and Lauren Whitehead in our Sydney office explore the settlement and resulting legislation. 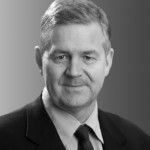 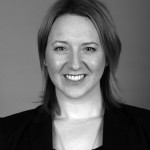 LL LMB is one of the beneficiaries of the approximately US$1 billion captive insurance policy established by the US Congress to protect the City of New York and its contractors against liabilities that may arise from the clean up and debris removal activities at the WTC site. However, because the policy was set up to provide defence and insurance coverage against liability, the only way the rescue workers could seek to recover from the policy was to establish liability against the insureds.

We worked closely with Weil, who (with the significant assistance of The Livingston Group, a global public affairs and government relations firm) helped create a coalition for a legislative effort in Congress involving the City of New York, labour leaders, emergency responder representatives and various contractor companies. After four years of effort and lobbying, the strategy produced the desired results. On 2 January 2011, President Obama signed the James Zadroga 9/11 Health and Compensation Act 2010 (the Zadroga Act) into law. Among other things, this legislation re-opens the September 11th Victim Compensation Fund, such that current claimants would be eligible to seek compensation from the US government.

The Zadroga Act provides for the allocation of US $4.3 billion of aid to 9/11 survivors and first responders, many of whom claim to have become seriously ill following exposure to Ground Zero. The Act also limits the liability of the City of New York and various contractors, including LL LMB, for claims related to the clean-up operations to those amounts remaining in the WTC Captive Insurance Company plus any insurance coverage that was available and applicable on 11 September 2001 for the particular contractor.

Amendments to the Act continue to be passed; last month the National Institute for Occupational Safety and Health approved the addition of 14 categories of cancer to the list of diseases connected to the 9/11 attacks covered by the Act.