The UK Government has announced its plans for implementing the ADR Directive and the ODR Regulation, both of which are aimed at promoting the use of ADR schemes in disputes involving consumer complaints throughout the EU.

While the Government is not at this stage pressing forward with a suggested proposal to restructure the entire UK landscape for consumer ADR, the plans include:

Businesses engaged in selling to consumers in the EU will need to familiarise themselves with the new consumer information obligations and ensure that they take steps to comply, including by amending contractual terms and website information where necessary.

Both the ADR Directive (2013/11/EU) and the ODR Regulation (524/2013) entered into force on 8 July 2013.  Member States are required to transpose the requirements of the Directive into national law by 9 July 2015.  The ODR Regulation will take effect automatically 6 months later on 9 January 2016 (although an obligations on Member States to create a national ODR contact point will apply in advance, also on 9 July 2015).

The scope of the ADR Directive is summarised in our earlier posts here and here. It imposes obligations on EU national governments, competent authorities, certified ADR providers and businesses engaged in trading with consumers.   A key obligation on national governments is to ensure that ADR provided by a certified body is available (if both parties wish to use it) for all contractual disputes involving complaints by EU consumers. (Importantly, the Directive does not apply to business-against-business complaints or to trader-against-consumer complaints, such as debt recovery actions).

In March 2014, the UK Government issued a consultation document seeking views on a number of issues regarding the implementation of the EU legislation, particularly in relation to the obligation to ensure comprehensive ADR coverage.   However, in the same consulation, the Government also took the opportunity to canvass views as to whether it was desirable to undertake a wholesale rationalisation of the current consumer protection ADR landscape in the UK, including the possibility of abolishing existing sectoral ADR systems (such as the Financial Services Ombusdman) and replacing them with a single overarching ADR provider for consumer complaints.

The Government has now published its response to the consultation.  Key aspects of the Government’s plans include:

1.     No wholesale restructuring of the consumer ADR landscape

The Government will not at this stage pursue the suggestions raised in its consultation regarding the possible overall rationalisation of the ADR landscape –  noting in particular stakeholders’ resistance to idea of a single consumer ombudsman (as opposed to, for example, an umbrella body sitting above sector-specific ADR providers).  However, it will continue to keep in mind the possibility of longer term simplification of ADR as the ADR Directive is implemented and will continue to consult stakeholders on the merit and detail of further structural changes.

The consultation process confirmed the Government’s preliminary view that, although there are over 70 ADR schemes operating in the UK, it remains the case that not all consumers in all sectors have immediate access to an ADR scheme.  There is therefore a need to fill this gap in order to comply with the ADR Directive.

Having considered various options, the Government has elected to proceed with establishing a ‘residual’ ADR scheme, which will be available where businesses are not obliged or committed to using another ADR scheme.

A competitive procurement process will be undertaken in Spring 2015  to appoint a single supplier to provide the service.  The operating model to be adopted (including whether it will an ombudsman-style scheme) will be considered as part of the appointment process.  In particular, the Government has not set the claim and settlement value limits of the scheme – this will be determined by the body who wins the contract.

The Government will also set up a consumer complaints helpdesk to assist consumers to navigate the ADR landscape and signpost them to the appropriate ADR scheme(s).

3.    Extension of the 6 year limitation period to accommodate ADR

The Government will amend the Limitation Act to extend the standard 6 year limitation period for bringing court proceedings (in disputes covered by the Directive) by a period of 8 weeks in cases where ADR is ongoing at the expiry of the 6 year period (ie mirroring an amendment previously made to implement a similar provision in the Mediation Directive).

The ADR Directive requires Member States to appoint one or more competent authorities responsible for monitoring ADR entities, to ensure that they function properly and meet the quality standards required under the Directive (including expertise and timeliness of decisions).

The Trading Standards Institute (TSI) will be appointed as the UK’s principal competent authority to monitor ADR providers in the non-regulated sectors.  The sectoral regulators will be the competent authorities for existing ADR schemes in their sectors (for example, the Financial Conduct Authority for the financial services sector, including the Financial Ombudsman Service).

This may require some sectoral regulators to review their rules regarding ADR and ombudsman schemes currently under their remit, to ensure compliance with the standards set out in the Directive.

There are a number of information requirements on traders set out in the ADR Directive and ODR Regulation. These include:

The detail of these obligations will be contained in secondary regulations to be introduced by the Government this Spring,  together with informal guidance to be issued by TSI to assist businesses in meeting the requirements.

The Government will meet its obligations under the ODR Regulation (including establishing an ODR contact point to assist consumers with disputes submitted via the Commission’s ODR platform) but will not extend the ODR requirements beyond these.

The UK ODR contact point will only be obliged to assist with cross-border EU disputes but will have the discretion to assist with purely domestic disputes if it considers appropriate in any particular case. 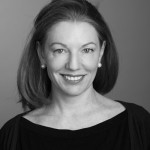