The High Court has held that correspondence marked “without prejudice save as to costs” and which described the conduct of prior “without prejudice” (WP) negotiations (including a mediation and subsequent discussions) was admissible in an application for costs against the claimant’s lawyers: Willers v Joyce & Ors [2019] EWHC 937 (Ch).

The court accepted that the WP rule attached to the negotiations during and following the mediation. However, the subsequent “without prejudice save as to costs” correspondence amounted to an agreement to vary the WP status of the earlier negotiations, so that both parties would be able to deploy evidence of the WP negotiations in future arguments about costs.

The decision serves as a reminder to parties and practitioners to exercise care when referring to the substance of mediation discussions (or any other WP communications) in any subsequent correspondence that is not expressed to be WP. Depending on the terms of that correspondence, a court may conclude that the correspondence amounts to an agreement to exclude or vary the application of the WP rule, and therefore the circumstances in which the WP communications may be admissible.

Matthew Eglezos, a Senior Associate (Australia) in our disputes team, outlines the decision below.

The respondent solicitors and junior counsel (the Lawyers) represented the claimant in proceedings against the defendant (and subsequently his estate) for malicious prosecution and abuse of process. In the malicious prosecution claim, the claimant alleged that one of the companies through which the defendant conducted his business (Langstone) had maliciously brought a claim against the claimant. The underlying claim had been discontinued and Langstone had been ordered to pay the claimant’s costs, but those costs were reduced on detailed assessment, leaving a substantial shortfall which the claimant was liable to pay to the Lawyers (who had also represented the claimant in the underlying claim).

For the purposes of that application, the Executors sought to rely on references to what was said and done at, and shortly after, one of the mediations, which communications were agreed at the time to be WP. Those references were included in four letters between the parties’ solicitors that were marked “without prejudice save as to costs” (the “Contested Material”).

The Executors argued that the Contested Material was admissible in the costs application on the basis that:

The court (Andrews J) concluded that the WP rule did apply to the Contested Material and that no relevant exception to that rule was engaged. However, the Contested Material was admissible in relation to the Executors’ costs application because that material indicated that the parties had agreed to vary the WP status of the settlement negotiations.

In reaching that conclusion, the court adopted what it described as Fancourt J’s “masterly analysis” in Briggs v Clay [2019 EWHC 102 (Ch) (considered here) of the relevant principles and authorities in relation to the WP rule and its exceptions.

Application of the WP rule and exceptions to it

The judge said that the Executors’ first two propositions could be tested by considering what the position would have been if the Contested Material had not been sent and the Executors had sought to rely on the evidence of the mediation. In such circumstances, that material would have been inadmissible.

The Executors contended that the WP rule did not apply in later unconnected proceedings to protect statements in earlier proceedings which were unconnected with the subject matter of those proceedings. The court held that even if that were correct (which the court did not need to decide), and even if the costs claim against the Lawyers was to be treated as litigation independent of the malicious prosecution claim, the costs claim was nonetheless “intimately connected” with it.

The court also rejected the argument that the WP protection afforded to the claimant could not be relied upon by his Lawyers in a subsequent application against them for costs. The situation in this case was “very similar” to that in Briggs, where the legal representatives of one of the parties were held to be bound by the WP rule in a claim made against them.

The court also rejected an argument that Contested Material fell within an exception for “independent facts” which were in no way connected with the merits of the case. The “independent fact” which the Executors said the evidence established was the “extent of the influence or control” that the Lawyers had over the malicious prosecution claim. The court did not see how such a fact could be segregated from the content of the settlement negotiations themselves, and considered that admitting the evidence for that purpose would undermine the policy of the WP rule.

Waiver and the parties’ agreement to deploy the WP material

As established in the authorities, once the protection of the WP rule had been waived, the waiver covered the whole of the WP communications and not just those aspects that one party had sought to deploy. The court noted that in this case neither party had actually deployed WP material, though they had indicated an unequivocal intention to do so in the relevant correspondence.

The court then proceeded to analyse the references in the letters constituting the Contested Material. Objectively construed, the first letter in that correspondence, which was sent by the Lawyers on behalf of the claimant, evinced a clear intention to use evidence about the WP negotiations at a future costs hearing. This could be viewed as an anticipatory repudiatory breach of the agreement to treat the negotiations as WP but, the judge concluded, was better characterised as an offer to vary the agreement’s terms. That offer had been accepted on behalf of the Executors in their response to the letter, which made it clear that both parties would be able to deploy evidence of the negotiations for the purposes of arguments about costs.

The court concluded that the parties had, by their correspondence marked WP save as to costs, agreed that “everything said and done at the mediation by or on behalf of either party … could be referred to at a future costs hearing”. In effect, the parties had agreed to vary the WP rule to treat the settlement negotiations as if they had been conducted on the basis that they were WP save as to costs. Evidence of those negotiations was therefore admissible, solely on the basis of an agreement between the parties, which was binding on the Lawyers. The WP material could therefore be deployed by the Executors in their claim for costs against the Lawyers. 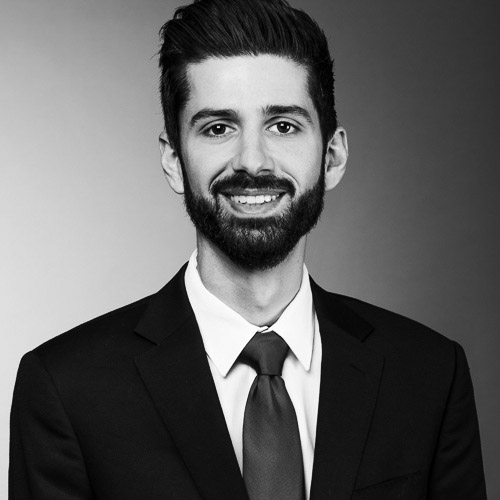