In Wales (t/a Selective Investment Services) v CBRE Managed Services Ltd & Anor [2020] EWHC 1050 (Comm) (30 April 2020) (Wales), the High Court (the Court) disallowed a substantial part of a successful defendant’s costs as a result of its failure to engage in mediation. This is the latest decision in a number of recent High Court cases where the Court has shown willing to impose cost sanctions on the basis of a party’s refusal to participate in ADR (as discussed in a previous post here). The Wales ruling highlights that such a refusal may also have serious consequences for parties who prevail on the merits of a case.

The Wales decision concerned an order for costs in relation to an earlier judgment in which the Court had dismissed the Claimant’s claims against the two Defendants.

The relevant procedural history was as follows:

In its costs submissions, the Claimant argued that he should not be ordered to pay the First Defendant’s costs – despite being unsuccessful on the merits of the case – as a result of the First Defendant’s unreasonable refusal to engage in mediation. The Claimant also submitted that the Second Defendant should be deprived of some of its costs for failing to participate in a mediation (and for other reasons outside of the scope of this post).

The Court started by noting that the Claimant had clearly been unsuccessful in his claims and that CPR 44.2 prescribed that he should therefore be ordered to pay the costs of the Defendants unless there was a good reason to the contrary. It found, however, that such a good reason existed with respect to the First Defendant’s costs in light of its conduct in the case.

The Court observed that the First Defendant had repeatedly – and at different stages of the proceedings – refused to participate in mediation and that its explanations for the failure to engage in ADR were unsatisfactory. The Court also noted that the First Defendant’s conduct prior to the issue of proceedings had deprived the parties of the opportunity to fully canvas their cases and engage with the underlying issues. The Court then considered the Halsey criteria that guide whether a refusal to engage in ADR might be considered unreasonable (discussed in detail in this previous post) and observed that the factors did not consistently point in the same direction. On the one hand, there was nothing in the dispute that made it unsuitable for mediation, the cost of ADR would not have been disproportionately high, and any delay in setting up the mediation would not have been prejudicial. On the other hand, however, the First Defendant did attempt other settlement methods by making the without prejudice offer. On balance, the Court decided that the refusal to mediate by the First Defendant had been unreasonable.

With respect to the Second Defendant, the Court ruled that it had reasonably taken the view that the prospect of achieving a successful mediation would be unlikely without the participation of the First defendant. The Court therefore did not reduce the recoverable costs by the Second Defendant on this basis, though it did do so on other grounds. 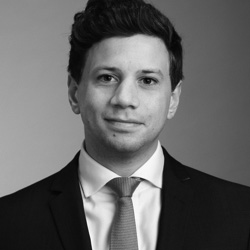