Sudan has become the 159th Contracting State to the 1958 New York Convention on the Recognition and Enforcement of Foreign Arbitral Awards. On 26 March 2018, Sudan deposited its instrument of accession to the Convention with the UN Secretary General. In accordance with its article XII (2), the Convention will enter into force in Sudan on 24 June 2018.

As of now, Sudan has not made any declarations, notifications or reservations regarding the application of the Convention. The most frequently made declarations are to apply the Convention only to: (i) recognition and enforcement of awards made in the territory of another contracting State (the so-called “reciprocity reservation”); and (ii) differences arising out of legal relationships that are considered commercial under the national law (the so-called “commercial reservation”). Sudan’s Arbitration Act adopted in 2016 contains a reciprocity reservation clause in Article 48 (e), suggesting that such a reservation may be made.

The Sudanese economy has been negatively affected by civil war and decades of international sanctions. Sanctions have been relaxed in recent years, however, and accession to the Convention is no doubt intended as a sign of a renewed commitment to attract foreign investment. Sudan is the 38th African State to become party to the Convention. 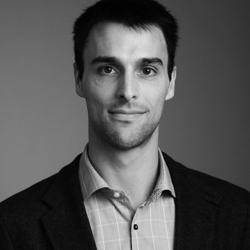