SOUTH AFRICAN CORRUPTION IN THE SPOTLIGHT – HOW WILL SOUTH AFRICA’S PROSECUTORS CLIMB THE MOUNTAIN AHEAD OF THEM?

For the past 18 months the leading stories in the South African media have served as daily reminders of the endemic corruption that is being laid bare for the South African public and international investors to see. Choose from any number of idioms about chickens coming home to roost, skeletons in closets or airing dirty laundry, the deeds of corrupt actors in South Africa are being exposed on an unprecedented scale. The South African public have seemingly reached the limit of what they are prepared to accept and the information is pouring into the public arena through the media, public interest organisations and every day citizens through whistleblowing actions or simple social media pressure.

Please click here to read our full briefing on recent developments in South Africa’s anti-corruption efforts and the obstacles that lie ahead for the country’s authorities.

The saga of Premier of the Free State, Ace Magashule

Recently Ace Magashule (Magashule), the former premier of the free state province, has dominated news headlines amid claims of corruption in a newly-released book by investigative journalist Pieter-Louis Myburgh titled Gangster State: Unravelling Ace Magashule’s Web of Capture. The book places Magashule at the centre of state capture in the Free State government. Myburgh ventures deeper than before into Magashule’s dealings, from his time as a struggling activist in the 1980s to his powerful rule as premier of the Free State for nearly a decade, and his rise to one of the ANC’s most influential positions – secretary general. Myburgh charges that “[the] premier of the Free State, Magashule was involved in everything that happened, from the hiring of municipal managers to the awarding of toilet paper tenders,” this allowed Magashule the influence needed to cripple the Free State. Magashule in response to the book has publicly denied any wrongdoing during his time as leader of the Free State and has commented that “we will prove in court that the man is a blatant liar.” Allegations of corruption surrounding Magashule include, but are not limited to:

The report into Steinhoff

An independent investigation was requested by retail company Steinhoff in December 2017 in the wake of Markus Jooste’s abrupt resignation as CEO and the precipitous plunge in the multinational’s share price after auditors flagged irregularities in its accounts. The report issued comprises 3000 pages and some 4000 documents as annexes. Steinhoff has previously said it would not be making the original report public as it contains confidential information but an overview has been released. The overview states that a “small group” of former Steinhoff executives inflated the profit and asset values of the Steinhoff group for years, the small clique of executives used “fictitious and/or irregular transactions” to inflate the group’s profits and assets by about 6.5bn euros between the 2009 and 2017 financial years. This translates to R106bn at current exchange rates. According to Steinhoff, the report said that three nominally third party companies were used in the decade-long fraud to inflate Steinhoff’s assets and profits. It named them as the Campion or Fulcrum Group; the Talgarth Group and the TG Group. Steinhoff’s former Chief Executive Officer Markus Jooste received almost $2.4m (roughly R34m at current exchange rates) of bonuses without required approvals in the months before the global retailer almost collapsed amid an accounting crisis. The findings raise further questions about the role Jooste played in the origins of Steinhoff’s scandal, widely described as South Africa’s biggest corporate fraud.

Steinhoff said that, as a next step, former Steinhoff executives and other non-Steinhoff individuals identified in the report will be invited to comment on its findings. It added it had resolved to pursue claims against certain individuals, but did not say who they were. Steinhoff said that the investigation covers what it calls phase 1, or a “period of detailed investigation”. This investigation will allow the conglomerate to publish its financial statements for the 2017 and 2018 financial years. But Steinhoff says it also envisages a second phase of investigation which will cover subjects that, while they are not material to Steinhoff’s financial statements, “may be significant for other reasons and will require further investigation, conclusion and resolution”. Steinhoff has been summoned to provide the Financial Sector Conduct Authority (FSCA) with the full report. 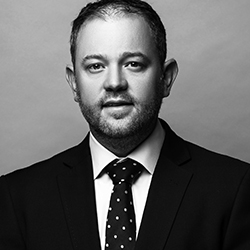 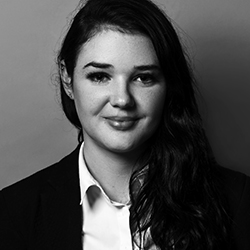