Global law firm Herbert Smith Freehills today announced that three leading South African lawyers will join the firm in its Johannesburg office. The hires – two partners and a senior consultant – are bringing well established teams with them, resulting in a total of 13 appointments.

Ross Lomax, a seasoned corporate transactions lawyer with a track record of advising on M&A deals focusing on the mining and renewable energy sectors, joins the firm on 1 August, together with a five-strong team. He brings the experience of developing a practice in the area of Black Economic Empowerment (BEE), a key economic driver of commercial activity in South Africa that covers all industries and sectors, and will be the second M&A partner in Johannesburg, after Rudolph du Plessis joined the firm in 2016. Ross comes to the firm from Norton Rose Fulbright in South Africa, where he was Head of Corporate, Mergers & Acquisitions.

Nick Altini joined the firm as a partner on 1 July from Baker & McKenzie, where he headed the firm’s South African competition practice. He brings a track record of advising high-profile companies on competition law as well as providing regulatory and compliance advice across the advertising, airline, entertainment and gaming sectors. Nick brings extensive experience in developing teams and is set to play a key role in the firm’s graduate recruitment going forward. He joined with director, Leana Engelbrecht. Together they add significantly to the bench strength of the firm’s competition, regulation and trade practice.

Rohan Isaacs joined Herbert Smith Freehills in June as a senior consultant alongside one other technology and privacy law specialist. With a focus on outsourcing, system implementation, public procurement and privacy he will support the expansion of the Johannesburg office’s TMT offering. Rohan was most recently the head of the TMT practice at Norton Rose Fulbright in South Africa.

These are the latest in a series of high-profile hires for the Johannesburg office, which has grown to a total team of about 70 since it opened in October 2015. By joining, Ross and Nick bring the number of partners in the office to seven.

Ed Baring, managing partner of the Johannesburg office, said: “Client demand for expertise and advice on mergers and acquisitions, competition and innovation through technology is constantly rising and we are meeting this demand by building our offer across the firm. The additions of Ross, Nick, Rohan and their teams, all of whom enjoy unparalleled reputations in the market, serve to demonstrate our determination to provide clients with access to the highest-quality advice under one roof.”

Over the past 30 years, Herbert Smith Freehills has established a leading position in Africa, acting on matters in all of Africa’s 54 countries. With one of the largest teams of common and civil law lawyers dedicated to Africa work, the firm operates across a large number of sectors in Africa, including energy, mining, TMT, banks, consumer and retail, and financial buyers.

The launch of the Johannesburg office – and its subsequent growth and success – has further strengthened the firm’s Africa practice. Consistently placed in the top tier by Chambers and Legal 500, Herbert Smith Freehills has more ranked lawyers for Projects & Energy Africa in Chambers Global than any other firm.

Herbert Smith Freehills’ M&A team provides market-leading capability on public and private mergers and acquisitions with particular strength and expertise in cross-border, high-value, complex M&A activity. We are consistently ranked in the top tiers in the UK and European directories for M&A and have a market-leading position in Asia-Pacific M&A league tables, by both volume and value of deals. Our key clients include major international and domestic corporate entities, the world’s leading investment banks, financial buyers, and public sector and government clients.

We advise clients on their most complex domestic and cross-border transactions across the globe. Our role frequently puts us at the heart of industries that are reshaping, restructuring and expanding into the world’s emerging markets. Our distinctive breadth of industry sector expertise gives us a top-tier reputation in industries such as energy, mining and infrastructure, financial services and TMT, some of the busiest industries for M&A activity in recent years.

Africa is an exciting region which continues to attract the interest of many of Herbert Smith Freehills’ clients. The firm already has a leading and long-established practice in Africa, having advised on numerous matters throughout the whole of the continent over the last three decades.

Our experience over the past 12 months includes advising on over 300 matters across a range of industry sectors and practice areas involving over 150 partners from across our global network. Recent deal highlights include advising Bharti Airtel on the sale of its operations in Burkina Faso and Sierra Leone to Orange SA; Vitol SA on the project finance and commercial aspects of its US$7 billion oil and gas project in Ghana with ENI supplying gas for power generation, reportedly the largest single project Foreign Direct Investment inflow to Ghana since Independence; and Mitsui on the negotiation of the acquisition from Vale of an interest in the Moatize coal mine in Mozambique and in the related Nacala rail and port infrastructure.

Herbert Smith Freehills was ranked top tier for Africa by Legal 500 EMEA 2016, which said that our “Johannesburg presence now gives the firm a virtually unrivalled offering in Africa”. 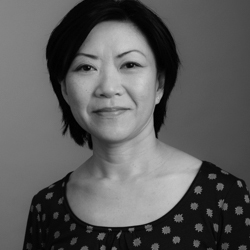