1.2 whether s67(1) of the Competition Act, 1998 provides an absolute time-bar against the initiation of a complaint in respect of prohibited conduct by the Commission more than 3 years after the cessation of the prohibited practice, or if it is merely a procedural time-bar capable of condonation; and

1.3 if s67(1) only provides a procedural time-bar, whether s58(1)(c) of the Competition Act provides the Competition Tribunal (“Tribunal”) with the statutory power to condone non-compliance with s67(1).

7.1 if a complaint is initiated against conduct involving certain named firms, and the Commission later discovers the involvement of additional firms which are then added by way of an amendment to the complaint, the relevant date of initiation for purposes of s67(1) for those additional firms can be taken to be the date of the original complaint (at least on similar facts to those in Pickfords).

7.2 even if the Commission is unable to show on the facts that it initiated a valid complaint against a prohibited practice within three years of the cessation of its effects, it will no longer automatically be barred from prosecuting the firms engaged in that prohibited practice, but can do so with leave from the Tribunal on good cause shown and if the interests of justice demand it so. 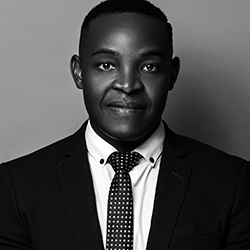