THE (IN)CONVENIENCE OF REPLICATED BOARDS

It is a common feature of corporate group structures for boards to be replicated throughout different entities within the group. There may be many reasons to do this, but a common reason is to ensure that the policies of the group, which are usually set at the holding company level, are efficiently and effectively applied across all of the subsidiary companies. A second benefit to the replication of company boards is perceived convenience: it makes it easier to convene and hold board meetings for various group companies on the same day.

It is a foundational principle of the law that the directors owe their fiduciary duties to the company, and not to the shareholders or any other party. This principle is an important consideration when directors are making decisions in a group setting. One of the most fundamental fiduciary duties with which a director is charged is to act in the best interest of the company. However, it may become difficult for a director to discharge this fiduciary duty where he or she is bound by a group policy, the implementation of which may not be in the best interests of the company. The idea that group policies can be applied on a wholesale basis throughout a group is not without its risks and each decision made by the board should be done with particular consideration for the particular company concerned. In addition to losses incurred by the company itself, a failure by a director to comply with his or her fiduciary duty may attract personal liability for the director concerned.

Although best practice in terms of corporate governance is to have some independent board members in a company, it is not a requirement for private companies in terms of the Companies Act, 2008. In practice independent board members are rarely appointed to the boards of private companies. Nevertheless, in an attempt to avoid instances of conflicts of interest, the Companies Act does provide that directors are required to make disclosures relating to personal financial interest in a transaction, as well as recuse themselves from voting on decisions relating to such transactions. As an additional safeguard to an abuse of power by a conflicted director, what constitutes a personal financial interest in terms of the Companies Act is relatively broadly defined and includes a transaction with a second company of which the conflicted director is a director.

A question arises: what happens in instances where two group companies with replicated boards transact with one another and all the directors are conflicted because they are appointed to both boards? This is not expressly dealt with in the Companies Act and, if all directors were required to recuse themselves from voting, no board decisions of this nature would ever be passed. As a result the position often taken in practice is that the entire conflicted board should pass a resolution on the matter. The decision should then be ratified by an ordinary resolution of the shareholders of the company, in the same manner as is required by the Companies Act where the sole director of a company is conflicted.

This process raises a potential concern in relation to the governance of the company and the duties of the board to the company. Due to the conflicts between boards involved in the same transaction, board decisions related to intra-group transactions are elevated to decisions of the shareholders. In this way, directors are being disenfranchised of their decision making powers due to the structure of the intra-group boards, which also inhibits the directors in the exercise of their fiduciary duties. The board might approve an intra-group transaction only to find that it is not ratified by the shareholders and is therefore not capable of being implemented or, if already implemented, is voidable in terms of the Companies Act. The requirement to pass both board and shareholder resolutions also does away with much of the perceived convenience of being able to hold a number of board meetings one after the other.

Although there is nothing preventing private companies from having the same board members sitting on multiple subsidiaries, the issues set out above are some of the issues that directors should be aware of in the exercise of their duties, especially in the current era of heightened scrutiny by stakeholders of corporate governance. 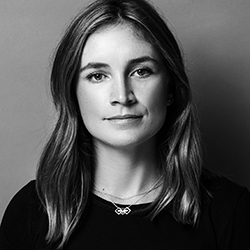 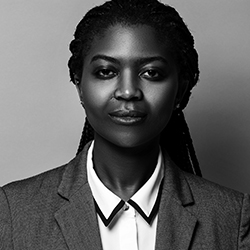