In support of its decision, the court found that there was a reasonable likelihood that the proposed exploration activities would violate the applicants’ (and the communities whom they represent) rights to an environment which is not harmful to their health and well-being,[2] to participate in and enjoy the cultural life of their choice,[3] as well as to just administrative action.[4]

In response to the order, Shell terminated the contract with the company responsible for conducting the seismic survey. The Amazon Warrior, the vessel in question, has since left South Africa’s coastal waters.[5]

This judgment forms part of a series of significant South African and international decisions (including the Baleni[6], Malendu[7], and Okpabi[8]) which confirms that companies – particularly those in the extractives sector – must take the rights of communities seriously or risk the chance of suffering significant financial loss.

The decision should, however, not be seen as an assault on the private sector, but rather as guidance on the approach which extractive companies ought to follow when intending to undertake any exploration and production activities. According to the decision, it is critical for companies to consult meaningfully with communities as part of the licence application process. In doing so, companies should apprise communities of the nature and extent of their proposed activities in a form which is easy for the communities understand.

History is littered with examples of operations which fail when extractive companies lose their social or societal licence to operate. Owing to the critical role which the extractives sector will play in the transition away from fossil fuels, the world cannot afford any further unnecessary delays. It is therefore important that governments, communities, and the private sector work together to ensure a just transition to a sustainable economy.

In the remainder of this note we consider the background to the dispute between the Eastern Cape communities, Shell and the South African Government as well as some of the key points from the judgment.

During November 2021, civil society organisations initiated a campaign over news that one of Shell’s subsidiaries, Impact Africa Limited, planned to commence a nearly five month long seismic survey off the Wild Coast in the Eastern Cape Province of South Africa.

Soon after the news broke, several non-profit companies, individuals and a communal property association (the Applicants) instituted an application for an urgent injunction in the Eastern Cape High Court. The application comprised two parts. Under Part A (which is the subject matter of the recent decision), the Applicants sought an interim injunction against Shell that would prevent it from proceeding with the seismic survey.[9] The injunction would remain in place until Part B of the application is finalised.

Under Part B (which will be argued at a future date), the Applicants requested the court to order a permanent injunction that would prohibit Shell from proceeding with the seismic survey until it obtains the necessary environmental authorisation(s) under the National Environmental Management Act, 1998 (NEMA).

As indicated in the introduction, the Applicants’ case was based on their right to an environment which is not harmful to their health and well-being,[10] to participate in and enjoy the cultural life of their choice,[11] as well as to just administrative action.[12]

The right to just administrative action (which include procedural fairness) was particularly important in this matter because the Applicants’ case rested on the fact that they were not consulted before the exploration right (under which the seismic activities would be conducted) was granted. This, in their view, amounted to a fatal flaw in the exploration right application process.[13]

The court agreed with the Applicants[14] and held that “meaningful consultation entails providing communities with the necessary information on the proposed activities and affording them an opportunity to make informed representations“.[15] In support of its decision, the court indicated that the consultation process was “inadequate and substantially flawed”[16] for at least the following reasons:

On the strength of its reasoning, the court held that Shell’s Exploration Right was awarded on the basis of an inadequate and substantially flawed public consultation process.[22] In light of this finding, the court indicated that the exploration licence was also unlawful and invalid.[23]

First, the impact which the seismic survey activities would have on the role which the ocean played in the communities’ cultural life as well as their traditional practices.[25] Second, the impact on the Wild Coast’s marine life, including vulnerable species such as the humpback dolphin, turtles and zooplankton.[26] Finally, that impact which the proposed exploration activities would have on the livelihoods of the small scale fishermen who reside in the Wild Coast.

Shell failed to provide any expert rebuttal to the Applicants’ experts’ allegations in respect of the first and second set of harm. The court therefore found that the Applicants’ allegations were undisputed.[27] The court moreover held that the allegations in respect of the irreparable harm to marine life adequately established how Shell’s conduct would negatively impact the livelihood of coastal fishermen.

The court held that the balance of convenience favoured the Applicants for two reasons. First, while the injunction may result in Shell suffering financial loss, the loss cannot justify the infringement of constitutional rights. In the court’s view, “where constitutional rights are in issue, the balance of convenience favours the protection of those rights.”[28] Second, Shell could not use its failure to consult the Applicants meaningfully as a ground for why the interim interdict should not be granted.[29]

In addition, in light of the evidence which the Applicants’ experts provided, there was a real chance that the Wild Coast’s marine life would be harmed. The precautionary principle may therefore be justifiably invoked. This approach is enshrined in section 2(4)(a)(vii) of NEMA which provides that the principle of sustainable development requires that “a risk-adverse and cautious approach is applied, which takes into account the limits of current knowledge about the consequences of decisions and actions”.[30]

Availability of an alternative remedy

Finally, Shell requested the court to consider whether the Applicants should have requested the Minister of Mineral Resources and Energy (Minister) to cancel the exploration right through the mechanism created under sections 47 and 90 of the Mineral and Petroleum Resources Development Act, 2002 (MPRDA).[31]

The court found that the mechanism was not a satisfactory remedy for two reasons. First, it was a time-consuming process “which would allow for the continuous threat of the Applicants’ rights”.[32] Second, the Minister had tweeted that the objections to Shell’s activities constitute “apartheid and colonialism of a special type”. In the court’s view, the Minister’s emotive tweets indicated that he was potentially biased towards Shell which would have tainted any decision under sections 47 and 90.[33]

In the circumstance, the court found that there was no suitable alternative remedy available to the Applicants.

The court found that the Applicants’ had successfully established a case for an interim injunction and ruled in their favour. In addition to prohibiting Shell from continuing with the seismic survey, the court also ordered that Shell and the Minister pay the Applicants’ costs.

[3] Sections 30 and 31 of the Constitution. The rights which section 30 vest on persons is limited to the extent that persons may only participate in cultural life where it is not inconsistent with any provision of the Bill of Rights.

[9] The surveying activities were authorised under Exploration Right 12/3/252.

[11] Sections 30 and 31 of the Constitution. The rights which section 30 vest on person is restricted to the extent that persons may only participate in cultural life where it is not inconsistent with any provision of the Bill of rights.

[13] The duty to consult in a requirement under the Mineral and Petroleum Resources Development Act, 2002 as well as central tenant of the right to just administrative action.

[14] Shell contended that the Applicants’ right to meaningful consultation had not been infringed as it had complied with and exceeded the consultation obligations imposed on it under the applicable laws.

[17] Shell should have published notices in community newspapers and on local radio stations. Paragraph 22 of the Judgment.

[19] The Applicants argued that this approach derives from “colonial and Apartheid eras” and did not accord with the communities’ rules of consultation and consensus. Moreover, the Kings that Shell consulted did not have jurisdiction over aseQaukeni (Eastern Pondonland). The Kings were therefore not empowered to speak on behalf of the customary fishers along the Wild Coast. See Paragraph 26 of the Judgment.

[23] Paragraph 34 of the Judgment. As the Applicants did not request the court to declare the exploration right invalid and set it aside, the statement is only obiter dictum.

[25] In relation to cultural harms, the court accepted the traditional practices and the significance of the ocean to the communities on the Wild Coast as attested to by the Applicants and their experts. Shell did not deal with any of the aspects relating to cultural and spiritual harms.

[26] In this regard, the Applicants submitted the findings of ten experts, which broadly aligned with one another. Overall, the expert evidence indicated, among other things, that Shell’s 2013 environmental management programme was outdated, especially given the numerous studies conducted post 2013 that identified “a real threat that the marine life would be irreparably harmed by the seismic survey”. Paragraph 64 of the Judgment.

[27] In response to the alleged impact on the marine life, Shell submitted the affidavit of its Country Chair of Shell Downstream (Pty) Ltd who did not have the requisite experience to dispute the allegations. The court placed no value on Shell’s attempted rebuttal. See paragraph 50 of the Judgment.

[31] Section 90 of the MPRDA empowers the Minister to cancel an exploration right and section 47 stipulates the procedure which the Minister must follow when s/he intends to do so. Paragraphs 74 and 75 of the Judgment. 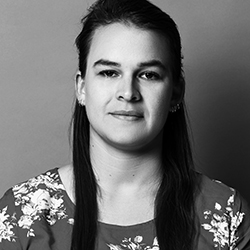