The Supreme Court has confirmed that the English court has jurisdiction to injunct the continuation or commencement of foreign proceedings brought in breach of an arbitration agreement, even in the absence of an actual, proposed or intended arbitration (Ust-Kamenogorsk Hydropower Plant JSC (Appellant) v AES Ust-Kamenogorsk Hydropower Plant LLP (Respondent) [2013] UKSC 35). Following the now famous West Tankers¹ decision, it should be noted that this power only applies against jurisdictions which fall outside the Brussels Regulation and Lugano Convention (ostensibly, non-EU countries).

AES Ust-Kamenogorsk Hydropower Plant LLP (AES UK) leased a concession to operate a hydroelectric plant in Kazakhstan. Ust-Kamenogorsk Hydropower Plant JSC (JSC) was the owner of the concession. The concession agreement between the two parties was governed by Kazakh law but contained an arbitration clause under the ICC Rules with a London seat. The relationship between the two parties deteriorated and JSC (and its predecessor company) commenced a number of Kazakh court proceedings against AES UK.

AES UK obtained an interim anti-suit injunction against the Kazakh court proceedings from the English court. On 16 April 2010 Burton J issued a final anti-suit injunction ordering that JSC was restrained from bringing any claim arising out of or in connection to the Concession Agreement “otherwise than by commencing arbitration proceedings in the International Chamber of Commerce in London and pursuant to its Rules“. JSC appealed the decision to the Court of Appeal which upheld Burton J’s order. JSC then appealed to the Supreme Court.

The issue before the Supreme Court

The Supreme Court was asked to consider the inter-relationship between the generally worded power of the court under the Senior Courts Act and the more specific jurisdiction under the Arbitration Act. This involved a number of significant questions of policy and legislative intent. Was the Arbitration Act meant to be exhaustive and contain all powers exercisable in support of arbitration? Did the court have jurisdiction to protect and enforce an agreement to arbitrate, or was that jurisdiction limited to protecting an actual arbitration?

In short, could and should the English court rely on s37 of the Senior Courts Act to declare that a claim could only properly be brought in arbitration and injunct the continuation of commencement of proceedings brought in another forum despite the fact that an arbitration was not underway?

In contrast, AES UK argued that an agreement to arbitrate was a contractual agreement not to bring proceedings in another forum and that this right was enforceable independently of the existence or imminence of any arbitral proceedings. AES also argued that the reference in s44(2)(e) to the granting of an interim injunction was not intended to exclude the Court’s general power to act under s37 of the Senior Courts Act.

The Supreme Court agreed with AES UK’s position. The general power provided by s37 of the Senior Courts Act must be exercised sensitively and with due regard for the scheme and terms of the Arbitration Act. However, it remained open to the court to grant an injunction under s37 to protect the right of AES UK to enforce the negative aspect of its arbitration agreement with JSC, even where no arbitration was commenced or proposed.

It therefore followed that Burton J had jurisdiction under s37 of the Senior Courts Act to make the order he did, and the Court of Appeal was right to dismiss JSC’s appeal.

This decision is a practically significant one. The Supreme Court has confirmed that a party does not need to bring an arbitration in order to obtain the court’s protection of its arbitration agreement. Provided the foreign proceedings are not within the Brussels or Lugano regimes, the English court has the power under s37 of the Senior Courts Act to issue an injunction restraining a counterparty from pursuing proceedings in apparent breach of the arbitration clause. This power is exercisable even where no arbitration has been commenced or proposed. As with all anti-suit injunctions, however, its effectiveness will depend on the willingness of the counterparty and foreign court to abide by the English court order. 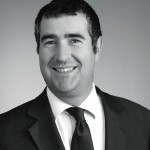