The Court of Appeal of the Lagos Judicial Division recently issued a pro-arbitration decision holding that courts may only intervene in arbitral proceedings where specifically permitted by Nigeria’s arbitration law and set aside an injunction obtained ex parte by Nigeria’s state oil company NNPC restraining arbitration proceedings brought by Chevron and Statoil.

Meanwhile, the Democratic Republic of Congo (DRC) has become the 150th state to accede to the New York Convention, making a notable reservation that excludes enforcement of arbitral awards that relate to mining interests in the DRC.

Whilst these developments continue the encouraging trend towards international norms in arbitration judicial practice and legislation in parts of Africa, careful planning and an awareness of the continent’s legal diversity remain as important as ever for businesses operating in the region.

Foreign parties involved in arbitrations either seated inside or outside of Africa face the risk of interventionist practices by local courts which may be less familiar with international arbitration.

The Court of Appeal of the Lagos Judicial Division issued a decision on 12 July 2013 which evinced a more pro-arbitration approach. In October 2012, the Nigerian National Petroleum Corporation (NNPC) successfully obtained an ex parte injunction from the lower courts in Lagos restraining arbitration proceedings in relation to NNPC’s tax dispute with Chevron and Statoil on the basis that tax matters are non-arbitrable. Chevron and Statoil appealed the injunction.

The injunction was overturned on a number of grounds: in particular, NNPC had failed to comply with the requirements for an ex parte injunction, including its duty to fully and frankly disclose material facts to the lower courts. One such example was the arbitral tribunal’s offer to hear submissions as to arbitrability in a bifurcated proceeding, which NNPC had rejected. NNPC had also failed to prove the urgency that might warrant an ex parte application.

Arguably the most important part of the decision was the Court’s strict interpretation of Section 34 of Nigeria’s Arbitration and Conciliation Act which provides that “A court shall not intervene in any matter governed by this Act except where so provided in this Act.” The Court held that the word “shall” was mandatory and that the Act did not provide any exception to the prohibition on intervention that would permit the court to issue an ex parte interim injunction.

Whilst this decision is good news for parties conducting arbitrations seated in Nigeria, it remains to be seen whether the same approach will be followed by the Court in the appeals pending against NNPC’s injunctions restraining other arbitrations brought by international oil majors.

The DRC’s cautious embrace of the New York Convention

In July 2012, the DRC became a Member State of OHADA (Organisation pour l’Harmonisation en Afrique du Droit des Affaires – Organisation for the Harmonisation of Business Law in Africa) which permitted the enforcement of foreign arbitration awards seated in other OHADA states. About a year later, on 26 June 2013, President Joseph Kabila, signed Law No. 13/023 authorising the DRC’s accession to the New York Convention. As the treaty’s 150th signatory, the DRC has expanded the scope of foreign arbitral awards that may be enforced by its courts, but with four reservations.

The first two reservations are fairly common amongst Convention signatories, being provided for by Article I(3) of the Convention – namely (1) the reservation on the basis of reciprocity whereby the DRC will apply the Convention only to the recognition and enforcement of awards made in the territory of another Contracting State, and (2) only to differences arising out of legal relationships, whether contractual or not, which are considered as commercial under the national law of the DRC. What constitutes “commercial” activities in the DRC are broadly defined by various OHADA Uniform Acts.

The third and fourth reservations appear to signal a protectionist approach by the DRC government as regards its mining industry and to address concerns that accession to the Convention would result in local enforcement proceedings of arbitration awards owned by FG Hemisphere against DRC’s state mining company Gécamines (click here to view our earlier post on this case). The third reservation specifies that enforcement of awards under the Convention will only be possible in relation to awards which post-date the DRC’s accession. The fourth and most notable reservation is that the DRC will not apply the Convention to awards related to immovable property situated in the DRC, thereby excluding real estate, and in particular, mining rights (defined as immovable property by Article 3 of the DRC’s Mining Code).

In 2012, the DRC’s growth rate was 7% and yet the country came in the bottom five in the World Bank’s “ease of doing business” survey. Whilst the extractive industries remain DRC’s largest source of export income, its reservation to the scope of the New York Convention in relation to mining rights will not of itself accelerate in-flows of foreign direct investment into the sector. This will be seen by some as a missed opportunity.

These developments continue the encouraging trend towards international norms in arbitration judicial practice and legislation in parts of Africa. However, it is clear that careful planning and an awareness of the continent’s legal diversity remain as important as ever for businesses operating in the region. 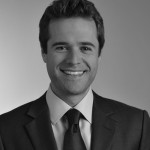