In Ioan Micula and others v Romania (ICSID Case No. ARB/05/20), an ICSID tribunal considered whether Romania was in breach of the Sweden-Romania bilateral investment treaty.

The majority of an ICSID tribunal (Laurent Lévy and Stanimir Alexandrov) held that Romania breached the fair and equitable treatment standard in the Sweden-Romania bilateral investment treaty by repealing incentives offered regarding investments made in some of the country’s deprived regions. A different majority (Laurent Lévy and Georges Abi-Saab) dismissed the claimants’ allegation that Romania had breached the umbrella clause in the BIT due to lack of evidence. The tribunal also discussed the role of EU law within the context of investment treaty disputes.

The award is of interest as it discusses in detail the FET standard and even proffers a test in respect of the stability aspect often considered to fall within the scope of FET. The award also concludes (departing from other cases) that unilateral declarations made by a state would fall within the scope of an umbrella clause. Finally, the discussion in the award of EU issues is topical, given the number of ongoing disputes where the inter-relation between EU law and investment treaty arbitration is in issue.

The Agreement between the Government of the Kingdom of Sweden and the Government of Romania on the Promotion and Reciprocal Protection of Investments dated 1 April 2003 (BIT) contains the following relevant provisions:

The dispute arose from Romania’s revocation of some economic incentives for the development of some of its impoverished regions (Incentives). The Incentives were created by legislation enacted in 1988 by Emergency Government Ordinance 24/1988 (EGO 24). This legislation made available to investors tax incentives, including custom duty exemptions. Within the EGO 24 framework, the claimants (two individuals, Ioan Micula and Viorel Micula) and three companies based in Romania (European Food SA, Starmill SRL and Multipack SRL) made investments in Romania. They argued that these investments were made in reliance on the expectation that the Incentives would be maintained for a ten year period. Within the context of its efforts to become an EU member state, Romania revoked the Incentives in February 2005.

In August 2005, the claimants commenced an ICSID arbitration arguing that Romania had violated the BIT. Romania objected to the tribunal’s jurisdiction. On 24 September 2008, the tribunal rendered its Decision on Jurisdiction and Admissibility, dismissing Romania’s objections.

In the merits phase of the arbitration, the parties disagreed on issues of applicable law and, in particular, the role of EU law within the context of the dispute. Romania argued that the BIT must be interpreted consistently with EU law. Specifically, it argued that:

As an alternative argument, Romania maintained that, if the BIT were to be found incompatible with EU law, the latter should prevail on the basis of the principle lex specialis derogat legi generali: in respect of state aid, EU law would be more specific than the BIT.

The claimants added that, even if under EU law Romania was obliged to phase out the Incentives, this would not excuse Romania’s alleged breaches of the BIT and international law. According to the claimants, pursuant to Article 12 of the ILC Articles on State Responsibility, the origin or character of a breach is irrelevant in determining the existence of a breach of an international obligation.

Specifically, the claimants argued that the revocation of the Incentives:

In essence, Romania argued that the claimants bore the risk of regulatory change. In any event, it had exercised its powers in a non-discriminatory fashion and to advance public welfare, so it could not be concluded that it breached the BIT.

More specifically, Romania argued that the claimants did not establish in the arbitration that Romania had promised not to change the incentive regime in issue. Even if it had made such a promise, Romania argued that the claimants did not rely on it to make their investments or, if they did, that reliance was unreasonable. Romania also contended that the changes in the incentive regime did not violate the BIT as its actions were reasonably related to a rational policy, namely EU accession.

A majority of the tribunal held that Romania was in breach of the FET obligation in the BIT. A different majority dismissed the claim based on the umbrella clause, due to lack of evidence.

The tribunal observed that Romania was not a party to the EU when the BIT was negotiated and concluded in 2003. There was therefore “no real conflict of treaties”. The tribunal further considered that the relevant issue in this case was whether EU law plays a role in the interpretation of the BIT. In this regard, the tribunal considered the following:

In this regard, the tribunal noted that the parties “appeared to agree” that EU law formed part of the factual matrix of the case. It noted that this was especially relevant in relation to the issue of whether Romania acted fairly and equitably. In fact, in its FET analysis (see below), the tribunal found that the repeal of the Incentives was motivated by concerns arising from Romania’s accession to the EU. It seems that this would have helped Romania persuade the tribunal that it did not breach the FET standard. However, the fact that Romania phased out the Incentives but kept some of the claimants’ related obligations under EGO 24 (which was not the result of EU pressure) led to a majority finding that Romania was in breach of the FET standard.

Breach of the umbrella clause

The majority of the tribunal (Laurent Lévy and Georges Abi-Saab) followed the ruling in Eureko v Poland, and concluded that “any” obligations entered into with regard to investments would be protected by the umbrella clause. The tribunal reasoned that the existence of an “obligation” should be determined according to “governing law”, in this case, Romanian law. The majority concluded that the claimants had not provided enough evidence and legal argument on the content of Romanian law for the tribunal to find the existence of an obligation protected by the umbrella clause. Accordingly, the majority dismissed this claim.

Stanimir Alexandrov, dissenting, considered that it was not necessary for the claimants to establish that there was a vested or actionable obligation under Romanian law. In his view, it would suffice to show that Romania undertook a firm commitment towards the claimants.

Breach of the FET standard

The tribunal observed that the BIT did not provide much assistance in respect of the meaning of the terms “fair” and “equitable”. It suggested that the real question was how the terms “fair” and “equitable” should be applied to the facts of the case. The tribunal pointed out that the determination of the content of the FET standard does not depend on idiosyncratic views. It should be based on state practice and judicial or arbitral case law or other sources of international law. The tribunal added that the conduct in question does not need to be egregious to amount to a violation of the FET standard.

It was common ground between the parties that the FET standard should be interpreted considering the object and purpose of the BIT, as reflected in its Preamble. In the tribunal’s view, the object and purpose of the BIT was to intensify economic co-operation between Sweden and Romania. Bearing that in mind, the tribunal stated that it favoured a balanced view of the goals of the BIT similar to that adopted by the tribunal in Saluka Investments BV (Netherlands) v Czech Republic.

The tribunal discussed a number of types of conduct that would violate the FET standard, namely conduct that is substantially improper (for example, conduct that is arbitrary, manifestly unreasonable, discriminatory or in bad faith). It then analysed the protection granted by the BIT in respect of regulatory changes. The tribunal indicated that the FET standard in the BIT could not be interpreted as the equivalent to a stabilisation clause. It observed that a state may always change its legislation, taking into consideration that:

If a change in legislation fails to meet these requirements, while the legislation may be validly amended as a matter of domestic law, the state may incur international liability.

The tribunal then discussed the transparency and consistency duties that would arise out of the FET standard. Although it relied upon Tecmed v Mexico (ICSID Case No. (AF)/00/2) in this respect, it suggested that transparency and consistency should be gauged against the circumstances of the case, so the obligations placed upon a state are realistic.

The majority also concluded that Romania failed to act transparently by failing to inform the claimants in a timely manner that the regime would be terminated before its stated date of expiration.

The tribunal did not find evidence on the record that Romania had acted in bad faith and therefore dismissed this allegation.

In light of its finding on the FET standard, the tribunal considered it unnecessary to rule on the unreasonable impairment and expropriation arguments advanced by the claimants.

The claimants sought RON2,655.23 million (EUR597 million as stated in the award) in damages. The majority of the amounts were sought in respect of lost profits. In the event, the tribunal awarded the claimants RON376 million (around EUR83 million), plus interest. It has been reported that if interest is considered, total damages will reach USD 250 million (around EUR 184 million).

The award touches on a number of issues that are not settled in the field of international investment treaty arbitration. The fact that, in some respects, the arbitrators in this case were unable to make a unanimous decision, coupled with the shifting majority/minority, is a testament to the number of unsettled issues with which the tribunal had to deal. One such issue concerns the umbrella clause. In the award, the majority (Laurent Lévy and Georges Abi-Saab) appears to consider that “obligations” arising from unilateral declarations would be protected by the umbrella clause. Other tribunals construing the term “entered into” (which is employed in the BIT) have concluded that an umbrella clause would protect only contractual undertakings (for example, CMS v Argentina (ICSID Case No. ARB/01/8)). Mr Alexandrov advanced a more expansive construction of the umbrella clause in the BIT: he saw some stabilisation elements that would have been protected by the umbrella clause.

The role of EU law in respect of intra-EU investment treaty disputes is another issue as to which arbitral tribunals have held different views. The tribunal suggested that EU law would be part of the factual background to the case. By contrast, in Electrabel SA v Hungary (ICSID Case No. ARB/07/19), the arbitral tribunal considered that EU law was applicable law. There are a number of pending cases in which this is an issue in dispute.

The tribunal discussed in some detail the scope and application of the FET standard. In so doing, it attempted to find a middle-ground in relation to some of the aspects of the FET standard. For example, in respect of the stability strand in the FET standard, the tribunal attempted to formulate a balanced test to determine when legislative change would not contravene a treaty (that is, where an investor’s legitimate expectations are protected and the state’s conduct is both substantially and procedurally proper). It remains to be seen whether the tribunal’s formulation would help clarify the fuzzy contours of the FET standard. Furthermore, although the tribunal relied upon the Tecmed formulation in respect of transparency and consistency, it distanced itself from an application that could, in the words of the tribunal in Saluka v Czech Republic (UNCITRAL) as quoted in the award, “impose upon host States obligations which would be inappropriate and unrealistic.” 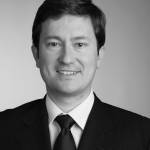 A version of this article has previously been published by Alejandro Garcia, Herbert Smith Freehills LLP on PLC Arbitration.