Ecuadorian Bill for the Enforcement of Awards and Judgments: will recent developments give the bill further impetus?

The Bill for the Enforcement of Awards and Judgments was introduced into the National Assembly of Ecuador in December 2013, against the backdrop of the ongoing dispute between Chevron and Ecuador which is playing out in a number of fora. Recent developments in this matter, as well as the US Supreme Court’s decision in the case of BG v Argentina, in which Ecuador had submitted an amicus curiae brief in support of Argentina, may give Ecuador further will to bring the Bill into law.

The Bill seeks to amend various pieces of legislation, including Ecuador’s Arbitration Law (the “Ley de Arbitraje y Mediación”), with the objective of strengthening the mechanisms of protection of public resources and services. The Bill attempts to achieve its purpose by two broad means, firstly, by amending provisions relating to the enforcement of foreign awards and other measures issued by arbitral tribunals and secondly, by amending laws to bolster the protection given to State assets and resources.

According to the Explanatory Memorandum of the Bill, existing mechanisms have proven insufficient to preserve the integrity of public resources from “illegitimate” enforcements, attachments and other measures taken against State property in the satisfaction of judgments and arbitral awards against the State, an experience expressly stated as one similarly shared by Ecuador’s sister republics, and specifically, the Republic of Argentina. The Explanatory Memorandum also highlights the need for the creation of rules to regulate the performance and compliance of the Ecuadorian State with rulings adverse to its interests.

Whilst Ecuador has signed the New York Convention on Recognition and Enforcement of Foreign Arbitral Awards, if passed into law, the Bill will have the effect of making enforcement of foreign awards more onerous and enforcement against state assets more difficult.

The Bill’s arrival must be seen in the context of developments in the on-going legal saga between Chevron Texaco and Ecuador, a case being battled out in the US courts, amongst others, as well as the international arbitration proceedings being brought under the US-Ecuador Bilateral Investment Treaty. Notably, the arbitral tribunal constituted under the US-Ecuador Bilateral Investment Treaty recently determined that an earlier lawsuit (in which the Ecuadorian courts issued a US$9.5 billion judgment against Chevron) should not have proceeded and will consider whether damages must be paid to Chevron, a figure which reportedly could reach hundreds of millions (or more) of dollars. The decision of the arbitral tribunal followed an earlier issue of interim awards requiring Ecuador to take all necessary measures suspend or cause to be suspended the enforcement of the Ecuadorian court judgment, with which Ecuador failed to comply.

The reference made to Argentina in the Explanatory Memorandum refers to the recent settlement by Argentina of five investment treaty arbitration awards, pursuant to which it paid a total of over US$450 million plus interest, as well as the dispute between Argentina and the BG Group and in particular, recent litigation in the US Supreme Court, in which Ecuador submitted an amicus curiae brief in support of Argentina´s position.

On 3 March 2014, and after the introduction of the Bill, a US Court ruled that the US$9.5 billion Ecuadorean court judgment against Chevron was the product of fraud and is therefore unenforceable in the US. Additionally, on 5 March 2014, in the matter of BG Group v. Argentina, the US Supreme Court ruled that the appeal court had erred in setting aside a US$185 million UNICTRAL award obtained by BG in 2007 as compensation for measures taken by Argentina during the state’s 2001-2002 financial crisis, in what were deemed to be a breach of the UK-Argentina Bilateral Investment Treaty. Such developments may increase the impetus to pass the Bill into law.

As mentioned, the Bill appears to have two key points of focus. Firstly, the Bill seeks to amend provisions relating to the process for the enforcement of foreign awards and other measures issued by arbitral tribunals against State property. Secondly, the Bill seeks to amend various laws with a view to bolstering the protection given to State assets and resources against the enforcement of judgments, arbitral awards and other decisions contrary to the interests of the Ecuadorian State.

Enforcement of Foreign Awards in Ecuador

The process for the enforcement of foreign arbitral awards in Ecuador has to date not been uniform. One of the reasons is the existence of certain ambiguities in the law; a situation which the Bill, if enacted, could potentially perpetuate.

Currently, Ecuador’s Law of Arbitration and Mediation (“the LAM“), does not distinguish between foreign and domestic awards. Pursuant to Article 42 of the LAM, awards rendered in international arbitration proceedings have the same effect and must be enforced in the same manner as awards rendered in domestic arbitration proceedings, which, according to Article 32, is as a local court judgment through the procedure for “enforcement without delay” (vía de apremio) set out in the Civil Procedure Code. Ecuador´s Judicial Code, however, requires, with respect to the enforcement of foreign judgments (and awards) an additional step of recognition prior to enforcement.

The Bill proposes the addition of a new final paragraph to Article 42 of the LAM, which is contrary to the principle of equal treatment provided to foreign and domestic awards outlined in Article 42 itself. The Bill proposes to change the competent authority for the recognition and the enforcement of foreign awards and decisions, to the President of the National Court of Justice (currently being the provincial courts and courts of first instance). A corresponding amendment is proposed to Article 143 of Ecuador´s Judicial Code, which, in addition to changing the competent authority to the President of the National Court of Justice, expressly requires the President to ensure the award or decision’s conformity with Ecuadorian domestic law and public policy and where necessary, submit a query to Ecuador´s Constitutional Court. The amendment to Article 42 also includes express reference to the enforcement of decisions of an arbitral tribunal, in addition to awards.

Further confusion may arise when the new proposed text for Article 42 is read together with the existing unmodified text. The existing text refers to awards rendered in an international arbitration proceeding whereas the amendment refers to awards and decisions of “International Arbitration Tribunals”. It is unclear whether the Ecuadorian legislator intends to draw some type of distinction here or whether this is simply an inconsistency in the drafting.

Mechanisms for the protection of State resources

Ecuadorian law does not contain specific rules for the enforcement of an award or other orders made by an arbitral tribunal against the assets of a State or a State entity. It does however provide certain State assets with additional protection in the context of enforcement proceedings and other measures issued by arbitral tribunals, such as for the attachment of property and other interim measures. The Bill proposes the inclusion of additional measures to increase the protection given to State assets.

Currently, Article 170 of the Code of Planning and Public Finances provides public funds deposited in the Centralised Treasury Account (Cuenta Única del Tesoro), Ecuador’s central public treasury account, with immunity from enforcement of judgments (which given the equality of treatment in the enforcement of judgments and arbitral awards, would include awards), attachment orders and other interim measures. Article 170 also currently states that public entities and organs must immediately comply with enforceable and final judgments, which again, must be understood as also applying to compliance with arbitral awards. The Bill proposes small modifications to Article 170. Firstly, public sector organisations and agencies would be required to comply with enforceable and final judgments, through the “special procedure” outlined in the Civil Procedure Code, rather than “immediately” (although as to which special procedure must be followed, it is not clear). Secondly, the Bill makes a small clarification in Article 170 to specify that funds deposited in the Single Treasury account are also immune from measures of enforcement.

A small amendment is also proposed to Article 168 of the Code of Planning and Public Finances. Presently, prior to investing public financial assets (recursos financieros públicos) internationally (i.e., outside of Ecuador), authorisation must first be obtained from the governing body of public finances. The amendment to Article 168 provides an exemption from such requirement with respect to the investment and operation of international investment assets of the Central Bank of Ecuador, including the International Reserve of Liquid Assets (Reserva Internacional de Libre Disponibilidad), the Central Bank of Ecuador’s reserve of liquid foreign currency resources.

Finally, the inclusion of a new article in the Code of Planning and Public Finances is also proposed. If adopted, the proposed new article would require the Central Bank of Ecuador and other financial institutions holding public funds or other resources of a public nature, to seek authorisation from the governing body of public finances in Ecuador prior to complying with any order from a competent court for enforcement or any other similar type of measure against such resources.

The Bill proposes the incorporation of a new provision to deem operations undertaken by public institutions or public enterprises, through the Central Bank of Ecuador, whether in Ecuador or abroad, as operations of a public rather than commercial nature. The amendment, which would affect Article 27 of the Monetary System and National Bank Law, therefore establishes a legal framework to increase the protection given to these types of operations, by including them within the scope of immunities offered to operations of a public nature.

The Bill also proposes the insertion of a new final clause in Article 41 of the Monetary System and National Bank law. Article 41 presently provides assets of the International Reserve of Liquid Assets with immunity from attachment, seizure or any other types of interim or other measures and enforcement. The Bill proposes to extend this protection to funds of any character, deposited in Ecuador by central banks or similar institutions, where such institutions are depositaries of international reserves of sovereign States. The Bill also proposes (through an amendment to Article 38 of the Law of Public Companies) that the same protection be granted to assets of public companies, which would make shares, participations, interests, titles, tangible and intangible assets and any other assets of public companies immune from attachment and from any kind of enforcement proceedings.

Finally, the Bill proposes the addition of a new clause in Article 36 of the Labour Code. Presently, the Labour Code provides that an employer and its representatives are jointly responsible with respect to their relations with a worker. The proposed amendment to Article 36 provides an exception with respect to public sector entities and companies. Such amendment would thereby prevent the enforcement of any judgment or interim measures against the legal representatives or administrators of public companies.

If enacted, the proposed amendments are likely to add an additional level of difficulty in enforcing a foreign award against Ecuadorian State assets as well increase the difficulty in the issue of interim measures against State property by an arbitral tribunal. The Bill, if enacted, will widen the protection given to Ecuadorian State assets held in State reserves, assets of other sovereign States held in Ecuadorian State reserves and the assets of Ecuadorian public companies in the context of enforcement proceedings. The Bill also proposes changes to the process for the enforcement of foreign judgments and awards by amending the competent judicial authority and expressly requiring that foreign awards be compliant with domestic law and public policy. 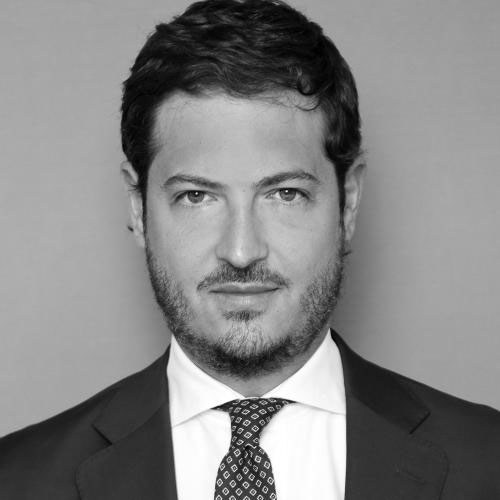 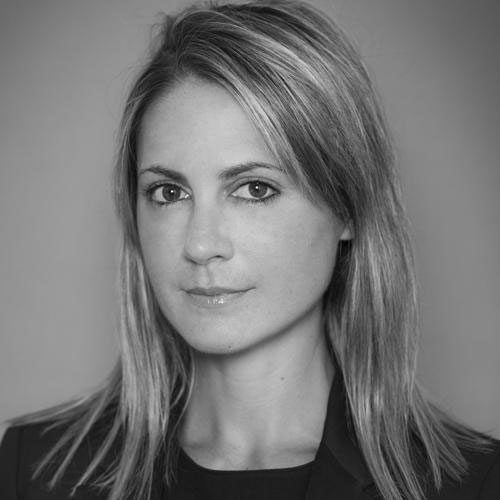