No consent to ICSID jurisdiction found under Venezuelan Investment Law: distinction drawn between the intention of the drafters and the intentions of the State

In OPIC Karimun Corporation v Venezuela, an ICSID tribunal has held that Venezuela’s Investment Law’s reference to ICSID did not, without more, provide consent to ICSID jurisdiction. Due to the ambiguous wording of the law, the tribunal looked at the intention of Venezuela and was unable to conclude that it had intended to provide consent. This was despite evidence from one of the drafters of the law that he had intended the relevant provision of the law to constitute such consent. The Tribunal drew a distinction between the intention of the drafters, and the intention of the State.

The Claimant, OPIC Karimun Corporation (OPIC), had an interest in two petroleum projects (the Projects) in the Gulf of Paria in Venezuela. These Projects were amongst several affected by the nationalisation of the Venezuelan oil industry in 2007, when Venezuelan law was changed such that foreign companies had to surrender shares and majority control in oil and gas projects and become minority partners with the Venezuelan State-owned oil company, Petroleos de Venezuela S.A. A dispute arose between OPIC and the Respondent, The Bolivarian Republic of Venezuela (Venezuela), following Venezuela’s expropriation of the Projects and the lack of agreement on the amount of any compensation payable for OPIC’s loss of its interest in the Projects. In May 2010, OPIC filed a Request for Arbitration with ICSID.

“Disputes arising between an international investor whose country of origin has in effect with Venezuela a treaty or agreement on the promotion and protection of investments, or disputes to which are applicable the provisions of the Convention Establishing the Multilateral Investment Guarantee Agency (OMIGI-MIGA) or the Convention on the Settlement of Investment Disputes between States and Nationals of Other States (ICSID), shall be submitted to international arbitration according to the terms of the respective treaty or agreement, if it so provides, without prejudice to the possibility of making use, when appropriate, of the dispute resolution means provided for under the Venezuela legislation in effect.” (emphasis added).

Venezuela argued that Article 22 of the Investment Law did not constitute consent to submit to ICSID. First, Venezuela focused on the words “if it so provides” in Article 22, which it said meant that any reference to arbitration was subject to an express condition (i.e. that there is a further instrument providing such consent) which was not met in this case. Venezuela also argued that it had a “cautious and restrictive attitude” towards international arbitration and therefore Article 22 would not have been intended to constitute a standing and general consent to arbitrate all investment disputes before ICISD.

Venezuela also referred to the wording of investment laws of other states and Venezuela’s bilateral investment treaties which, it argued, contained clear and unequivocal consent to ICSID arbitration. Finally, Venezuela relied on three decisions of ICSID tribunals, ExxonMobil, Cemex and Brandes, all of which found that Article 22 does not provide a basis for ICSID jurisdiction.

OPIC, on the other hand, argued that Article 22 contained the written expression of consent required by the ICSID Convention. It argued that this case could be distinguished from the previous ICSID decisions that considered the meaning of Article 22 as new evidence had been introduced that the other tribunals had not had access to. This included the evidence of Mr Corrales, one of two drafters of the Investment Law. Mr Corrales gave evidence that it was his intention and the intention of his fellow drafter that Article 22 constitute consent by Venezuela to ICSID jurisdiction.

OPIC also argued that the purpose of the Investment Law was to promote and protect foreign investments and good faith should prevent Venezuela from using any ambiguity against foreign investors.

The Tribunal considered that, on a plain reading, the text of Article 22 was clearly ambiguous and there was more than one possible interpretation. Given the ambiguity of the text, the tribunal felt it had to look at Venezuela’s intention.

Although the Tribunal recognised that the previous ICSID decisions were not binding on it, it felt that it would need to find a way to distinguish this case from the earlier ones in order to depart from the conclusions reached by the earlier tribunals that Article 22 does not provide consent to ICSID.

The Tribunal therefore concluded that there was insufficient evidence that Article 22 of the Investment Law was enacted by Venezuela with the intention of granting consent to ICSID jurisdiction, as required by Article 25 of the ICSID Convention.

This tribunal is now the fourth ICSID tribunal to decide that Article 22 of the Investment Law does not constitute consent to ICSID jurisdiction. Moreover, the Tribunal reached the same conclusion despite new evidence from one of the drafters that he intended Article 22 to constitute consent to ICSID jurisdiction, with the tribunal distinguishing between the intention of the drafter and the intention of the legislator.

Although these decisions are not binding on future tribunals, any new tribunal may be reluctant to depart from such a clear line of authority. 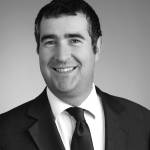