In a striking decision which bucks the trend of pro-arbitration decisions from the Indian judiciary in recent years, a single judge of the Delhi High Court has restrained McDonald’s from invoking an LCIA arbitration clause in its joint venture agreement with its local partner. The court’s order was issued on the basis that the arbitration agreement was inoperative or incapable of being performed, and on the basis that in an arbitration involving predominantly Indian parties and Indian law, London was a forum non conveniens and therefore the arbitration proceedings were “vexatious” and “oppressive“.

The decision may be subject to appeal, but in the meantime will raise concerns for any parties facing opposition in India to attempts to invoke offshore arbitration in Indian law agreements.

A Joint Venture Agreement (“JVA“) dated 31 March 1995 was entered into between McDonalds Corporation (registered in Delaware, USA), its Indian subsidiary (“D1“) and a local partner, Mr Vikram Bakshi (“P1“), for the incorporation and management of a local joint venture company (“JVCo“).[1]  The JVA contained an Indian governing law clause, and provided that on demand of either party, disputes would be submitted for arbitration administered by the LCIA and conducted in London before a panel of three arbitrators.

In August 2013, D1 sought to exercise a right under the JVA to acquire the shares in JVCo held by P1 and his company, P2. P1 and P2 then filed a petition before the Company Law Board (“CLB“) in India on 9 September 2013, citing oppression and mismanagement of JVCo, and on 16 September 2013 the CLB directed D1 to maintain the status quo of the shareholdings in JVCo.

During these proceedings, D1 filed an application under section 45 of Part II of the Arbitration and Conciliation Act 1996 (the “Act“), and prayed that the CLB stop its proceedings and refer the parties to arbitration.  This application was subsequently withdrawn. Separately, D1 purported to terminate the JVA and issued a Request for Arbitration dated 29 November 2013.  D1 then filed a petition before the Delhi High Court seeking interim relief in support of the arbitration that it initiated, pursuant to section 9 of the Act[2].

P1 and P2 applied to the Delhi High Court seeking an interim injunction restraining D1 from proceeding with the arbitration, on the grounds that:

For their part, D1 and JVCo contended that:

On the question of whether the Court had jurisdiction to consider, at this stage, whether the arbitration agreement was “null and void, inoperative or incapable of being performed“, the Judge felt it was faced with conflicting Supreme Court authorities.  In particular, the Judge considered the Supreme Court judgments in:

The Judge said that these two judgments were “diametrically opposed“, and that it was thus open to him to decide which one to follow, based on the facts of the present case.  On the facts, he considered that the decision in World Sport was the more appropriate authority, and held that he had jurisdiction to apply the section 45 test to the present facts.  (He also noted the majority decision in the Supreme Court in Shin-Etsu Chemical Co. v Aksh Optifibre[5], to the effect that the Court was only to decide on a prima facie basis that the agreement was not “null and void, inoperative, or incapable of being performed“, in order to refer it to arbitration.)

On the present facts, the Judge held (on a prima facie basis) that the agreement was incapable of performance or inoperative, at least until the CLB had ruled on the issues of oppression and mismanagement.  He also noted the risk of conflicting decisions by the CLB and the arbitral tribunal if the arbitration was allowed to proceed, and held that “the proceedings before the arbitral tribunal ought to be stayed“.

On the question of forum non conveniens, the Judge accepted the submissions of P1 and P2.  As to D1’s submission that London was an agreed venue which the parties had accepted “with eyes open“, the Judge responded that the Court, “in such a situation where the venue agreed has absolutely no special reason to be selected like carrying out the business, or applicability of the laws, will not permit one of the parties to use its dominant partner [sic] to the detriment of the opposite side“.  He went on to describe the arbitration proceedings as “vexatious” and “oppressive” and said that the Court “cannot be a mute spectator to this“.

The Judge held that in the circumstances, he was satisfied that he had jurisdiction, and it was appropriate, to grant an injunction preventing D1 and JVCo from proceeding with the arbitration.

D1 was clearly disadvantaged by the fact that it had withdrawn its section 45 application before the CLB, and thus (arguably) submitted to the CLB’s jurisdiction.  This decision serves as a valuable reminder that parties intending to have disputes referred to arbitration must take care to ensure that they do not take any steps which could be considered inconsistent with such an intention.

Nonetheless, the Judge’s decision and reasoning is troubling in a number of respects:

This decision will no doubt be of interest (and concern) to overseas investors with joint venture arrangements in India.  It may well be appealed.  Watch this space. 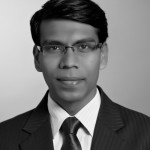 [1] P1 held his shares in JVCo directly, and via a company he owned (“P2“).  Whilst P2 and JVCo were not party to the JVA at the outset, they effectively became parties to it by virtue of a supplemental agreement dated 11 December 1998.

[2] Because the relevant arbitration agreement pre-dated the Supreme Court decision in Bharat Aluminium Co. v Kaiser Aluminium (which was stated to have prospective effect only), it was possible to seek interim relief pursuant to Part I of the Act, notwithstanding that the seat of the arbitration was outside India.