Paris Court of Appeal orders the retraction of an award made where one arbitrator lacked independence: the ongoing Tapie saga

In a remarkable judgment of 17 February 2015, rendered further to a rarely-seen application for revision of an arbitral award (which in this case lead to the retraction of the award), the Paris Court of Appeal overturned an arbitral award issued by a three-member tribunal in Paris in 2008 in favour of Bernard Tapie (Tapie), a French businessman and ex-politician, against the Consortium de Realisation (CDR), a French stated-owned company. The Court found that the award was tainted by fraud on the ground that there had been collusion between one of the arbitrators, Mr Pierre Estoup (Estoup) (a former president of the Versailles Court of Appeal), and Tapie and his counsel, Me Lantourne (Lantourne), with Estoup deliberately and systematically influencing the arbitral tribunal’s decision-making process in favour of the interests of the party that he intended to promote. Tapie and his group of companies had received € 403 million in damages under the award in question.

The dispute at the origin of the now-retracted award was highly publicised, because it involved one of France’s most famous businessmen of the 80’s, a French state-owned company, the French Government at the time of the arbitration (including the then Ministry of Finance, Ms Christine Lagarde, now Chairman of the IMF), and an arbitral tribunal composed of three renowned French legal personalities (alongside Estoup, sat Mr Jean-Denis Bredin, a well-known lawyer, and Mr Pierre Mazeaud, a law Professor and former President of the French Constitutional Council who acted as Chairman of the arbitral tribunal).

The judgment is a rare example of a successful motion for the revision of an award under French law. The French Court first classified the arbitration as domestic and then concluded that the facts disclosed in a related criminal investigation evidenced links between Estoup, Tapie and Lantourne which had been fraudulently concealed by Estoup – demonstrating a lack of independence, which had been confirmed by the arbitrator’s attitude during the arbitration proceedings. A handful of court judgments have been overturned in similar circumstances, which gives some indication as to what the legal consequences and next steps following the retraction of the arbitral award may be. However the precise legal consequences are still to be determined.

In 1990, the German company BTF GmBH, owned by Tapie, bought the German brand Adidas AG. The acquisition was financed by several banks, including a subsidiary of Crédit Lyonnais: the Société de Banque Occidentale (SdBO). This bank was also a creditor to other members of Tapie’s group of companies.

On appointment as a Government Minister in 1992, Tapie ceased his commercial activities. In connection with this, Tapie concluded a contract with SdBO for the discharge of his debts, partly achieved through the sale of Adidas AG. Pursuant to the contract between Tapie and SdBO, SdBO as Tapie’s agent, was required to sell Tapie’s BTF GmBH shares at a minimum price. The shares were sold at this price, to various companies, including Clinvest, another subsidiary of Crédit Lyonnais. Adidas was then resold by Crédit Lyonnais for a much higher price. A further agreement was signed in 1994 between Tapie’s group of companies and Credit Lyonnais to end the banking relationship between them. However, from 1996 onwards, various disputes relating to the performance of these agreements arose.

Following Crédit Lyonnais’ bankruptcy, SdBO became CDR Créances and Clinvest became CDR Consortium de Realisation. Both are state-owned companies. Tapie accused SdBO of having withheld information on the sale of Adidas and undervaluing Adidas. There were a number of proceedings in the French courts, both regarding this dispute and others between the same parties, before the parties entered a submission agreement agreeing that all pending disputes between them would be settled by arbitration. This decision was taken on behalf of the CDR companies by the French Sarkozy Government. Tapie had been a donor to Sarkozy’s election campaign.

No annulment proceedings relating to the award were initiated by the CDR companies within the time limit specified under French law for this type of recourse. However, certain information disclosed by commentators and press reports at that time indicated that the arbitration had been tainted by fraud due, in particular, to links between Estoup, Tapie and Lantourne, and that the arbitrator lacked independence. In 2012, the French Socialist Party accused the Sarkozy government of having referred the dispute to arbitration to increase Tapie’s chances of obtaining significant damages. A criminal investigation has been launched into several people involved in the submission to arbitration, and/or the underlying disputes, including Tapie, Lantourne, and Estoup.

In 2013, the CDR companies brought actions against the award before the Paris Court of Appeal. These actions took three forms: an appeal-annulment (appel-nullité), annulment proceedings (recours en annulation) and a motion for revision of the award (recours en révision). In April 2014, the application for annulment was rejected and the appeal was suspended pending the parallel motion for revision.

On 17 February 2015, the Paris Court of Appeal issued a detailed judgment holding that the motion for revision was admissible and retracting the award. It was undisputed that the applicable law was that in force at the time of the constitution of the arbitral tribunal. Under this law, a motion to revise an award was only available to domestic awards, not international awards.[1] Pursuant to Article 1492 of the French Code of Civil Procedure, “[a]n international arbitration is one that concerns interests of international trade“.

As explained below, the consequence of the Court’s decision is that the Court itself will consider the merits of the case in September 2015.

2      Grounds for revising the award

The respondents alleged that the arbitration was international because the dispute principally concerned the sale of a German company, Adidas, and the purchase implied transfers of funds across borders.

The Court rejected this argument, and held that, according to case law, an arbitration proceeding is international if the dispute concerns an economic operation taking place in different countries and involving the transfer of goods, services, funds, technologies or people across borders. Elements such as the nationality of the parties or the arbitrators, the applicable law, or the intent of the parties regarding the arbitration’s classification as domestic or international are not to be taken account.

The dispute submitted to arbitration did not deal directly with the sale of the German company, but related to the links between a French bank and its French clients in France and to alleged failures committed by the French bank. The award did not involve any international financial flows or transfers of value and therefore did not concern interests of international trade. As such, the case was a domestic arbitration and the motion for revision was admissible.

To reach the finding of fraud, the Court considered links which apparently existed between Estoup, Tapie and Lantourne before the arbitration proceedings started and which Estoup had fraudulently concealed from the other party. These included:

The non-disclosure of these links was found to be a part of the plan to favour Tapie during the arbitration. The Court also criticised the behaviour of Estoup, who had “deliberately and systematically directed the reflection of the tribunal in favour of the interests of the party that he intended to promote by collusion with the latter and his counsel.” The Court relied on information disclosed during the criminal investigation, as well as oral depositions from the other arbitrators made during the investigation.

3      The legal consequences of the Paris Court of Appeal decision

While the motion for revision was pending, further to the argument that the arbitration was international, Tapie referred the case to the Paris Commercial Court and requested the appointment of a new tribunal to hear the case on the merits. The Paris Commercial Court stayed its decision pending the outcome of the motion for revision. In view of the Court of Appeal decision, there are not expected to be further arbitration proceedings.

In accepting the motion for revision of the award and retracting the award, the Court retained jurisdiction to settle the case on the merits, requesting the parties to make written submissions on the merits by 30 April 2015 (the claimants) and 30 June 2015 (the respondents) respectively.

However, before issuing a decision on the merits the Court will have to decide two issues:

This long judicial saga continues. According to recent press articles, a pourvoi en cassation (appeal to the French Supreme Court) has been lodged against the Court’s decision but there is no information as to what effect this might have on the merits decision due to be issued by the Court of Appeal. In addition, the CDR has not yet started enforcement proceedings on the basis of this judgment for reimbursement of the € 403 million.

[1]        Following the 2011 reform of French arbitration law, it is now possible to review an award even in the context of an international arbitration (Article 1506, 5° of the Code of Civil Procedure read in conjunction with Article 1502).

[2]        This is the result of a combined application of former Article 1491 of the Code of Civil Procedure, which states that “[a] motion for revision is available against the arbitral award in the cases and under the conditions provided for with respect to judgments“, and of Article 593 of the same Code, which states “[t]he motion for revision aims at retracting a judgement that has become res judicata so that a new ruling may be given on factual and legal grounds“. (In French: “[l]e recours en révision est ouvert contre la sentence arbitrale dans les cas et sous les conditions prévus pour les jugements” (former Article 1491) and “[l]e recours en révision tend à faire rétracter un jugement passé en force de chose jugée pour qu’il soit à nouveau statué en fait et en droit” (Article 593)”.) 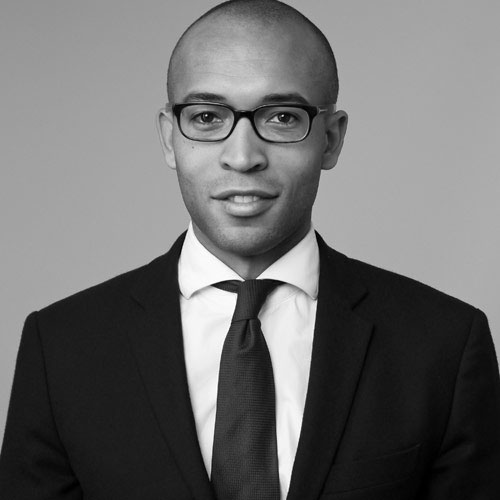