The occasion of the Formula One Grand Prix in Melbourne in mid-March 2015 provided a further opportunity for both the Victorian Supreme Court and the Victorian Court of Appeal to demonstrate its support for international commercial arbitration in Australia. The Court enforced a Swiss arbitral award ordering that an F1 team refrain from taking action which would deprive a driver from his entitlement to participate in the 2015 season as one of its nominated drivers.

Giedo van der Garde, a Formula One race driver, (van der Garde) and his management company, Giedo van der Garde BV, (GVDG) made application to the Supreme Court for enforcement of a foreign arbitral award pursuant to s 8 of the International Arbitration Act 1974 (Cth). The application was opposed by Sauber Motorsport AG (Sauber). Leave was sought at the hearing of the application by two further drivers to be represented and heard; leave was granted, the two drivers having been nominated by Sauber to drive in the Grand Prix that weekend.

The application was heard by Justice Croft in the Arbitration List of the Supreme Court of Victoria. The parties agreed that the threshold requirements of s 8 had been satisfied; the issues before the court were, in simple terms, whether the award dealt with matters outside the scope of the arbitration clause and/or whether enforcement of the award was contrary to public policy, including for breach of natural justice.

The relevant award was a partial (but final) award dated 2 March 2015. It contained an order that Sauber refrain from taking any action the effect of which would be to deprive van der Garde of his entitlement to participate in the 2015 Formula One Season as one of Sauber’s two nominated race drivers.

Sauber resisted enforcement on grounds that:

The other drivers claimed in addition that the matter was not capable of settlement by arbitration under the laws of Victoria and therefore that the Court should refuse enforcement.  This submission was based on the fact that the other drivers were not joined as parties or involved in the arbitration.

Justice Croft found that there were no grounds to refuse enforcement.

it is clear that the concept of arbitrability, as understood in the context of the Model Law and the New York Convention, is not directed to matters such as whether affected non-parties have or could have been given an opportunity to be heard. Instead, the phrase “capable of settlement by arbitration” in s 8(7)(a) is directed to those disputes where, for reasons of public policy, jurisdiction is retained exclusively by national courts.

In relation to the relevant order itself, his Honour, found:

The critical dispositive provision of the Award to which reference has been made, which is cast in negative terms, is not devoid of meaning when it is considered that it would operate inter partes in circumstances where all concerned are well aware of the nature of the dispute referred to in arbitration. The elements and resolution of the matters giving rise to the critical dispositive provision are the subject of a comprehensive arbitral award – the Award.

His Honour also referred to the reasoning of the Full Court of the Federal Court in TCL Air Conditioner (Zhongshan) Co Ltd v Castel Electronics Pty Ltd (2014) 311 ALR 387 in rejecting arguments that enforcement was contrary to public policy because of a breach of the rules of natural justice, quoting the Full Court at [111]:

The assessment as to whether those rules have been breached by reference to established principle is not a matter of formal application of rules disembodied from context, or taken from another statutory or human context. The relevant context is international commercial arbitration. … It suffices to say that no international award should be set aside unless, by reference to accepted principles of natural justice, real unfairness and real practical injustice has been shown to have been suffered by an international commercial party in the conduct and disposition of a dispute in an award.

His Honour added to this:

Indeed, there cannot be a breach of the rules of natural justice every time a person who may be affected by the outcome of an arbitration (however serious) is not invited to join the process and to make submissions.

In relation to arguments that the order would be futile, his Honour noted that there had been a divergence of evidence as between that provided to the emergency arbitrator and evidence in the present proceedings. His Honour made no further enquiry, holding that this would involve an examination of the merits.

Finally, in relation to Sauber’s submission as to the safety consequences of the order, his Honour said quite clearly that:

With respect to the safety, training, insurance and other issues of concern raised by the Respondent in this context, the negative character of the critical dispositive provision is determinative. No relevant issue of public policy arises in this respect as nobody, certainly not the Court, would contemplate that compliance with the Orders would involve compromising safety, training, insurance or other like requirements.

The Court of Appeal upheld the trial judgement.

The Court, comprised of Whelan, Beach and Ferguson JJA, relied on the analysis of the Full Federal Court in TCL and said, at [8]:

In order to establish that the enforcement of an award would be contrary to public policy by reason of a breach of natural justice what must be shown is real unfairness and real practical injustice. Courts should not entertain a disguised attack on the factual findings or legal conclusions of an arbitrator dressed up as a complaint about natural justice. Errors of fact or law are not legitimate bases for curial intervention. Unfairness in any particular case will depend upon context and all the circumstances of that case.

In relation to safety, this argument was again given short shrift:

Much reliance was placed on purported concerns as to legality and safety. The trial judge dealt with this at Reasons [7] and [28]. As the judge observed, these purported concerns raise no relevant issue of public policy. No person is required to undertake any illegal or unsafe activity. These events are highly regulated. We proceed on the assumption that the regulators will ensure all safety requirements are complied with. 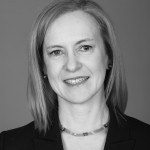