“Legal scrubbing” of the CETA results in adoption of an Investment Court System for resolving Investor-State disputes: a clear signal to the US for the TTIP negotiations?

On Friday 26 September 2014, after five years of negotiations, the EU and Canada released the agreed text for the Comprehensive Economic Trade Agreement (CETA). The content of that "agreed text" is commented upon in some detail in our earlier blog post here. It included enshrining the principle of "government autonomy" and further defining the standards of protection offered to investors. Notably, it retained investment arbitration as the method for resolving Investor-State disputes, but with additional procedural features such as full transparency of proceedings, a future code of conduct for arbitrators, costs assumptions and the ability to dismiss unfounded claims. It also stated that consideration would be given in future to the introduction of an appeal mechanism.

Consideration of an appeal mechanism has come about rather sooner than might have been expected. Since its agreement in principle in 2014, the CETA text has been undergoing legal review (also referred to by the Commission in its Press Release of 29 February 2016 as "legal scrubbing").

It became apparent during 2015 that, following the Commission's further work on the investment chapter for the TTIP (including a public consultation), the EU would be seeking some substantial changes during this legal review, aiming to bring the CETA in line with the Investment Court System (ICS) proposed in the EU-Vietnam FTA and the TTIP chapter (as formally presented to the US in November 2015). The process for agreeing these changes has not, however, been smooth. On 9 December 2015, Canada's Chief Negotiator for CETA, Steve Verheul, apparently ruled out the full inclusion in the CETA of the ICS proposed by the EU stating that "We have reached the balanced agreement that was supported by our leaders and I think that we have to be very cautious about revisiting things that have been agreed and endorsed".

Nearly four months later an agreement has now been reached, and Canada appears to have overcome its concerns regarding the EU's proposed ICS. The Press Release states that the revised CETA Investment Chapter "represents a clear break from the old Investor to State Dispute Settlement (ISDS) approach and demonstrates the shared determination of the EU and Canada to replace the current ISDS system with a new dispute settlement mechanism and move towards establishing a permanent multilateral investment court."  From a US perspective and the ongoing TTIP negotiations, it is also interesting to note the strong language of the Press Release that "this revised CETA text is also a clear signal of the EU’s intent to include this new proposal on investment in its negotiations with all partners".

So what does the revised text include? Drawing very strongly on the EU's proposal for the TTIP investment chapter, the CETA now envisages the establishment of a permanent Tribunal of 15 members (5 from the EU, 5 from Canada and 5 from other countries) to hear claims by investors for breach of investment protections standards. Under Article 8.30, as with the TTIP proposal, those Tribunal members "shall refrain from acting as counsel or as party-appointed expert or witness in any pending or new investment dispute" under the CETA or any other international agreement.

Unlike the TTIP proposal, the CETA does not yet annex a Code of Conduct for Tribunal members, although Article 8.44.2 provides for the Committee on Services and Investment to adopt such a code in future. In the meantime, the CETA relies upon the IBA Guidelines on Conflicts of Interest in International Arbitration to fulfil that function.

Clearly some elements of the Investment Court System, particularly surrounding the Appellate Tribunal, could not be agreed during the negotiations, and the EU and Canada have agreed to allow the CETA Joint Committee to resolve those outstanding issues (Article 8.28.7). These issues include:

While these details have yet to be ironed out, it is certainly of note that the EU and Canada were able to reach agreement that some form of appellate structure was desirable, and that appeals would be allowed for errors in the application or interpretation of law as well as "manifest errors of fact" (Article 8.28.2). Also of note (particularly in the context of the TTIP negotiation) is Article 8.29 in which both the EU and Canada agree to pursue with other trading partners the establishment of a multilateral investment tribunal and appellate mechanism for the resolution of investment disputes and to amend the CETA to allow investment disputes to be decided under such multilateral mechanism once established. The Joint Statement confirms that working with other trading partners to pursue the establishment of a multilateral investment tribunal is "a project to which the EU and Canada are firmly committed".

We also see the impact of the development of the EU's position on the relationship between international law, ISDS and EU law, as seen throughout its amicus curiae submissions in intra-EU BIT cases. The text now "clarifies" that CETA will not prevent the EU from enforcing its laws on state aid and that a tribunal cannot decide on matters of EU or Member State law, nor can it interpret EU or Member State law in a way that could be binding on EU courts or EU governments.

We have been expecting some changes to the CETA. It has been apparent for some time that the Commission considered it very important to attempt to bring the CETA in line with the recently agreed text of the EU-Vietnam FTA and its TTIP proposal. Given the position of Canada back in December, however, the extent of changes to the ISDS provisions in the CETA are somewhat surprising, as is Canada's agreement to pursue the establishment of a multilateral investment tribunal and appellate mechanism with other trading partners. The fact that there are some important points still to be agreed, particularly on the Appellate Tribunal might suggest that that reaching that agreement has not been easy. The scope and breadth of the substantive changes reached through such a "legal review" process is perhaps also surprising.

What does this mean for the EU's negotiations on the TTIP with the US? As discussed in our earlier blog piece, the EU's Chief Negotiator has confirmed that the negotiators have been "working on the basis of textual proposals from both sides" during the 12th round of TTIP negotiations, and that ISDS has been a key area of discussion. The strength with which the EU is pursuing the ICS as the method of resolving investor-state disputes with other states may pose difficulties for its negotiations with the US.  The Commission has suggested that the changes introduced in the CETA "ensure that citizens can trust it to deliver fair and objective judgements", and that it offers a "fairer, more transparent, system". Given these statements, it may well be hard for the EU to justify a retreat to the more traditional ISDS arbitration favoured by the US and many other commentators, who have questioned both the fundamental need for, as well as some of the key features of, the proposed ICS.  Whether it will need to do so remains to be seen. 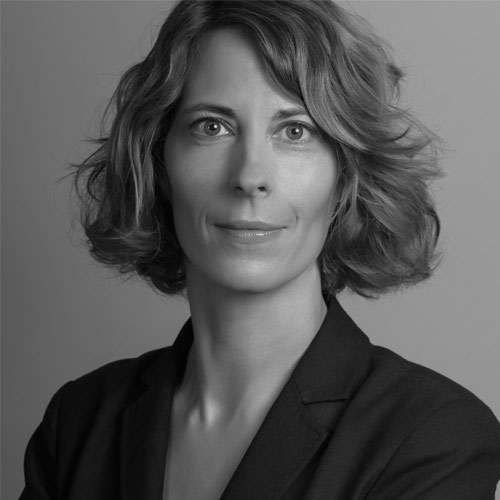