Court of Appeal clarifies the English Court’s jurisdiction under section 67 of the Arbitration Act: the Court is not required to make any order at all even if the application is well-founded

The recent decision of the English Court of Appeal in Integral Petroleum SA v Melars Group Limited considers the jurisdiction of the court under s67 of the English Arbitration Act 1996 (the Act). S67 deals with challenges to an arbitral award on the grounds of want of substantive jurisdiction. S67(3) provides that on an application by a party to an award, the court may: confirm the award; vary the award; or set aside the award in whole or in part.

The Court of Appeal made clear that the permissive nature of the word "may" in s67(3) makes it open for a judge to decide to make no order, for good reason, on any application under s67.

Integral Petroleum applied under s67 of the Act challenging the arbitrator's award concluding that he lacked jurisdiction. The application was rejected. The lower court held that the arbitrator had fallen into a jurisdictional error but that, on the facts, the error was inconsequential. The lower court therefore refused the s67 application and declined to grant leave to appeal the decision.

The Court of Appeal concluded that the relief under s67(3) is discretionary and that it would be impossible to construe the subsection to mean that the permissive word "may" requires the court to make one of the three possible orders laid out. It must "always be open to a judge to decide, for good reason, to make no order on any application, including an application under section 67".

The Court of Appeal further confirmed that it had no jurisdiction to grant permission to appeal the lower court's order. S67(4) provides that "the leave of the court is required" for any appeal – it was well established that "the court" for these purposes referred to the first instance court only. The Court of Appeal had a limited power to intervene if the lower court's decision was itself made without jurisdiction, but that was not the case here. The lower court acted within its jurisdiction in declining to make any order. Therefore, the application for permission to appeal was refused.

This decision is significant as it clarifies the court's jurisdiction to make no order at all on an application under s67. The position appears to be the same under s68 (challenge to an award on the basis of serious irregularity), and s69 (appeal of an award on a point of law), both of which contain similar discretionary wording. Indeed, the Court of Appeal cited academic authority supporting the view that in all cases under s67 to s69, "the court is not required to make any order at all". 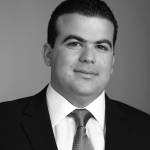