The English Court has recently held that a party will not be able to discontinue appeal proceedings challenging an arbitral award in circumstances where to allow it do so would: (i) circumvent the jurisdiction of the supervisory court; and/or (ii) rely on the same appeal grounds at the recognition and enforcement stage.

In National Iranian Oil Company (NIOC) v Crescent Petroleum Company International Ltd (CP) & Crescent Gas Corporation Ltd (CG), NIOC had sought to discontinue its appeal and provided an undertaking stating that it would not resist recognition or enforcement of the arbitral award by relying on arguments based on the grounds of the appeal. The Court found that CP and CG (together Crescent) were justified in rejecting the undertaking as the terms allowed NIOC to make the same allegations in another forum. The Court also found that even if a sufficient undertaking was provided, it would not preclude the risk that NIOC could resist enforcement in a New York Convention court.

The Court set aside the notice of discontinuance and considered the grounds of appeal on the merits, even though NIOC did not attend the hearing. The grounds were dismissed and costs were awarded on an indemnity basis.

This decision makes clear that the English Court will not permit grounds of appeal to be preserved as a basis for resisting further enforcement or recognition proceedings.  The Court will carefully consider any undertaking to court to ensure this is not the case. This is in line with the English Court's pro-enforcement bias and the view that the court of the seat is the appropriate forum in which to challenge the award.

NIOC and CP entered into a contract (the GSPC). The GSPC was governed by Iranian law and referred all disputes, including in relation to the invalidity of the GSPC, to arbitration. In 2003, CP purported to assign the GSPC to its subsidiary, CG.

In 2009, Crescent commenced arbitration claiming that, in breach of the GSPC, NIOC had failed to deliver any gas. By majority, the tribunal found that NIOC had been in breach of the GSPC since 2005 (the Liability Award). The minority member of the tribunal, who had been appointed by NIOC, refused to sign the award. He issued a statement which fundamentally disagreed with the conclusions of the majority. The Liability Award did not address quantum.

NIOC challenged the Liability Award in the English court under the English Arbitration Act 1996 (the Act) on a number of grounds. In March 2016 the Court heard preliminary issues regarding issues of jurisdiction and public policy. The Court dismissed these grounds of appeal. Our blog post on that decision can be found here.

The remaining grounds of challenge brought by NIOC were:

Prior to the appeal hearing, NIOC served a notice of discontinuance in respect of the remaining grounds. However, by the terms of the notice, NIOC preserved its rights to make the same allegations in another forum. Crescent applied to set aside the notice of discontinuance. NIOC then offered an undertaking not to resist recognition or enforcement of the Liability Award by relying on any argument based on the two grounds of appeal. Crescent did not accept the undertaking.

The Court also agreed that even if there was a satisfactory undertaking, there would remain a risk that NIOC would resist enforcement in a New York Convention court in relation to the same grounds. If this were to occur, the only available sanctions or options would be for Crescent to bring contempt proceedings against NIOC or to renew the application to set aside the notice of discontinuance. The Court stated "[e]ither would be an unnecessary scenario if it really were intended that these grounds should not be pursued by resistance to enforcement."

The Court therefore decided that it was appropriate to set aside the notice of discontinuance and consider NIOC's grounds of appeal, even in circumstances where NIOC no longer wished to pursue them.

2.2 Exclusion of the minority arbitrator in the decision process

The Court found that the minority arbitrator was not excluded from the proceedings. The NIOC-appointed arbitrator fully participated in the arbitrator's deliberations, until he chose to withdraw from the deliberations having made plain his dissent. Drafts of the majority award were provided to the arbitrator.

2.3 Lack of civility in proceedings

The second ground was also not made out. The Court accepted that Crescent's counsel robustly defended his clients' interest, often to the point of rudeness. However this was done in response to the conduct of the NIOC-appointed arbitrator, who was interrupting the cross-examination of NIOC's witnesses.

The Court noted that no suggestions were made by NIOC that their three counsel were in any way prevented from or inhibited in doing their job properly by any alleged lack of civility or decorum. The Court also declined to accept that the experienced arbitrators on the tribunal were in anyway inhibited or swayed from their duty.

This decision is important as it makes clear that the English Court does not consider it appropriate to preserve grounds of appeal as a basis for resisting recognition or enforcement proceedings.  The Court will carefully consider any undertaking to the court to ensure this is not the case.

Parties should carefully consider their strategy in seeking to challenge arbitral awards. On the one hand, by making, and then seeking to discontinue, a challenge in the courts of the seat, a party may put itself in a worse position to resist recognition and enforcement by potentially obtaining a decision of a court rejecting those grounds. On the other hand, a court asked to recognise and enforce an award may question a party's failure to take all opportunities to challenge the award in the courts of the seat. A party may wish to consider carefully whether the jurisdiction in which enforcement is most likely to be sought adopts a "choice of remedies" policy, which allows a party to raise a challenge in response to enforcement even if it has not pro-actively challenged the award.

Finally, the case is also of interest as a practical example of how a tribunal might effectively conduct itself where there is a dissenting arbitrator, and also on its examination of the serious procedural irregularity challenge.  It is seldom that complaints of "rude" counsel, "alleged regular discourtesy" and the "alleged intimidation of the Arbitrators" are examined by the courts. 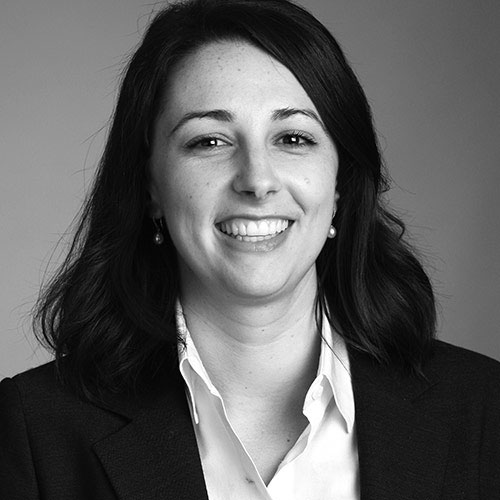