The Government of India says it has sent notices to terminate bilateral investment treaties (BITs) with 58 countries, including 22 EU countries.  It has been reported that many of these BITs will cease to apply to new investments from as early as April 2017. The BIT between India and The Netherlands (which had been a common route for investment into India) has already been terminated from December 2016.  Termination of the BITs would also remove protection for new investments by Indian investors into the counterparty countries. For the remaining 25 of its BITs that have not completed their initial term, and so are not ripe for termination, India has circulated a proposed joint interpretative statement to the counterparties to these BITs seeking to align the ongoing treaties with its 2015 Model BIT.  While investments made before the termination of the 58 treaties may be protected for some years under the ‘sunset’ clauses in those BITs, India’s actions send mixed messages at a time when the Indian government is making renewed efforts to attract inbound investment with its ‘Make in India’ campaign, and when outbound investment by Indian companies continues to increase into both developed and developing economies.

Starting in 1994, India has signed 84 BITs with counterparties such as the UK, France, Germany, Australia, China, Malaysia, Thailand, Mexico, Russia, Egypt, Saudi Arabia, the UAE, Turkey and others.  Many of these BITs contain familiar protection for investors (including commitments to fair and equitable treatment (FET), non-discrimination and most favoured nation treatment (MFN), the ability to repatriate proceeds, and protection from expropriation).  They also allow for arbitration of alleged breaches of these protections directly between the investor and the host government.  In the case of investment into India, these moves followed the gradual opening up of the Indian economy to overseas investment after 1991, which has seen the progressive easing of foreign direct investment (FDI) restrictions and more recent campaigns to attract FDI such at the Modi government’s ‘Make in India’ campaign.

However, in recent years, India has faced numerous arbitration claims from investors under its BITs.  This recent trend began with India losing a claim in 2011 brought by White Industries of Australia alleging excessive judicial delays in enforcing a commercial arbitration award through the Indian courts.  Further claims have since been brought on topics ranging from retrospective taxation to the allocation of satellite spectrum.  In 2016, India was one of the most frequently-named respondent states in BIT proceedings.  The Indian Commerce minister has called the increase in claims “shocking” and it prompted the government to adopt a new Model BIT in December 2015.  The new Model BIT (previously analysed on this blog) contains more restrictive definitions of ‘investor’ and ‘investment’ and seems intended to reduce the exposure of the Indian government to future claims, for example by excluding taxation measures from its ambit and removing or qualifying the MFN and FET protections.  At the same time, the 2015 Model BIT preserves the mechanism for settlement of investor-state disputes by arbitration.

The notices of termination of the 58 BITs come after India expressed its intention to negotiate any future BITs, free trade agreements and other multilateral trade arrangements based on the 2015 Model BIT.

Until new arrangements are agreed between India and relevant counterparty states, new investments by foreign investors into India, and by Indian investors into the counterparty country, will cease to receive BIT protections.  Existing investments made before the relevant BIT is terminated may continue to be protected; for example, the India–Netherlands BIT provides that the substantive protections will continue to apply for fifteen years after termination for investments made prior to termination.  Many of India’s other treaties, such as those with the UK, Germany and Mauritius, contain similar ‘sunset’ clauses.

The EU is India’s largest trading partner.  Talks aimed at agreeing an EU–India free trade agreement (which may have included investor protection provisions) began in 2007 but reportedly reached an impasse in 2013.  India is said to have been unwilling so far to extend temporarily its BITs with EU countries to bridge the gap to any new agreements, despite a request from EU officials.  India seems to be taking a similar approach in the negotiations for a comprehensive economic partnership agreement with Canada.

The impact of the termination of these bilateral arrangements is not limited to investment into India.  India is the EU’s ninth largest trading partner.  A study made prior to termination of the India-Netherland BIT indicated that over a quarter of India’s FDI was made to The Netherlands.  As Indian outbound investment grows, Indian investors are themselves increasingly looking to BITs to protect their investments and provide a route to pursue any breaches of the promised protections in host countries.  For example, current reported BIT cases include claims by Indian investors against Indonesia and Poland.

The future of investment protection in India

Unlike some countries which have announced their intention to terminate some or all of their BITs (for example, Indonesia, South Africa, Venezuela, Ecuador and Bolivia), India’s approach appears intended to renegotiate existing BITs around the substantive protections in its 2015 Model BIT, while – notably given debates elsewhere – retaining arbitration as the means of investor-state dispute settlement.

However, the effect of serving notice to terminate existing BITs before new agreements are in place will result in the withdrawal of investment protection for investors into and out of India for a period of years, or indefinitely, pending the outcome of new negotiations.  Some negotiations appear to be in progress.  As reported in this blog, India and Brazil have seemingly concluded the framework for a BIT and India says it has approved a new treaty with Cambodia based on its 2015 Model BIT.

It remains to be seen how bilateral and multilateral talks with India’s international partners will shape the landscape of investor protection for Indian investors and foreign investors in India.  Will India and its partners manage to put agreements in place quickly and what substantive protections will be offered to investors?  It will also be important to see whether and to what extent other governments agree with India’s proposed joint interpretative statement regarding ongoing BITs and what impact such statements may have on future investment disputes.

In the meantime, a degree of clarity and openness would be welcome as to precisely what terminations are currently pending and what protections will remain in place for the foreseeable future.  The fact of the termination of otherwise applicable BITs and the absence of investment protection will be factors that prospective investors will need to factor into their decision-making. The prospect of a shifting environment for future investments will, for many investors into and out of India, be a backwards step.

Such uncertainties heighten the need for investors to seek advice and carefully consider the structuring of their investments, whether inbound or outbound, and their agreements  with local parties and governments at the very outset of any investment decision. 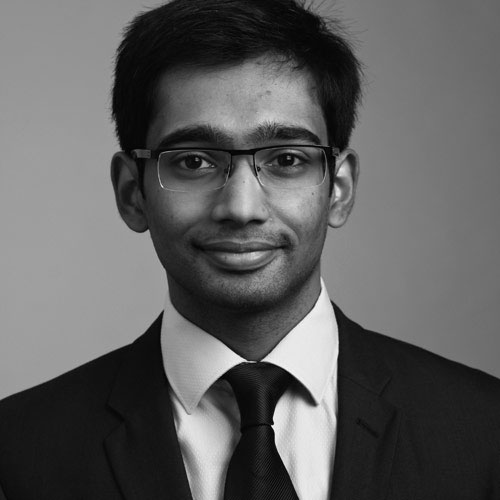