Is the recently signed Morocco-Nigeria BIT a step towards a more balanced form of intra-African investor protection?

On 3 December 2016, Morocco and Nigeria signed a new bilateral investment treaty (the "BIT"), with the overarching aim of strengthening "the bonds of friendship and cooperation" between the two States.  The BIT (available here) is yet to be ratified and to enter into force.

The BIT takes an interesting and in some ways innovative approach to the balance of rights and obligations as between investors and the respective host States, placing emphasis on the promotion of sustainable development and expressly safe-guarding the State's discretion to take measures to meet policy objectives.  As compared to traditional investment treaties, the BIT imposes additional obligations on investors and appears to seek to address, to a degree, the criticism that such investment treaties have been too heavily geared towards protecting investor interests.

We explore below some of the more unusual aspects of the BIT, and consider the innovative nature of the BIT by comparison to other intra and extra-African treaties concluded in recent years.

Sustainability is a key theme of the BIT, featuring in its preamble and in a number of its substantive provisions.  Indeed, one of the objectives of the BIT is to "promote, encourage and increase investment opportunities that enhance sustainable development".  Sustainability is also an element of the BIT's definition of an "Investment", and investors must satisfy environmental and social impact assessment requirements prior to making their investment (Article 14).  Moreover, environmental obligations extend beyond the time of making the investment, with investors required to maintain an environmental management system going forward (Article 18(1)).  These obligations are coupled with a relatively broad discretion on the part of the host State to take non-discriminatory measures that "it considers appropriate to ensure that investment activity…is undertaken in a manner sensitive to environmental and social concerns" (Article 13(4)).

Taken together with the further obligations imposed directly on the investor by the BIT, such as compliance with international labour standards and human rights (Article 18), and corporate social responsibility requirements (Article 24), these provisions point towards a more socially responsible form of investment promotion.  In this sense, although investment is encouraged, it should not be at the cost of the long-term environmental and social well-being of the host State, as further underlined by the inclusion of provision for an investor to be subject to civil liability in their home State in the case of damaging acts in the country of investment (Article 20).  However, a question remains as to how compliance with the BIT's investor obligations or the imposition of civil liability might be implemented in practice, particularly where the latter is dependent on the home State of the investor taking independent action.

The BIT expressly incorporates the right of the host State to regulate or introduce new measures to meet national policy objectives, with Article 23(1) affording the host State "the right to take regulatory or other measures to ensure that development in its territory is consistent with the goals and principles of sustainable development, and with other legitimate social and economic policy objectives".

Express inclusion of this discretion is targeted towards addressing the tension between an investor's legitimate expectations of stability of the legal framework and the host State's right to determine its own legal and economic order, a question which has been considered by investment tribunals on numerous occasions, such as in CMS v. Argentina (ICSID Case No. ARB/01/8) and in Parkerings v. Lithuania (ICSID Case No. ARB/05/8).  Although tribunals have upheld investors' rights to a certain level of stability, some tribunals have emphasised that an investor's right to stability is not absolute and does not negate the host State's right to exercise its sovereign power to legislate.

The BIT strikes an interesting balance between investor protection and State sovereignty.  The State's right to regulate is drafted relatively broadly, by reference to sustainable development and "other legitimate social and economic policy objectives".  However, this right to regulate is tempered by Article 23(2), which confirms that it is not absolute and that it should be pursued within the broader framework of the balance of rights and obligations contained in the BIT.  The BIT therefore broadly appears to crystallise the principles that can be drawn from the approach of previous investment tribunals to this question.

The BIT provides for the establishment of a Joint Committee to oversee the administration of the treaty, comprised of representatives of the two States (Article 4).  One of the BIT's most innovative provisions is a requirement that before initiating arbitration proceedings, any dispute must be assessed through consultations and negotiations by the Joint Committee (Article 26(1)).  Although this requirement expressly refers to disputes between the "Parties" (being the two State signatories), the provisions that follow suggest that the requirement may apply equally to investor-State disputes.  In order to initiate the consultation procedure, the home State of the investor must submit a request to the Joint Committee.  This provision aims to better facilitate amicable resolution of disputes and to reduce the likelihood of disputes proceeding to arbitration.

The uncertainty arising from the drafting is unhelpful in a provision of such central jurisdictional importance, and it will no doubt be tested in future investor-State arbitrations. In addition, compulsory consultation on the part of the Joint Committee may risk contamination of the negotiation process with political motives, particularly given that the preliminary referral of a dispute is in the hands of the home State.  If the effect of the drafting is really to require the State of the investor to submit any dispute to the Joint Committee before the investor may initiate arbitration proceedings, this introduces a significant political hurdle to the commencement of investor-State proceedings.

The primary arbitration provisions of the BIT are not particularly unusual, with investor-State disputes to be ultimately resolved under the auspices of ICSID or UNCITRAL, or any other institution or rules to which the parties agree (Article 27).  The BIT also provides for consolidation of proceedings which "have a question of law or fact in common and arise out of the same events or circumstances" (Article 29).  This provision is quite opaque and does not contain much detail, but it could be read as providing for consolidation of investor-State and State-State proceedings where both are on foot.  The procedure for consolidation is to be agreed by the parties through the Joint Committee, although there is little further detail regarding what will happen in the event of disagreement.

The BIT is an interesting example of the move towards redistributing the balance of rights and obligations between investors and host States in some modern investment treaties and investment chapters.  The BIT appears to mark a change in approach for Morocco in particular.  Morocco has signed a number of intra-African BITs during recent years, such as with Mali in 2014, Guinea-Bissau in 2015 and Rwanda in 2016.  All of those Moroccan intra-African BITs take a more traditional approach: sustainability does not feature as an overarching theme, the more traditional fair and equitable treatment as opposed to the minimum standard of treatment applies, and although a "like circumstances" limitation features in the context of national treatment, such circumstances are not defined or delineated.  Nigeria, on the other hand, has signed relatively few intra-African BITs in recent years, but has signed treaties with nations further afield, such as with Canada in 2014 and Singapore in 2016.  The BIT is more aligned to these extra-African BITs, which incorporate a theme of sustainability and apply the minimum standard of treatment.  The Nigeria-Singapore BIT also includes more extensive provisions on health and safety, the environment and corporate social responsibility, although these are not drafted as being direct obligations on the investor in the same way as in the BIT.  The BIT departs even from these precedents through its more innovative provisions, such as crystallisation of the host State's regulatory discretion, establishment of the Joint Committee and its role in dispute resolution, and the imposition of additional direct obligations on investors.  If the BIT is ratified and enters into force, it will certainly be interesting to observe these provisions being tested in practice. 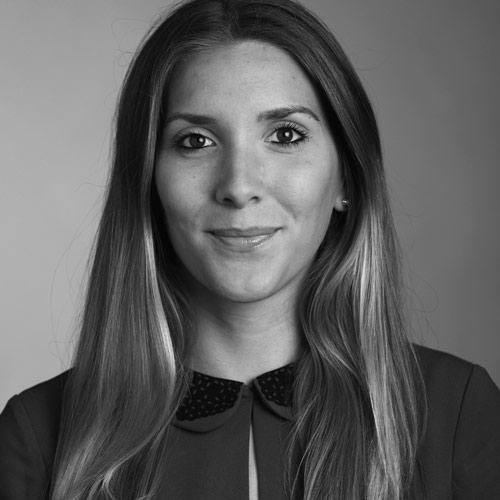