The new Uniform Act on arbitration, the revised CCJA Arbitration Rules, and the Uniform Act on mediation were published in the OHADA Official Journal the 15 December 2017 and will entry into force on 15 March 2018. This blog piece addresses the first two texts.

1. Innovations of the new Uniform Act on Arbitration Law

A desire for broad implementation of the Uniform Act to disputes involving States and private parties. In response to the current local reality since many disputes are between OHADA Member States and private parties, the scope of the Act has been expanded on two counts. In addition to States, local governments and public establishments, any legal entity governed by public law may henceforth be a party to arbitration (article 2). Also, it is now clearly stated that arbitration can be initiated on the basis of an arbitration agreement or an investment-related instrument, including an Investment Code or bilateral/multilateral investment treaty (article 3).

By default, arbitration proceedings will be heard by a sole arbitrator (article 5) and problems with forming an arbitral tribunal must be resolved within a limited timeframe that encourages the swift formation of the tribunal.

In terms of the chronology of arbitration proceedings, the new Uniform Act has an article that specifically addresses multi-tier clauses, because the tribunal must verify, if the parties so request, that the step prior to arbitration was followed and if that step was disregarded, suspend the proceedings for an interval the tribunal deems appropriate to allow for correction of the omission (article 8-1).

The principle of Kompetenz-Kompetenz has been clarified, the new Uniform Act provides that if no reference has yet been made to the arbitral tribunal or if no request for arbitration has been submitted, the national court must decline jurisdiction unless the arbitration agreement is manifestly invalid (this was already true) and also, under the revised Act, if it is manifestly inapplicable. A period of 15 days is provided for the seised court to make a final ruling on its jurisdiction. A final appeal may be brought before the CCJA (article 13§2).

The new Uniform Act expressly gives the arbitral tribunal the power to order interim or conservatory measures and extend its powers. A request for interim or conservatory measures may be brought before a national court only in cases involving duly demonstrated and recognised urgency, and the reference in the former Act to cases where the request is to be executed in a non OHADA State has been removed. Preventive seizures and judicial securities are excluded from the arbitrators’ powers (as they are under French law) (article 14§13).

The Uniform Act now provides that the parties may expressly waive the right to file an application to set aside (save where this would be counter to international public policy) (article 25§3), and thereby becomes one of the rare texts (along with French law) allowing such waiver, subject to international public policy. The competent court has 3 months to issue a decision thereon; if it does not, an appeal can be brought before the CCJA within the following 15 days (article 27§2).

In terms of exequatur (enforceability), if the national court has failed to issue a decision 15 days after such request was referred, exequatur is deemed to have been granted (article 31§5). In this case, the party seeking enforcement must ask the head Registrar or competent authority of the relevant State to have the enforceability statement added to the award (article 31§6). There is provision for direct appeal to the CCJA of decisions declining exequatur. A decision granting exequatur cannot be appealed (article 32).

To respond to these criticisms, the revised Rules establish certain safeguards:

The procedure for appointing the arbitrator(s), when handled by the Court, has been set out in greater detail and clarified in the Rules. The Secretariat General provides each party with an
identical list drawn up by the Court with at least three names, which each party sends back with the arbitrator names listed in order of preference (striking out rejected names). After the time
frame set by the Secretariat General has expired, the Court appoints the arbitrator or arbitrators based on the names approved on the aforementioned lists, and in keeping with the parties’ order of preference. If appointments are not possible using this procedure, the revised Rules grant the CCJA a discretionary power to appoint one or more arbitrators (article 3.3§2).

According to the revised Rules, the CCJA Secretariat General now includes a copy of the request with all attached exhibits (article 5§4) when notifying respondents of the date of receipt of a request for arbitration naming them as defendants, in order to speed up the starting phase. For the same reasons, the deadline for responding to the request has been shortened (from 45 to 30 days (article 6§1). Four new articles specifically address the questions of third party introductions, voluntary intervenors, multiple contracts and multiple parties (articles 8-1, 8-2, 8-3, and 8-4).

The arbitral tribunal’s powers have been reinforced in terms of admitting evidence (article 19). The tribunal can ask the parties to provide factual explanations to the tribunal, to present evidence it deems necessary to resolve the dispute (article 19.1§3) or even decide to hear witnesses, experts instructed by the parties or any other person, in the parties’ presence or absence, provided they were duly summoned (article 19.2).

The CCJA has been given broader powers in terms of scrutiny of draft awards. The powers are now quite similar to those of the ICC International Court of Arbitration. Like the ICC, the Court can suggest purely formal changes, and now may also draw the tribunal’s attention to claims that do not seem to have been addressed, to mandatory references that do not appear in the draft award, or to the lack of reasons or an apparent contradiction in the reasoning, but cannot, however, propose a line of reasoning or substantive solution to the dispute (article 23.2§1). The Court has one month to complete its scrutiny of the draft award (article 23.2§2).

An award must now be reasoned, and the consent of the parties is no longer adequate to waive this requirement (article 22.1§2). The failure to provide reasons for the award now qualifies as a ground for setting the award aside (article 29.2§2(f)), as well as an improperly constituted tribunal or improperly appointed sole arbitrator (article 29.2§2(b)).

In the interests of accelerating procedure, the CCJA now hands down its decision on setting awards aside within 6 months of receiving the referral (article 29.4§3). Decisions on exequatur are issued by the CCJA President (or a judge with specifically delegated authority) no more than 15 days after the request has been filed (article 30.2§1), in line with the Uniform Act. For awards on interim or conservatory measures, the time frame is 3 days (article 30.2§5). The grounds for setting awards aside are now the same as those in the Uniform Act; this should avoid conflicts between review of awards issued under CCJA rules and review of awards issued within the scope of the Uniform Act but not under CCJA rules. Lastly, under the revised Rules, the CCJA President’s decision to grant exequatur can no longer be appealed on any basis (article 30.4).

The revision of the Uniform Act and the Rules aims to respond to most criticisms of OHADA arbitration in a way that is favourable to arbitration, thereby demonstrating the Member States’ proactive approach to the subject. Although the revised Uniform Act and Rules aim at promoting arbitration seated in OHADA Member States and/or conducted under CCJA rules by increasing efficiency and the independence of the arbitral procedure, only the future interpretation and application of these texts by the CCJA and Member State courts, will show whether these goals have been achieved. 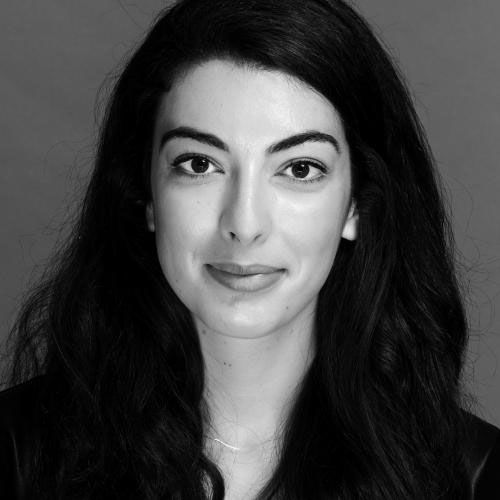