SIAC issues proposal for consolidation of arbitral proceedings between institutions

SIAC has invited comments on its Proposal by 31 January 2018. The memorandum enclosing the SIAC Proposal can be accessed here.

Currently, the arbitration rules of most arbitral institutions (including those of the ICC, SIAC, HKIAC and LCIA) contain provisions for consolidation of arbitral proceedings into a single arbitration under certain conditions. These consolidation provisions typically require (among other criteria) that the parties’ arbitration agreements are “compatible“. A necessary element of compatibility is that the arbitration agreements refer to the same institutional arbitral rules. In practical terms, this means that while an ICC arbitration may potentially be consolidated with another ICC arbitration, it cannot be heard together with a SIAC, HKIAC or LCIA arbitration. SIAC argues that this requirement limits the types of international arbitrations that can be consolidated and prevents many interrelated disputes from being heard together.

The Proposal put forward by SIAC seeks to provide a solution to allow arbitral proceedings conducted under different arbitral rules to be consolidated.

If consolidated, the arbitrations would be administered only by one institution applying its own arbitration rules. The administering institution would be designated on the basis of objective criteria to be agreed in the Protocol, such as the number of disputes subject to the different rules or the time of commencement of the first proceeding.

No opt-in necessary for the parties

The SIAC Proposal offers an interesting basis for further discussions between arbitral institutions. Pending feedback from other leading institutions (which SIAC says it has sought), SIAC’s approach towards greater cooperation between institutions in this area is to be welcomed. As the recent case of Autoridad del Canal de Panama (see our post here and here) illustrate, parallel proceedings too often result in significant costs and complexity for the parties.

The limited potential for consolidation of related disputes without matching arbitration provisions or parties can come as a surprise to some users, particularly those more used to litigation where a court may be more proactive in consolidating disputes before it. Arbitration is a creature of contract, however, and it is critical that all parties have given their consent to the resolution of any disputes by arbitration. This consent must be demonstrated for each contract and between all parties in order for a Tribunal to have jurisdiction to hear the dispute before it.

A potentially controversial issue raised by the Proposal is therefore the question of party consent to consolidation by this mechanism. Under the SIAC Proposal, parties to an arbitration agreement will be deemed to have accepted the possibility of consolidation through their choice of the applicable institutional arbitral rules in its different agreements. The Proposal will then result in the election of a single forum and set of arbitral rules for the resolution of the disputes between the parties, while the parties’ arbitration agreements designate different institutions. The Proposal could, therefore mean that a dispute under a contract providing for (say) arbitration under the SIAC Rules will – because it is related to a dispute arising under a different contract containing an ICC arbitration clause – be resolved by arbitration conducted under the ICC Rules and administered by the ICC Court.  While that may make sense in terms of efficiency and avoiding inconsistent outcomes, it may come as surprise to the parties concerned that agreeing to SIAC arbitration could – without any further agreement – require them to arbitrate pursuant to the rules of a different institution.

If the idea of a protocol is adopted, it would seem prudent for it only to apply to agreements entered into after the date of adoption, in order to avoid obvious issues of party consent being raised against the process at a challenge or enforcement stage. Similarly, it would seem prudent to clarify that parties may opt out of cross-institutional consolidation if they wish. Some transactions will have different fora chosen for the resolution of disputes under different agreements for a reason, and it would be important for this to be recognised.

Finally, significant thought will need to be given to ensuring that the criteria for consolidation under the Protocol are not left open to party manipulation. There are some significant differences between the arbitration rules of leading arbitral institutions, which can be seen by parties as more or less advantageous to their own position, particularly once a dispute has arisen. Parties may seek to exploit the criteria for cross-institution consolidation of proceedings, for example by commencing an arbitration under the agreement with the institutional rules that most benefit them first to sway cross-institutional consolidation towards that particular institution.

All that said, this is a welcome and innovative proposal from SIAC and practitioners will no doubt be keenly interested in how this Proposal is received. As the latest round of arbitration rule revisions has demonstrated, arbitral institutions are quick to adopt new and innovative ideas to ensure arbitration meets the user requirements. It may be that this Protocol is the next new innovation for the industry. 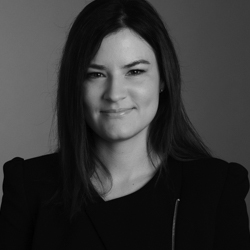