In its recent judgment in Progas Energy Limited and ors v Pakistan [2018], the English High Court (the Court) granted Pakistan’s request for security for their costs in defending a challenge to an investment treaty award. The Court declined Pakistan’s application for security for its unpaid costs in the arbitration awarded to them by the tribunal. The case is of particular interest because the Court considered the relevance to the applications of the fact that the Claimants were funded by a third-party funder.

Background to the dispute

The Claimants brought UNCITRAL arbitration proceedings against Pakistan pursuant to the Mauritius-Pakistan BIT in respect of their investment in an energy company.  The tribunal rejected the Claimants’ claims and made an award of costs in Pakistan’s favour.  The Claimants challenged the award under s68(2)(d) of the English Arbitration Act 1996 (the Act).  After an unsuccessful application for summary dismissal of the challenge, Pakistan applied for security for: (i) their costs in defending the challenge to the award; and (ii) the unpaid costs awarded to them by the tribunal. Throughout the arbitration proceedings and the s68 challenge, the Claimants were in receipt of funding from a subsidiary of Burford Capital (Burford).

Security for costs of defending the challenge to the award: s70(6) of the Act

The Court considered the key question to be whether the Claimants had sufficient assets and whether those assets were available to meet any order for costs. The Claimants had received two letters from Burford (later addressed to the judge hearing the application), confirming that it would ensure that its subsidiary would satisfy an adverse costs order if the Claimants failed to do so (up to the amount sought by the Defendant). The Claimants argued that there were therefore assets available for execution if an adverse costs award was made against them so an order for security would not be appropriate. In particular, the Claimants argued that in the event of their non-payment of an adverse costs order, the Court could make an order against Burford directly under s51 of the Senior Courts Act 1981 (the SCA).

However, the Court found that Burford had made no legally enforceable commitment to either the Claimants or Pakistan to meet an adverse costs order in the challenge proceedings, and therefore Pakistan would not be able to obtain an order from the Court requiring Burford to pay. Further, and referring to X v Y [2013], the Court reiterated that it was not enough to defeat the application for assets to be merely “available” in the abstract: there must be a legal entitlement to them. On the evidence this was not the case.

Moreover, the purpose of the security for costs jurisdiction was to enable recovery of costs awarded without delay or difficulty. Section 51 jurisdiction and the security for costs jurisdiction were not “functionally equivalent“, given that a s51 SCA application can only be made after the costs award has been made, and the Court may not exercise its discretion to grant the order sought leaving the applicant at risk when defending the challenge proceedings. It would be wrong to treat the ability to apply under s51 as being a suitable alternative to an order for security at an interlocutory stage.

The Court also noted that, if Burford was willing to meet an adverse costs order (as it purported to be in the two letters), it could furnish the Claimants with the security to fulfil the order. It rejected the contention that it would be an “unnecessary expense” for Burford to provide security.

The Court ordered security of £400,000.00 (slightly less than the requested £482,029.19) based on a likely assessment of Pakistan’s projected recoverable legal costs for a two-day s68 hearing.

Security for the costs awarded by the tribunal: s70(7) of the Act

Pakistan also sought an order for the Claimants to provide security for the costs that had been incurred during the arbitration and awarded by the Tribunal, of approximately GBP 8 million plus interest, that had not been paid by the Claimants.

For an order for security under s70(7) to be appropriate, the Court noted that the challenge must in some way prejudice the ability of the Defendant to enforce the award or diminish the Claimant’s ability to honour the award, generally based on a risk of dissipation of assets by the Claimant.  It was irrelevant whether the application for security was for costs or damages ordered in an award; the same principles relating to s70(7) should apply.

On the facts, there was no evidence demonstrating the dissipation of assets. Pakistan argued that the approach to the application should be different to the “classic” test, based on the involvement of the funder. While the Court acknowledged that there are “no hard and fast rules”, it rejected Pakistan’s argument. The law relating to s70(7) had identified the approach which should apply “whether the case involves commercial funding or not”.

The Court noted that s70 jurisdiction should not be used purely to “assist” a party in enforcing its award or to circumvent the enforcement steps in s66 of the Act. Were it not for the s68 challenge, Pakistan would have no choice but to enforce under s66 and the fact that the challenge was made with funding did not mean, without more, that security under s70(7) should be ordered.

As third-party funding becomes more prevalent, the Court continues to grapple with the relevance of funding in the exercise of its powers. The Court’s consideration is particularly interesting given that (as was pointed out in this case), the statutory regimes granting the Court’s powers were developed long before the concept of commercial litigation funding.

In this case, there was no enforceable commitment for Burford to fund an adverse costs order against its client. It remains to be seen whether, where there is a binding commitment to reimburse the applicant’s costs, the Court would regard the contractual right to the payment as constituting relevant “available” assets. 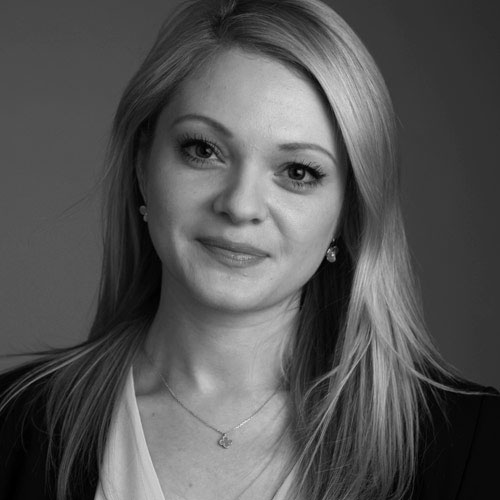