In a decision dated 7 May 2018, the Delhi High Court dismissed the Government of India’s application to declare Vodafone’s second BIT arbitration proceedings in relation to the retrospective tax liability imposed on Vodafone’s 2007 acquisition of Hutchison Whampoa’s Indian operations an abuse of process, and in so doing declined to grant a permanent injunction restraining Vodafone from continuing those arbitration proceedings. The Court granted liberty to India to bring the issue before the Tribunal in those second proceedings (under the India-UK Bilateral Investment Protection Agreement) for that Tribunal to decide on the alleged abuse of process on its own merits.

In 2007, Vodafone acquired a majority stake in Hutchison Whampoa’s Indian mobile phone operations by way of a share purchase executed outside India. The Indian tax authorities subsequently issued a tax demand against Vodafone for over US$2 billion arguing that the offshore transaction attracted tax in India.  Vodafone successfully contested the tax demand in the Indian courts eventually prevailing in the Supreme Court, only for the Government of India to pass new legislation retroactively imposing Indian tax on the transaction.  Vodafone has alleged that such actions are in breach of India’s international law obligations, and Vodafone’s Dutch subsidiary filed for arbitration in April 2014 under the India-Netherlands bilateral investment treaty (“BIT“) (“first arbitration“) which proceedings are ongoing.  In January 2017, in apparent response to arguments raised by India in the first arbitration, two of Vodafone’s UK companies (including Vodafone Group PLC) served a second notice of arbitration under the India-UK BIT (“second arbitration“).

In finding that it had jurisdiction over both the defendant and the subject matter, the Court observed that “there is no threshold bar or inherent lack of jurisdiction in the court to deal with [BIT] Arbitrations” (para.103).

The Court took note of Vodafone’s offer to consolidate the two arbitration proceedings.  Vodafone had stated that “should India bring the challenge of abuse of process before the India-UK [BIT] Arbitration tribunal, they along with the Claimants in the India-Netherlands [BIT] arbitration would apply to the UK Tribunal to consolidate the two arbitrations and with consent of parties both arbitrations could be conducted before the same tribunal.” (para.20).  The Court concluded that consolidation of otherwise parallel arbitrations would be a better option than the prospect of sequential arbitrations suggested by India, as “the plea that Plaintiff-Union of India will be vexed twice over in respect of identical claim” would be resolved (para 126)  The consolidation of the first and second arbitration proceedings would ensure that no relief is granted twice over and that there was no conflict of awards (para.127).  In making these observations, the Court stated that Vodafone would be bound by its offer of consolidation and that the Tribunal should take into account Vodafone’s undertaking (paras.126 & 149).

In rejecting India’s pleas for an injunction, the Court observed that such an injunction against Vodafone proceedings under the India-UK BIT would be unjust since it would deprive Vodafone of the advantages in the foreign forum (para 125).  Instead, the Court vacated its previous interim measure restraining Vodafone from taking any further action under the 2017 Notice of Arbitration.  The Court said that it had granted that interim injunction since “it had been averred in the plaint that the injunction was necessary because India had refused to participate in the process of the constitution of the India-UK [BIT] Tribunal and absent an injunction, India would be forced to participate in the process” (para 130).  However, the Court had since been informed that India had in fact appointed an arbitrator to the India-UK BIT Tribunal.

This decision is an interesting and positive one underlining a continuing trend of pro-arbitration outcomes from the senior Indian courts.  In declining to decide the issue of abuse of process and passing that decision to the relevant arbitral tribunal, the Delhi court has affirmed its support for the kompetenz-kompetenz principle in international arbitration, and resisted the invitation to place its judgment before that of the tribunal. 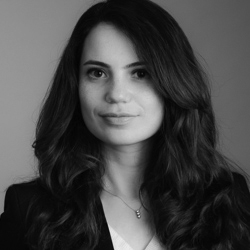