At the same time, it found alleged Russian mandatory jurisdictional rules referring an insolvency dispute to the Moscow Arbitrazh Court insufficient to displace the wide and general wording of an arbitration clause, with the result that it granted an anti-suit injunction in relation to non-EU proceedings.

The parties disputed whether the August Transactions were a genuine commercial arrangement or a fraud on the Bank. It was, however, common ground that determination of this substantive issue was not for the English court. The court also confirmed the traditional position that arbitration clauses are untainted by allegations of fraud.

Following the August Transactions, the Claimants transferred the shares which had been the subject of the earlier Share Pledges to other companies, who then pledged them to another bank as security for other loans.

Three weeks after the August Transactions, the Central Bank of Russia appointed a temporary administrator to manage the Bank.

The Bank – acting by the temporary administrator – commenced proceedings in the Moscow Arbitrazh Court against ten defendants, including the Claimants, seeking invalidation and reversal of various transactions including the Pledge Terminations. This would result in the reinstatement of the Share Pledges. The administrator claimed that the August Transactions (i) involved unequal consideration pursuant to Art 189.40 of the Russian Bankruptcy Law – something akin to the English concept of a transaction at an undervalue – and, under Russian law, subject to Moscow Arbitrazh Court jurisdiction; and (ii) constituted an abuse of rights contrary to Arts 10 and 168 of the Russian Civil Code.

The First and Second Claimants, incorporated in Cyprus, sought an order from the Cypriot court preventing the Bank from taking any steps to register the Share Pledges pursuant to the Russian proceedings. Meanwhile, the Bank commenced substantive proceedings in Cyprus alleging a fraudulent conspiracy and seeking orders annulling certain transactions and restoring the Share Pledges and / or damages. These broadly mirrored the Russian proceedings, albeit there are no insolvency issues.

At the same time, the Claimants commenced (or purported to commence) ten arbitrations against the Bank, one under each Share Pledge and related Pledge Termination. The Tribunal appointed in each arbitration was identical and the parties appeared to have agreed to consolidate the arbitrations. The Claimants sought  declarations from the arbitral tribunal(s) that the Pledge Terminations are valid and an anti-suit injunction, similar to the one sought before the English court.

The Claimants made an application before the English court for a final anti-suit injunction to restrain the pursuit of the court proceedings in Russia and Cyprus which they alleged had been brought in breach of the arbitration clauses in the Share Pledges and Pledge Terminations.

The court confirmed its general power to grant an anti-suit injunction in support of an arbitration under section 37 of the Senior Courts Act 1981, noting that the power does not depend on whether an arbitration has been or is about to be commenced.

The application need not be made to the arbitrators

The court disagreed with the Bank’s position that an anti-suit application should be made to the arbitral tribunal that had already been constituted and not to the court. The court noted that, in the absence of a section 9 application by a defendant for a stay of the application, “there is no reason why the court should not exercise the jurisdiction to grant anti-suit relief which it undoubtedly has“. The effect of The Angelic Grace [1995] 1 Lloyd’s Rep 87 and AES Ust-Kamenogorsk Hydropower Plant LLP v Ust-Kamenogorsk Hydropower Plant JSC [2013] UKSC 35 was that the availability of anti-suit relief from the arbitrators was no reason for the court to refuse an injunction or to issue only a temporary, as opposed to a final, injunction. As an aside, the court noted that, in practice, a defendant would rarely make the necessary section 9 application to stay the anti-suit action brought in court in favour of arbitration. The mere fact of parallel court proceedings would indicate that the putative section 9 applicant disputes the validity of the arbitration clause. It would therefore be highly unlikely to seek a stay from the court to allow the tribunal (whose jurisdiction it disputes) to order an anti-suit injunction.

Russian proceedings are in breach of arbitration agreements

The court found that the “abuse of rights” claim in Russia was an ordinary civil claim and had nothing to do with insolvency law, and hence was clearly within the scope of the arbitration agreement.

As to the insolvency claim, the Bank argued that it was either outside the scope of the arbitration agreements or not arbitrable at all. The court rejected both arguments for the following reasons, and consequently granted the injunction sought:

Russian insolvency proceedings within the scope of the arbitration agreements

It rejected the suggestion of a presumption (as exists in Singapore[1]) that would exclude insolvency proceedings from the ambit of arbitration agreements in the absence of express language. The court also noted the “modern view” that commercial parties agreeing to arbitrate do not deprive themselves of fundamental rights to access the courts, and found inapplicable the necessity test[2] to imply a limitation of the scope of the arbitration clause.

Emphasising substance over form, the judge had no difficulty finding that, however one wished to characterise the dispute, it was “plainly” capable of being determined in arbitration.

Effectiveness of Regulation not to be undermined via anti-suit injunction

The judge found that there was nothing to undermine or even address the “fundamental principles concerning the effectiveness of the Regulation which were affirmed in the West Tankers case and reiterated in Gazprom“. The relevant principle was that an anti-suit injunction directed at EU Member States’ court proceedings, while not itself within the scope of the Regulation, undermines the effectiveness of the Regulation and is, therefore, prohibited. He further noted the absence of an express provision in the Recast Regulation itself or its recitals that these principles no longer apply or that an anti-suit injunction should take precedence.

The judge analysed AG Wathelet’s opinion in Gazprom (that was not adopted by the CJEU) and strongly disagreed with it in several respects, concluding that “there is nothing in the Recast Regulation to cast doubt on the continuing validity of the decision in West Tankers“.

No injunction regarding the Cyprus proceedings

Because Cyprus was an EU Member State, the court could not order an anti-suit injunction against the Cypriot proceedings. The court pointed out several possibilities that could bring an end to those proceedings: (i) the Cypriot court itself may order a stay or (ii) the Tribunal could issue an order restraining the Cypriot proceedings which, following Gazprom, would be entitled to recognition and enforcement under the New York Convention even in EU Member States. The second possibility, however, presupposes that such an order would be treated as an “award” for the purposes of the New York Convention.

The court further noted that the Regulation’s framework provides for the possibility of a court judgment negating the effectiveness of an arbitration agreement and a conflicting arbitral award upholding jurisdiction. In this case, the judge held that “recognition and enforcement of the award under the New York Convention is to take precedence“, noting that this scenario may well arise in the present circumstances.

The court found there were no other extenuating circumstances or reasons not to grant the anti-suit injunction against the Russian court proceedings. The court also deferred the Claimants’ claim for indemnification for the costs of the Cypriot proceedings.

This important judgment makes certain welcome clarifications to the law:

It remains to be seen whether the judge’s West Tankers interpretation and rejection of AG Wathelet’s analysis in Gazprom will be followed more widely in England and Wales, and mirrored by other EU jurisdictions. While historically anti-suit injunctions tend to be a common law creature, there is scope for its increased use across the EU (both to restrain subsequent court proceedings under lis pendens and non-EU court proceedings in support of arbitration).

It is also interesting that the court suggested that the Cypriot proceedings could be brought to an end by an “order” of the tribunal. It may be that the choice of language here was not intentional, but if it were, it presupposes that such an order would be treated as an “award” for the purposes of the New York Convention. This is an unsettled area and judicial pronouncements are rare. For example, the Singaporean Court of Appeal found an interim award enforceable as it was finally dispositive of a preliminary issue (and it distinguished the decision from a “provisional” award that was open to revision) – see here for a further discussion. Arguably a Tribunal’s final anti-suit injunction has the necessary aspect of finality and this court’s decision appears to support this view, as does the Gazprom judgment – see here for more detail. A party seeking to enforce such a decision via the New York Convention should request the Tribunal to make it in the form of a partial award, as opposed to (as may be commonly the case) a Procedural Order. 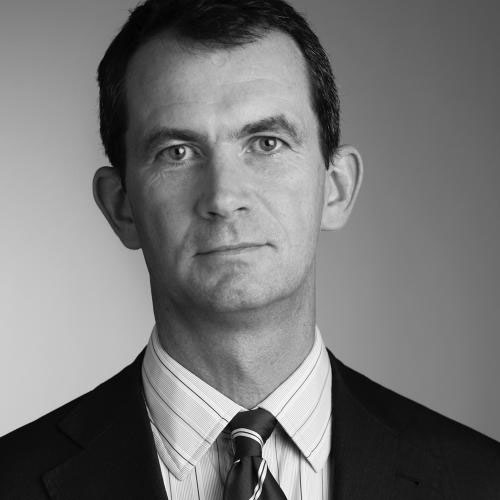 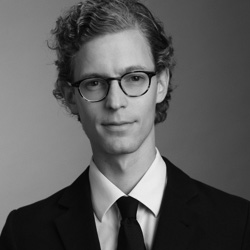