In this issue we consider various court decisions, which cover issues such as the applicability of the Arbitration Amendment Act 2015, binding non-signatories to an award, enforcement of an award before the National Company Law Tribunal, and the continued pro-arbitration approach of the Indian courts. In other news, we consider the continued rise of institutional arbitration in India, a detailed analysis of the proposed amendments to the Arbitration Act, as well as India-related bilateral investment treaty news (and other developments).

As reported here, there has been some confusion within the Indian courts as to the applicability of the 2015 amendments (the “Amendments”) to the Arbitration and Conciliation Act 1996 (the “Act”) to pending court proceedings for the enforcement of awards. Section 26 of the Act provided that the amendments would only apply to arbitrations commenced after 23 October 2015. This resulted in confusion amongst the various High Courts as to whether the Act applied to court proceedings filed after the effective date but where the arbitration was commenced prior to the effective date. In a recent decision, the Supreme Court clarified in Board of Control for Cricket in India v Kochi Cricket Pvt. Ltd[1] (“Kochi Cricket”) in March 2018 that – “ Section 36 as amended should apply to Section 34 applications filed before the commencement of the Amendment Act…”. Therefore, the amendment to section 36 of the Arbitration Act removed the automatic stay on the enforcement of arbitration awards if a challenge to enforcement was made under section 34 of the Act was held to apply even where the arbitration award was made before October 2015. However, the draft Bill to amend the Arbitration Act is likely to reverse this position. For more please see here.

In January 2017, two of Vodafone’s UK based companies served a notice of arbitration under the India-UK BIT (the “Second Arbitration“). This notice followed an existing arbitration commenced by Vodafone’s Dutch subsidiary in April 2014 under the India-Netherlands BIT (relating to the widely reported tax demand of US$ 2 billion on Vodafone by the Indian tax authorities). The Government of India filed a suit against Vodafone before the Delhi High Court to argue that a combination of factors (namely that the UK entities and the Dutch entity existed in the same vertical corporate chain, both complaints related to the same tax measures, and that the relief sought was identical) demonstrated that the Second Arbitration amounted to an abuse of process and that Vodafone should be restrained from taking any action pursuant to the Second Arbitration.

In a continuing trend of pro-arbitration outcomes from the Indian courts, the Delhi High Court refused to decide whether Vodafone’s commencement of the Second Arbitration was an abuse of process. In its decision, the court noted that it had jurisdiction to hear the application, but held that the issue of whether there had been an abuse of process was a matter for the arbitral tribunal in the Second Arbitration to decide. A further discussion of this case is available in our blog post here.

Further to the decisions of Chloro Controls[6] and Rakesh S. Kathotia[7], in two recent decisions, the Indian Supreme Court clarified the grounds on which non-signatories to an arbitration agreement could be referred to arbitration.

In addition to the primary issue of non-signatories being bound by arbitration agreement, these judgments are also significant because they discuss the enforcement and execution of an arbitral award before the National Company Law Tribunal (NCLT) (Cheran Properties) and build upon the jurisprudence (previously discussed here) that a mere allegation of fraud would not preclude reference to arbitration (Ameet Lalchand). For more please see here.

The Supreme Court of India has resolved important questions on the interpretation of amendments to the Arbitration Act and Conciliation Act 1996 (“Arbitration Act“) as regards the enforcement of domestic and international arbitration awards.

In Sundaram Finance Limited v Abdul Samad, the Supreme Court clarified that a party could directly apply to the court which had jurisdiction over the assets subject to enforcement without having to first apply to transfer a decree from another court where an application may have been made in relation to the arbitration agreement. These judgments, and two further important judgments by the Delhi High Court and Rajasthan High Court relating to “set-aside” applications and public policy considerations, are covered in detail here.

As we reported earlier this year, in NHAI v M/S. Bsc-Rbm-Pati Joint Venture, the National Highways Authority of India challenged an arbitral award rendered in a dispute with a contractor. The Court upheld the award, noting that the tribunal was the final arbiter on factual and legal issues, and errors “which stop short of perversity” must not be interfered with by the courts. As long as the tribunal’s view was “plausible, and not merely possible” the courts should not intervene. Similarly in Delhi Metro Rail Corporation Limited (“DMRC”) v Delhi Airport Metro Express Private Limited, the Court was faced with a set-aside application by the DMRC in relation to a dispute arising out of the construction of the Delhi Metro project. The Court dismissed the application, finding that the Court does not sit as a court of appeal and is not expected to review the evidence and pleadings afresh.

With the opening of its Delhi centre, NPAC becomes the first Indian arbitration institution to have two centres in the country.  This growth is timely in light of the Sri Krishna Committee Report (previously covered here) and other actions being taken by the Government of India to promote institutional arbitration within India.

In July 2018, over 50 guests came together in Maxwell Chambers in Singapore for a breakfast seminar on ‘Protecting your investments in India: Developments in Dispute Resolution’, co-hosted by the MCIA and Herbert Smith Freehills and supported by Economic Laws Practice (“ELP”).  The panel, comprising Kritika Venugopal (Senior Associate (Disputes), Singapore), Xinping Chen (Senior Legal Counsel at Accenture, APAC), Naresh Thacker (Partner, ELP) and Neeti Sachdeva (Secretary General and Registrar at MCIA), discussed recent developments in Indian arbitration law and practice, the rise of institutional arbitration and investment protection in India.

We have previously covered the establishment of the MCIA in October 2016 as an independent arbitration institution with the support of the Government of Maharashtra (see here).  Herbert Smith Freehills Partner and Head of the India Disputes Practice, Nicholas Peacock, was part of the Rules Committee and in 2016 joined the founding MCIA Council.

As of July 2018, MCIA’s arbitration facilities in Mumbai have been used for over 250 hearings, including at least 1 arbitration pursuant to a contractual clause specifying MCIA rules arbitration.

We reported here in February 2018, that car manufacturers Renault and Nissan had commenced a joint action against the Government of Tamil Nadu under the India-Japan Comprehensive Economic Partnership Agreement and that the Tamil Nadu Government had subsequently sought to prevent the action by way of injunctive proceedings before the Madras High Court. According to recent reports, the parties have informed the Madras High Court that settlement talks are underway and that the ongoing injunctive proceedings should be adjourned pending the outcome of those discussions.

Carissa Investments is reported to have filed a claim against India under the India-Mauritius BIT seeking damages in the order of US$50 million. The dispute relates to the development of a special economic zone (“SEZ“) (the InduTechZone) in the state of Telengana, in which Carissa has a 49% interest. The development of the project is said to have halted because of investigations into allegations of money laundering against a senior politician involving the land intended for the new development.  According to news reports, the key allegation in the legal notice is that the SEZ project has failed to commence given the pending political and legal issues and that Carissa’s investment has not been suitably protected. According to the Investment Arbitration Reporter,  the parties are in the process of appointing a tribunal.

As reported here, the Ras Al-Khaimah Investment Authority (“RAKIA“) filed a notice for arbitration under the India-UAE Bilateral Investment Promotion and Protection Agreement seeking compensation for the revocation of certain mining licenses. The tribunal is reported to have rejected a request for bifurcation of proceedings (into a jurisdiction and merits phase) and the hearing is scheduled for September 2019. The tribunal comprises Lord Hoffman, Justice CK Prasad (Retired) and William Rowley QC.

According to this report, a tribunal constituted under the Germany-India BIT has found that India breached its obligations under a telecom services contract with Deutsche Telekom. The dispute relates to the cancellation of a contract between Antrix Corporation Ltd (a state-owned entity) and Devas Multimedia (a Deutsche Telekom subsidiary).  A further phase to determine the quantum of damages will follow. The tribunal comprises Daniel Price, Brigitte Stern and Gabrielle Kaufmann-Kohler as President.

As previously reported here, a draft Bill to amend the Act was passed by the Lower House of the Indian Parliament on 10 August 2018, namely the Arbitration and Conciliation (Amendment) Bill, 2018 (the “Bill“). The key features of the Bill are to:

The Bill will now be referred to the Upper House of Parliament (the Rajya Sabha) and is likely to be considered during the Winter session of Parliament in November-December 2018.

We previously reported (here) on the Delhi High Court’s decision to enforce an international award allowing Daiichi Sankyo to recover INR 3,500 crores from the former Ranbaxy promoters, Malvinder Singh and Shivinder Singh. By his judgment dated 31 January 2018, a single Judge of the Delhi High Court upheld the 2016 award of an arbitral tribunal seated in Singapore.

On 16 February 2018, the Supreme Court rejected the Singhs’ appeal against the Delhi High Court’s decision and stated that “[it was] not inclined to interfere.” This rejection by the Supreme Court seemingly brings an end to the remedies available to the brothers in India. Since the Supreme Court’s decision, the Delhi High Court has reportedly ordered the attachment of some of the assets held by the Singh brother. The Singh brothers have since sought to challenge the award before the Singapore courts with leading Indian Senior Counsel, (Harish Salve and Gopal Subramaniam) said to be representing the parties in the Singapore court.

The recent 2018 Global Pound Conference (GPC) series brought together over 4,000 dispute resolution stakeholders, at 28 conferences spanning 24 countries worldwide in a unique and ambitious initiative to inform how civil and commercial disputes are resolved in the 21st century. Herbert Smith Freehills is a global founding sponsor of the series and has worked with PwC and IMI (International Mediation Institute) to identify key insights emerging from extensive voting data collected from in-house counsel.

This year, data gathered during the 2016 and 2017 series was analysed and four Key Global Themes and four Regional Differences were observed.

These early insights show the potential of the GPC to inform global discussions around the future of dispute resolution. The themes emerging are as relevant to India–related dispute resolution as to any other jurisdiction. To know more about the conclusions from the GPC series, please click here. 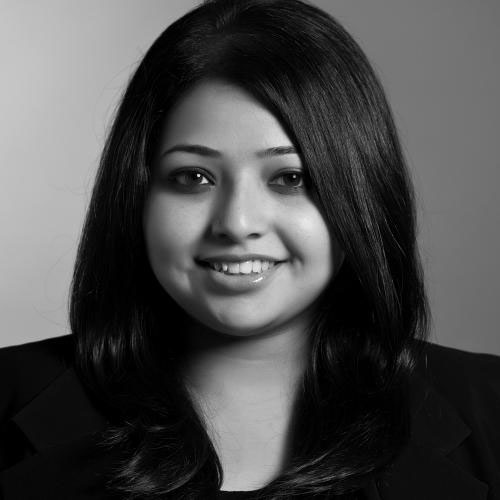