In Sabbagh v Khoury and others, [2019] EWCA Civ 1219 (available here), the English Court of Appeal partly upheld the injunction granted by the Commercial Court restraining the pursuit of arbitration proceedings seated in Lebanon.  In doing so, the Court of Appeal confirmed the power of English courts to restrain a foreign arbitration on grounds that the foreign arbitration is oppressive and vexatious and provided helpful guidance on the exceptional circumstances in which English courts may exercise this power.

In our analysis of the English Commercial Court’s decision which was under appeal, we described the background to the Sabbagh family feud and the procedural history of the application to restrain arbitration proceedings in Lebanon.

In summary, in July 2013, Ms Sana Sabbagh issued proceedings in the Commercial Court against various defendants including her brothers in connection with the assets of their late father, Mr Hassib Sabbagh.  Sana’s claims are two-fold: first, she alleges that the defendants conspired to misappropriate assets belonging to Hassib (the “asset misappropriation claim“); and second, she alleges that the defendants conspired to deprive her of her entitlement to the shares in CCG (the “share deprivation claim“), the ultimate holding company of the Consolidated Contractors Company group which is the largest engineering and construction business in the Middle East.

Sana established jurisdiction on the basis that one of the defendants is resident in England – this is also the only connection of the underlying dispute with England.

In July 2017, the Court of Appeal refused the Arbitration Claimants’ request to stay the English proceedings in favour of the Lebanese Arbitration (the “2017 judgment“).  It held that neither the asset misappropriation claim nor the share deprivation claim fell within the terms of the relevant arbitration agreement.

The Commercial Court’s decision and the grounds of appeal

The Arbitration Claimants sought and were granted permission to appeal on the following two propositions:

Decision of the Court of Appeal

However, there was disagreement between the parties on whether the shares claim in the Lebanese Arbitration was similarly indistinguishable from the share deprivation claim in the English proceedings.  When the English proceedings were issued in 2013, the reliefs claimed by Sana included an order for the restitution of the shares to which she claimed to be entitled (in other words, an order for the re-transfer of the CCG shares to Sana).  In 2014, however, Sana limited her claim to a personal claim for damages for the loss of the property (i.e. the CCG shares to which she would otherwise be entitled).  The share deprivation claim was therefore a claim for damages, rather than a claim to be recognised as a shareholder of CCG.

Lord Justice Richards noted that the fact that the share deprivation claim was limited in this manner was central to the Court of Appeal’s refusal to stay (in the 2017 judgment) the share deprivation claim in favour of the Lebanese Arbitration.  This was because the parties agreed that in principle, a claim to be a shareholder in CCG was subject to arbitration under the arbitration agreement of CCG’s articles of association.  Lord Justice Richards concluded that the shares claim in the Lebanese Arbitration which was not limited in the same manner was accordingly within the scope of the arbitration agreement.

The points of principle were then analysed in the context of this finding.

First Ground: Jurisdiction of the English courts to grant an injunction restraining a foreign arbitration

Lord Justice Richards rejected this argument and held that English courts have the jurisdiction to grant such an injunction.  He found that the power of an English court to grant an injunction is conferred by section 37 of the Senior Courts Act 1981.  It is well established that an injunction may be granted to restrain foreign (court) proceedings where the pursuit of such proceedings is oppressive and vexatious.  There is no reason that a similar power should not exist in relation to foreign arbitrations unless such power is modified / excluded by statute (i.e. the Arbitration Act).  However, Lord Justice Richards held that it was not possible to extract such a modification / exclusion from the Arbitration Act.  Section 1(c) of the Act (“in matters governed by this Part [Part 1 of the Arbitration Act] the court should not intervene except as provided by this Act“) was not determinative as: first, matters governed by Part 1 are ordinarily English-seated arbitrations (and not foreign arbitrations); and second, the word “should” and not “shall” was deliberately chosen for section 1(c) – this makes clear that section 1(c) implies a need for caution before, rather than an absolute prohibition of, any court intervention (citing Lord Mance’s judgment in AES Ust-Kamenogorsk Hydropower Plant LLP v Ust-Kamenogorsk Hydropower Plant JSC [2013] UKSC 35).

Will the court grant an anti-arbitration injunction where the dispute falls within the arbitration agreement?

Under the first ground of appeal, the Arbitration Claimants also advanced a narrower submission that even if an English court has jurisdiction to grant an anti-arbitration injunction, it will not do so where the dispute falls within the arbitration agreement.

Lord Justice Richards found the logic of this submission “irresistible“.  Where a dispute falls within the arbitration agreement, an English court would be bound under section 9 of the Arbitration Act to stay the English proceedings in which the same claim was made.  It would follow that the court either has no power, or should not exercise it, to grant an anti-arbitration injunction.  Indeed, granting such an injunction would be wholly contrary to the fundamental principle underpinning the New York Convention and the Arbitration Act of respecting and giving effect to arbitration agreements.

Second Ground: Is it a precondition to the grant of an anti-arbitration injunction that England is the natural forum for the underlying dispute?

The Arbitration Claimants submitted that, just as with anti-suit injunctions, English courts should not restrain a foreign arbitration on the basis that the arbitration was oppressive and vexatious unless England is the “natural forum” for the underlying dispute.  As noted above, the only connection of the underlying dispute with England was that one of the defendants was resident in England.

Lord Justice Richards rejected this submission.  He noted that the rationale underlying this precondition for anti-suit injunctions on grounds of oppressive and vexatious conduct was that the anti-suit injunction involved an indirect interference with the sovereign jurisdiction of the courts of foreign states.  Since this is inconsistent with the principles of comity, it must be kept within strict bounds and the test of natural forum is one of the key means of achieving this.  Lord Justice Richards found that this rationale did not apply to a foreign arbitration.  An anti-arbitration injunction does not involve an interference with the jurisdiction of a foreign court (except in the “very indirect way” of interfering with a foreign court’s supervisory jurisdiction).

Like the decision of the English Commercial Court, the decision of the English Court of Appeal to partly uphold the injunction restraining a foreign arbitration where the underlying dispute has little or no connection with England may seem odd at first glance.  Indeed, like Mr Justice Knowles, Lord Justice Richards emphasised the exceptional nature of granting such an injunction on the grounds that the foreign arbitration proceedings are oppressive and vexatious. 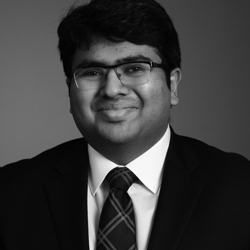