On 17 January 2020, by its ruling numbered (2019) Jing 04 Min Te 135 (Ruling), the Beijing Fourth Intermediate People’s Court (Beijing Court) upheld the validity of an arbitration agreement in a prospectus for a short-term financing bond which also contains conflicting litigation clauses.

In the Ruling, the Beijing Court followed the opinion of the Supreme People’s Court of China (SPC), reversing the lower court’s initial conclusion.  The SPC opined that, where a contract contains different dispute resolution clauses in different sections, the parties’ “last expression of intent” prevails.

In October 2017, Beijing Huaye Capital Holdings Co., Ltd. issued a prospectus for its RMB500 million short-term financing bond.  The term of the bond is 365 days.  On 2 August 2018, Guangzhou Securities Co., Ltd. purchased the bond at par value for RMB50 million according to the terms of the Prospectus.

Chapter 11 of the prospectus  (under the heading “Investors Protections”) contains a number of inconsistent dispute resolution clauses:

In November 2018, Guangzhou Securities filed a request for arbitration against Huaye Capital with CIETAC, relying on the Arbitration Agreement.  It claimed that Huaye Capital had breached the terms of the prospectus by failing to redeem the bond or to pay interest.

In response, Huaye Capital challenged the jurisdiction of CIETAC in early 2019 on two main grounds.  First, it argued that the Arbitration Agreement applies only to disputes arising from the change of control of the issuer under Article 7, Chapter 11 of the prospectus.  Since Guangzhou Securities’ claims were based on Huaye Capital’s default in repaying the principal and interest, the Arbitration Agreement does not apply.  Second, it argued that the prospectus provided for both litigation and arbitration and was therefore invalid under Chinese law.

Minded to invalidate the Arbitration Agreement, the Beijing Court reported the case to the higher courts pursuant to article 2(2) of the Provisions of the Supreme People’s Court on Issues relating to the Reporting and Review of Cases Involving Judicial Review of Arbitration” (Reporting Provisions) (further explanation here).  The case was ultimately reported to the SPC for review.

Two points are worth noting.

First, it has been trite law in China that a “hybrid arbitration clause”, i.e., an arbitration clause which provides that the parties can submit their disputes to either arbitration or litigation, is invalid.  This was reinforced after the SPC Interpretation on Arbitration Law came into effect in 2006.  The Beijing Court Ruling may indicate that the SPC is now adopting a more flexible and pro-arbitration approach to this issue.  Based on the limited SPC remarks in the Ruling, we think the language of the Arbitration Agreement, which refers to arbitration only and specifically covers “the agreement above”, and the fact that the Arbitration Agreement is the last paragraph of the prospectus, both influenced the SPC’s decision.  Although the Ruling should not be seen as a blanket removal of the restrictions imposed by Article 7 of the SPC Interpretation on Arbitration, it does suggest that the SPC may now consider this issue on a case by case basis.

Second, before the SPC issued its latest Reporting Provisions in December 2017, the “reporting system” applied only to foreign-related arbitrations.  Had the current case taken place before 2018, the Beijing Court would have delivered its ruling against the Arbitration Agreement without having to report to the SPC.  After the Reporting Provisions came into force in January 2018, the SPC has taken control of all cases – both foreign-related and domestic – in which a lower court is minded to hold an arbitration agreement invalid.  The Ruling is another example of the SPC supporting arbitration within the current legal regime. 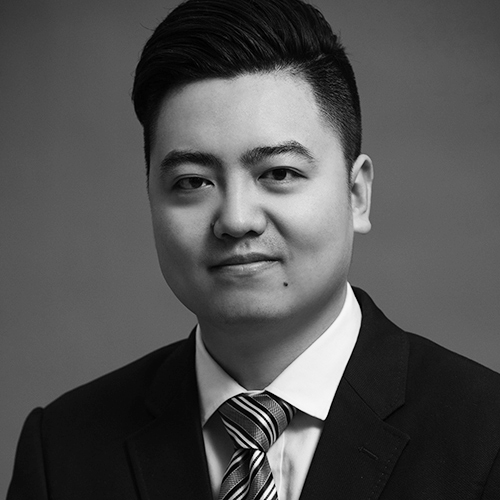