On 3 June 2020, the Cairo Court of Appeal set aside a US$ 1 billion investment treaty award arising out of a dispute between a Kuwaiti construction company and the State of Libya, in relation to a license for a tourist development project in Tripoli, Libya.

The award was issued under the Unified Agreement for the Investment of Arab Capital in Arab States dated 26 November 1981 (the “Unified Agreement” or the “Treaty”). The arbitration was seated in Cairo, Egypt and administered by the Cairo Regional Centre for International Commercial Arbitration (“CRCICA”).

Mohamed Abdulmohsen Al‐Kharafi & Sons Company (“Al Kharafi” or the “Claimant”) entered into an investment agreement on 8 June 2006 with the Libyan Service for Touristic Development. The agreement anticipated that Al Kharafi would build and operate a five-star hotel, apartments, commercial centre, restaurants, and recreational areas. The lease was for a period of 90 years and was subject to an annual payment of 730,000 Libyan Dinars (LD). Construction was expected to last seven and a half years and to cost approximately USD $130 million. Under the agreement, if a dispute arose between the parties, it was to be settled in accordance with the Unified Agreement and would be governed by Libyan law.

Between 2006 and 2007 Al Kharafi was confronted with third-party claims to the land by Libyan public entities, and was later requested to vacate the land, pending resolution of these issues. On 21 January 2009, the Libyan government proposed an alternative plot of land for the tourist development project, which was refused by Al Kharafi. In 2010, the government terminated the license for the project.

On 3 March 2011, Al Kharafi initiated arbitration proceedings under the Unified Agreement against the Libyan Ministry of Economy, the General Authority for Investment Promotion and Privatization Affairs, the Ministry of Finance, and the Libyan Investment Authority (collectively “Libya”) for breach of the obligations under the agreement, Libyan law, and the Treaty. Al Kharafi claimed, amongst other damages, US$ 5,030,000 in sunk costs, US$ 50,000,000 for moral damages, and US$ 2 million for lost profits. Libya raised various jurisdictional objections and denied responsibility for the Claimant’s losses, arguing in part that it had presented a feasible alternative which Al Kharafi had refused.

On 22 March 2013, an award was rendered in favour of the Claimant. The Arbitral Tribunal ordered Libya to pay US$ 936 million plus 4% interest calculated from the date the award was issued. Today, the award is valued at US$ 1 billion.

Following recognition and enforcement proceedings brought by the Claimant, on 13 May 2013, the award was rendered enforceable by an order of the President of the Paris Tribunal de Grande Instance. The order was confirmed by the Paris Court of Appeal’s decision on 28 October 2014. Libya subsequently lodged an appeal of the decision, which was dismissed by the French Court of Cassation on 8 June 2016.

Meanwhile, in Egypt, the Respondent initiated set aside proceedings before the Cairo Court of Appeal under Egyptian Arbitration Law No. 27 of 1994.  A series of proceedings ensued, as follows:

The Cairo Court of Appeal’s decision

The Cairo Court of Appeal found that the arbitral award should be set aside on public policy grounds, as one of the grounds available for the annulment of an arbitral award under the Egyptian Arbitration Law. The Court held that the Al Kharafi decision violated Egyptian public policy as it departed from “the principle of equality or proportionality of compensation.” This principle was found to be one that could “not be derogated from,” entitling the Court to a review “without entering into the substance of the dispute.” The Court also considered that the Al Kharafi tribunal failed to apply the principles governing an award of lost profits under Egyptian law.

The Court reasoned that the arbitral award’s decision on damages constituted a clear and serious violation of the essence of the principle of proportionality between the amount of compensation granted, and the damages actually incurred by the Claimant.

The Court added that, in the case before it, the compensation awarded by the arbitral tribunal included Al Kharifi’s claim for lost profits, deeming them certain to occur in the future without further assessing whether the future damages were sufficiently proven by the Claimant, i.e., as summarized by the Court: “it defies logic to compensate for damages that are not present or simply because they may occur”. The Court further added that, to allow compensation for potential damages would essentially “amount to a civil penalty / punishment”. The Court reasoned that any compensation should also take into account the uncertainty and risks inherent in the market system and the implications this would have on the damages claimed. On this basis, the Court highlighted that it was improper for the tribunal to award compensation for damages that the Claimant had not incurred.

Further highlighting the key principles on damages under Egyptian law, the Court wrote that: “it is noteworthy that, when discussing the elements of [compensable] damages, legal scholars use the following illustration: “if someone pushes a pregnant woman, they will have to compensate her for the full extent of her injuries. However, she cannot also be compensated for the miscarriage that could have occurred, if this miscarriage did not in fact happen.”

It remains to be seen whether the decision will be appealed by Al Kharafi to the Court of Cassation. If appealed, the Egyptian Court of Cassation may shed further light on the underlying principles of Egyptian public policy on which the annulment would, or would not be upheld.

It is important to note, however, that the outcome in the Egyptian proceedings will be unlikely to impact the enforcement proceedings pending before the French Courts. Under French law it is well-established that an award set aside at its seat may be granted recognition and enforcement in France insofar as it satisfies the requirements of French law. 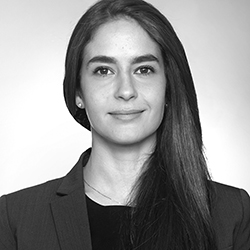