ENFORCING AWARDS DOWN UNDER CONTINUES TO PAY OFF: FEDERAL COURT OF AUSTRALIA ENFORCES FOREIGN AWARD DESPITE PROCEDURAL IRREGULARITIES

The Australian Federal Court has granted an application to enforce a foreign arbitral award despite procedural irregularities in the arbitration proceedings.

The decision in Energy City Qatar Holding Company v Hub Street Equipment Pty Ltd (No 2) [2020] FCA 1116 (‘ECQ v Hub’) builds upon Australian jurisprudence promoting ease of enforcement of foreign arbitral awards. This judicial attitude is reflected in the seminal cases of TCL Air Conditioner (Zhongshan) Co Ltd v Castel Electronics Pty Ltd [2014] FCAFC 83, and William Hare UAE LLC v Aircraft Support Industries Pty Ltd [2014] NSWSC 1403, which clarified the limited circumstances in which an arbitral award will be set aside or denied recognition or enforcement as a result of a breach of natural justice or a failure to accord a party procedural fairness. ECQ v Hub further illustrates how Australian courts approach enforcement actions that involve questions of adequate notice and compliance with arbitral procedure. The decision reinforces the pro-arbitration stance of Australian courts and the positive status of Australia as an enforcement friendly-jurisdiction.[1]

In ECQ v Hub, Jagot J addressed an application to enforce a foreign arbitral award under the International Arbitration Act 1974 (Cth) (‘the IAA’). The applicant ‘ECQ’ and the respondent ‘Hub’ had entered into a contract for the supply and installation of street lighting and street furniture in Energy City Qatar (‘the Contract’). The Contract was subject to the laws of Qatar and provided that disputes not amicably settled within 28 days were to be referred to arbitration in accordance with Qatari arbitration rules.

ECQ paid US$820,322.16 to Hub under the Contract as an advance payment. In 2012, ECQ decided not to proceed with the Contract and sought repayment of this amount. While Hub initially indicated it would revert to ECQ after receiving legal advice, Hub in fact ceased communications and retained the payment. ECQ filed a statement of claim in the Qatari Plenary Court of First Instance seeking orders that the court appoint an arbitral tribunal of three arbitrators, including an arbitrator nominated by ECQ, relying on Qatari procedural laws as opposed to the contractual arbitration procedure. The Qatari Court made orders appointing an arbitral tribunal on January 2017.

Under the terms of the Contract, ECQ was required to deliver any notice to Hub at a specific address in Chippendale, Sydney. Jagot J accepted the evidence of a former employee of Hub Qatar (an associated company to Hub) that a number of letters and notices from the arbitral tribunal were provided to him at Hub’s Sydney office while he worked for Hub Qatar. This was in contrast to the evidence of Hub’s Sydney-based directors that they had never seen the documents. Jagot J found the directors’ evidence to lack credibility and inferred that Hub had decided not to involve itself in the arbitration based on its own best interests at the time.

The arbitral tribunal issued an award on 1 August 2017 in Arabic with an English translation. The award indicated that the tribunal was satisfied that Hub had failed to make an appearance despite being notified by the tribunal of the proceedings on multiple occasions.

Hub argued before the Federal Court that the award could not be enforced under s 8 of the IAA due to the operation of a series of exceptions within ss 8(5) and 8(7) of the IAA. These included:

Jagot J rejected arguments (2), (3) and (6) outright on the basis that Hub had actual notice of the arbitration such that the failure to present its case flowed from its own decision of non-involvement. Her Honour also rejected argument (5) because the notices from the arbitral tribunal to Hub were in English. Hub’s decision to ignore the notices despite knowing the arbitration was on foot precluded any argument that prejudice had been suffered in relation to this ground.

Given that Hub had actual notice of the arbitration proceedings, the key issue raised by the remaining grounds (1) and (4) was whether the arbitral tribunal was properly constituted notwithstanding that the provisions in the Contract regarding the procedure for giving notice and appointing arbitrators were not followed. Hub argued that failure to adhere to the contractual procedures meant that the arbitral proceedings were invalidly commenced and that it was entitled to ignore the process in Qatar.

These cases informed the view of Jagot J that it was incumbent on Hub, as the party resisting enforcement, to prove that the appointment of the arbitral tribunal by the Qatari Plenary Court of First Instance was invalid due to the incorrect application of Qatari law. That Qatari Court had found that a dispute between the parties had arisen prior to an agreement between them as to the arbitrators, which enlivened its power to appoint the tribunal according to Art 195 of the Qatari Civil and Commercial Code of Procedure. That article relevantly provides:[2]

If a dispute arises between the parties prior to an agreement between them as to the arbitrators…the court which has jurisdiction to consider the dispute shall appoint the necessary number of arbitrators at the request of one of the parties.

However, the expert evidence led by Hub did not address the Qatari Court’s finding of the existence of a dispute. As a result, Hub failed to prove that the appointment of the arbitrators by that Court was not in accordance with Qatari arbitral rules, such that the referral of the dispute was not contrary to the Contract. Further, Hub’s silence and refusal to respond to a request for repayment gave a factual foundation for the Qatari Court’s finding that a relevant dispute had arisen.

The Federal Court ultimately was not satisfied, on the balance of probabilities, that Hub was not given proper notice of the appointment of the arbitrator, the arbitration proceedings or the composition of the arbitral tribunal, or that the arbitral procedure was not in accordance with the agreement of the parties. Jagot J relied on the principles in IMC Aviation in finding that:

In granting enforcement in favour of ECQ, Jagot J held that there would be no unfairness to Hub by enforcement of the award, since Hub had adequate opportunity to participate in the arbitration and had received actual notice of the proceedings and constitution of the arbitral tribunal. Reliance on the exceptions in the IAA could thus not be made out. This reaffirms the high threshold which applicants seeking to set aside an award face, as seen in other Australian cases such as Amasya Enterprises Pty Ltd v Asta Developments (Aust) Pty Ltd [2016] VSC 326.

ECQ v Hub reinforces that Australian courts will take a pro-arbitration stance when enforcing foreign arbitral awards despite procedural irregularities with the arbitral proceedings and/or award.

The case is a timely reminder to parties contemplating ignoring international arbitral proceedings that ignorance is not bliss. Australian courts will carefully scrutinise allegations of breaches of procedural fairness but the burden of proof, strong presumption of regularity and conduct of each party at stages prior to enforcement will feature prominently in the court’s assessment of adequate notice and the impact of any alleged procedural irregularity, all in favour of enforcement. 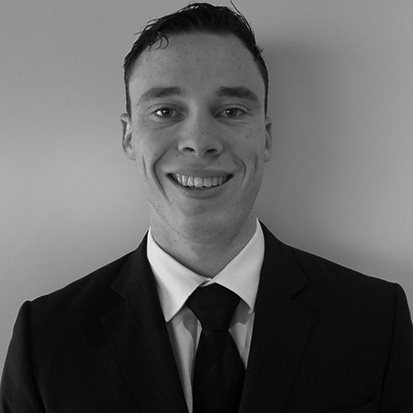