In A v D [2020] HKCFI 2887, the Hong Kong Court of First Instance refused to extend time for the applicants (the “Applicants”) to apply to set aside an arbitral award on the basis that the Applicants failed to give any satisfactory explanation for their delay in making the application.  The Court further found that, even considering the merits of the application, there were no prospects of persuading the Court to exercise its discretion to grant the time extension sought.

On 28 August 2020, the 1st and 2nd Applicants issued an Originating Summons (“OS”) to set aside an arbitral award dated 21 May 2020.  The award was made in an arbitration in Hong Kong between the Respondent and the three Applicants and administered by the Hong Kong International Arbitration Centre (“HKIAC”).  The underlying dispute in the arbitration arose out of a so-called “Transfer Agreement” entered into between the Respondent as the seller, the 1st Applicant as purchaser, the 2nd Applicant, the 3rd Applicant and another party as guarantors.  The Transfer Agreement provided for PRC law as the governing law and contained an arbitration agreement providing for arbitration in Hong Kong.

The key issue in dispute was whether the set-aside application issued on 28 August 2020 was out of time and, if so, whether the Applicants were allowed to seek a time extension to apply to set aside the award.  Pursuant to Article 34(3) of the Model Law (adopted by section 81 of the Hong Kong Arbitration Ordinance (the “Ordinance”)), an application to set aside an arbitral award should be made within three months from the receipt of the award by the party making that application.  In this case, the arbitral tribunal sent the award by email on 21 May 2020 to the email accounts of the Applicants, which accounts were the same as those notified by them to the tribunal for communication in the arbitration proceedings.  In particular, the email account for the 1st and 2nd Applicants was that of their lawyers on the Mainland who had the conduct of the arbitration (the “Mainland Lawyers”); the email account for the 3rd Applicant was his own.  It was the Respondent’s position that the statutory deadline for making the set-aside application expired on 21 August 2020 (i.e., three months from 21 May 2020) and that the application was therefore out of time.  The Respondent accordingly sought the immediate dismissal of the OS at the hearing for the OS (the “OS Hearing”).

In the OS, only the 3rd Applicant sought a retrospective extension of time to apply to set aside the award.  The 1st and 2nd Applicant did not seek a time extension until two days before the OS Hearing by way of a summons (the “Summons”).  The 1st and 2nd Applicants contended that their Mainland Lawyers had not received the award which was sent by the tribunal on 21 May 2020; rather it was only when their Mainland Lawyers received the original award on 29 May 2020 that they became aware of the award.  On this basis, the 1st and 2nd Applicants claimed that their application on 28 August 2020 was within time and that their application for time extension was only out of abundance of caution.  As for the 3rd Applicant, he admitted that the email with the award had been sent to and received on 21 May 2020, and only claimed that it was due to the oversight and inadvertence of his secretaries, that the matter was not reported to him.

One of the issues arising at the OS Hearing was whether there was jurisdiction and power for the Court to extend the time under Article 34(3) to set aside an award.  The Respondent contended that the Court had no such power.  Counsel for the Applicants was not able to make submissions on this issue in the limited time available at the OS Hearing.  The Court therefore did not decide on this issue.  It noted instead that, in fairness to the Applicants, this jurisdiction issue would have to be determined in another case, when both parties could have the opportunity to make full submissions.

The Respondent further contended that, even on the assumption that the Court had the jurisdiction and power to extend time under Article 34(3), the Applicants had failed to establish a good case for an extension.  In deciding this issue, the Court referred to its decision in Sun Tian Gang v Hong Kong & China Gas (Jilin) Ltd [2016] 5 HKLRD 221 (as discussed in our previous blogpost), in which the Court held that “bearing in mind the objectives of the Ordinance that there should be finality in an award, the short period of 3 months set out in the Model Law should not, as a general rule, be extended ‘unless the applicant can establish to the satisfaction of the court that there are good reasons to do so’.”  The Court found that the Applicants in this case had not met the necessary threshold for the Court to exercise its discretion in this regard.

As mentioned above, it is common ground that the tribunal sent the award by email on 21 May 2020 to the email account of the Mainland Lawyers of the 1st and 2nd Applicants.  There was no question about the Mainland Lawyers’ authority to receive and respond to email communications on behalf of these Applicants – in fact emails had been exchanged between the Mainland Lawyers, the Tribunal and HKIAC using this email account in the course of the arbitration.  The Court therefore considered that the award was deemed to have been received by the Applicants on 21 May 2020, citing the provisions on deemed service of communications in Article 3 of the Model Law (adopted in section 10 of the Ordinance) and Article 2.1 of the 2013 HKIAC Administered Arbitration Rules.  The Court pointed out that if the Applicants wished to displace the deeming provisions and to rebut the presumption of receipt, there should be sufficient and credible evidence to show that they had not in fact received the award by the email on 21 May 2020.  In this regard, the Court found the evidence of the 1st and 2nd Applicants to be “totally unconvincing”.

The Court highlighted that no reason had been given by any of the Applicants for their failure to take any steps to apply to set aside the award between 21 May 2020 and 28 August 2020.  It thus concluded that there was no basis for the Court to exercise its discretion and grant a time extension to the Applicants.

Merits of the application to set aside

As to the first basis, the Court referred to the principle established in Fiona Trust & Holding Corporation v Privalov [2007] 4 All ER 951 that the commercial minded parties are presumed to intend that any and all disputes arising out of the relationship in which they had entered or purported to enter should be decided by the one same tribunal.  The Court found that the parties in this case must have intended all disputes to be determined in the same manner, namely, by arbitration in Hong Kong, taking into account the following factors:

1.    There was no other clause in the Transfer Agreement or any other agreement which provided for the manner of dispute resolution as between the parties other than the Respondent and the 1st Applicant.

2.    The obligations of the 2nd and 3rd Applicants were in the nature of guarantee obligations, and were closely related to the liability of the 1st Applicant to the Respondent under the Transfer Agreement.

Based on the above reasons, the Court declined to exercise its discretion to grant time extension to the Applicants.

The judgment in this case demonstrates the difficulties that an applicant would face in seeking an extension of time to apply to set aside an arbitral award in Hong Kong.  As the Court pointed out, in light of the objectives of the Ordinance that there should be finality in an award, the statutory time limitation to set aside an award should not be extended unless the applicant can establish that there are good reasons to do so.  This judgment serves as a reminder that a party against whom an award is made should be mindful of the time limits set down in the Ordinance and should bring any challenge before the statutory deadline so as to avoid the risk of its application being dismissed for being out of time. 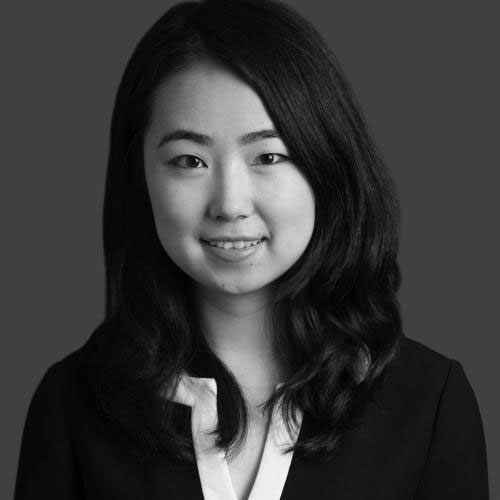