In a landmark judgment issued on 27 October 2020, Egypt’s Court of Cassation (the “Court”) upheld a decision of the Cairo Court of Appeal refusing to set aside an award issued by the Cairo Regional Center for International Commercial Arbitration (“CRCICA”).

In what is likely to become a leading authority on arbitration principles and practices in Egypt, the judgment asserts the Egyptian courts’ progressive stance towards arbitration. In particular, the Court broke new ground by (i) recognising and detailing the legal test for the principle of estoppel under Egyptian law, even in the absence of express legal provisions to that effect, (ii) affirming the parties’ general right under Egyptian law to appoint non-lawyers to represent them in arbitration proceedings, and (iii) hinting at the compatibility of virtual hearings with Egyptian law.

The Court also emphasised the limited legal grounds pursuant to which an award can be challenged, warning against attempts to use setting aside proceedings to appeal and revisit a tribunal’s findings.

A contractor awarded two companies a project for the construction of a sewage treatment plant in the Cairo Governorate under a subcontract (the “Subcontract”). One of the subcontractors initiated arbitration proceedings at the CRCICA following the contractor’s failure to perform its obligations under the Subcontract.

The contractor sought to overturn the Cairo Court of Appeal’s decision on the grounds that it:

The Court rejected all three grounds raised by the contractor and upheld the decision of the Cairo Court of Appeal. We consider each of the alleged grounds in turn below.

Ground 1: the arbitration agreement was null and void as it was not signed by the contractor’s legal representative

The Court further confirmed that even if the contractor had objected to the validity of the arbitration agreement during the proceedings, the appeal would still have been rejected pursuant to the principle that a person may not benefit from his or her own wrongdoing, and the principle of estoppel.

In fact, the Court recognised in its reasoning the principle of estoppel as a general principle under Egyptian law,[2] even in the absence of express legislative references to it, relying on its discretionary power under Article 1(2) of the Egyptian Civil Code.[3] Innovatively, the Court also set out a two-limb test that needs to be satisfied for a successful estoppel claim: (i) there needs to be a statement, act or omission made by one party, which contradicts a previous conduct made by that same party, and (ii) the contradiction could be prejudicial to the other party which relied on the statement when dealing with its counterparty.

Ground 2: the arbitration proceedings were conducted in violation of Egyptian law as a result of one party being represented by a non-lawyer

The subcontractor had been represented by a non-lawyer during the proceedings (in this case, a consulting engineer). The contractor alleged that parties to arbitration proceedings can only be represented by lawyers under the public policy rule contained in Article 3 of Advocacy Law No.17 of 1983 (the “Advocacy Law”), notwithstanding more permissive provisions under the CRCICA rules that the parties had adhered to. The contractor therefore argued that the Court of Appeal had erred in Egyptian law in failing to set aside the Award.

The issue of party representation in arbitral proceedings by non-lawyers (including foreign lawyers who are not characterised as lawyers under Egyptian law) has long been debated in Egypt and in other jurisdictions.[4] In fact, the Cairo Court of Appeal and the Court had previously dipped their toes into the debate,[5] affirming that where the parties agree to use arbitration rules that allow legal representation by non-lawyers, that choice is considered binding and the parties are free to appoint non-lawyers to represent them.

This decision goes one step further and establishes, under Egyptian law, the freedom of parties to appoint non-lawyers to represent them irrespectively of the provisions of their arbitration rules. In particular, the Court held that Article 3 of the Advocacy Law, enacted in 1983, (i) is not a rule of public policy, and (ii) no longer reflects current arbitration principles, and should not be applied to any kind of arbitration, whether institutional or ad-hoc, national or international. The Court affirmed that only the Arbitration Law governs arbitration related matters, and nothing in that law prevents parties from freely appointing non-lawyers to represent them, as long as each party has an equal, adequate and full opportunity to present its case.

Interestingly, the Court justified its reasoning by reference to various arbitration principles and practices, such as (i) the globalisation of arbitral proceedings and the growing demand for foreign lawyers even in local arbitrations, (ii) the shift away from the principle of localisation since the passing of the New York Convention, (iii) the separability between the seat of the arbitration and the actual venue of hearings, and (iv) the increased reliance on virtual hearings.[6]

The Court concluded by stating that the contractor’s argument did not, in any case, fall within one of the exhaustive grounds for setting aside an award under the Arbitration Law, and should therefore be rejected.

Ground 3: the Award was based on the personal knowledge of one of the arbitrators without deliberation with other members

The Court swiftly rejected this argument, holding that (i) the contractor’s ground contradicted the default assumption that the parties to the arbitration freely agreed the constitution of the arbitral tribunal and the choice of qualified arbitrators, (ii) it was not unusual for an award to reflect the expertise of the arbitrators, who are primarily appointed due to their technical skills, and (iii) there was conclusive evidence that deliberations had taken place between the arbitrators.

The Court further held that the contractor’s challenge was not based on one of the exhaustive grounds to set aside an award under the Arbitration Law, and warned parties against using setting aside procedures to appeal and revisit the tribunal’s findings or ascertain the adequacy of an award’s merits.

In its ground-breaking judgment, the Court affirms an arbitration-friendly stance with party autonomy at its heart. The Court’s recognition of major arbitration principles from estoppel to party representation by non-lawyers, and its willingness to counter tactical attempts by parties to have an unfavourable outcome re-decided under the guise of a setting aside procedure, will no doubt bring welcome clarity to arbitration principles under Egyptian law.

The case is also notable for its reference to the practice of virtual hearings, implicitly hinting that the Court considers this growing trend to be compatible with Egyptian law. This is particularly relevant during the Covid-19 pandemic when many arbitral institutions have recognised the use of virtual hearings in their rules (see for instance the joint statement published by the CRCICA and other arbitral institutions,[7] as well as other guidance notes[8] published by the CRCICA encouraging the use of digital technologies to conduct virtual arbitration hearings).

This judgment reaffirms the Egyptian Highest Court opening to modern and arbitration-friendly positions, supporting Egypt as an important arbitration hub, and signalling to the wider international arbitration community that the country is at the forefront of progressive arbitration principles and practices. 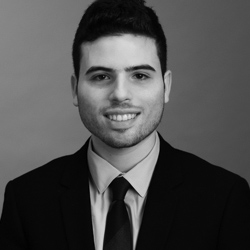 [3] Article 1(2) of the Egyptian Civil Code provides that: “in the absence of applicable legislative provisions, the judge shall rule on the basis of custom, and in the absence of such rules, by virtue of the principles of Islamic sharia, and if they do not exist, according to principles of natural law and rules of equity”

[4] For instance, the new Federal arbitration law of the UAE (Federal Law No. 6 of 2018 on Arbitration) provides that parties may seek the assistance of representatives for their representation in the arbitral proceedings and these representatives may or may not be lawyers. This overrides the previous 2017 Executive Regulations to the Federal Law No. 23 of 1991 on  Legal Profession, which had sparked confusion as it appeared to restrict non-UAE counsel in arbitral proceedings seated in the UAE

[6] In its judgment, the Court referred to the notion of virtual hearings in English

[7] This can be accessed at: https://crcica.org/Uploadedfiles/Covid19_Joint_Statement.pdf

[8] See for instance: https://crcica.org/NewsDetails.aspx?ID=119. Also, the CRCICA’s caseload report for the 2nd quarter of 2020 (available here) indicates that since 1 April 2020, the institution has hosted three virtual hearings entirely via video-conference, and two “hybrid” hearings with partial in-person attendance and partial remote attendance