The International Centre for Settlement of Investment Disputes (“ICSID”) has released case statistics for 2020 (available here) showing a record number of new cases. While the figures confirm that the Covid-19 pandemic has not so far significantly affected the nature of those disputes, other changes – such as a shift to virtual hearings – are likely to affect investment arbitration in 2021 and beyond.

A record number of new cases

What kind of disputes are heard at ICSID?

New cases in 2020 mainly involved state parties from Eastern Europe and Central Asia (28%), South America (17%) and Sub-Saharan Africa (12%).  These figures are relatively consistent with the overall ICSID caseload since 1966 (26%, 22% and 15% respectively). In 2020, the most frequent respondent states to new cases were Peru with six new cases, and Croatia, Georgia and Panama as state parties to three cases each.

In terms of sector spread, cases from oil, gas & mining (26%) and construction (17%) made up a significant share of new cases in 2020, followed by electric power & renewables (15%) and information & communication (12%). Again, this is consistent with ICSID’s historic statistics, where the energy sectors dominate (24% and 17% for the oil, gas & mining and the electric power, respectively). These recent figures also show a trend towards more investor-State disputes in the construction and IT sectors.

Despite the pandemic – a high number of hearings in 2020

The number of all (procedural and merits) hearings in ICSID cases also remained high (156 by mid-December according to ICSID’s year in review, available here) despite the challenges posed by the pandemic. Unsurprisingly, however, 2020 has seen a shift towards remote hearings, in particular hearings by video-conferencing. Remote hearings are not, in themselves, new to ICSID proceedings. Indeed, in 2019, 61% of all hearings were remote. However, since only one of these was by video it seems likely that these 2019 remote hearings were procedural rather than full merits or quantum hearings. This has shifted significantly since mid-March 2020. As discussed in our blog posts series “Necessity is the mother of invention”: COVID-19 dramatically accelerates digitalisation of arbitration processes” and “Coexisting with COVID-19: A catalyst for progress in international arbitration”, ICSID is one of a number of institutions to transition to virtual hearings in response to the Covid-19 pandemic. This is borne out by the statistics which show that all hearings in the past nine months (including procedural, merits and quantum hearings) were held remotely, 78% being held by video, and the remaining 22% by phone.

As in previous years, arbitrators from Western Europe were heavily represented (41%), followed by South America (19%) and North America (16%). These figures are a slight improvement in diversity on the figures for 1966-2020, which show that in that period over two thirds of appointments were of nationals from Western Europe or North America. Overall, nationals of over 40 countries were appointed in ICSID cases in 2020.

23% of the appointed arbitrators, conciliators and ad hoc committee members in 2020 were women (up from 19% in 2019 and only 12% historically). However, it is worth keeping in mind that a significant share of the total appointments of female arbitrators relates to a small number of in-demand female arbitrators.

Both sets of figures show that despite some encouraging progress made in recent years and considerable awareness in the community, further efforts are required to increase the share of appointments of more diverse candidates in ICSID arbitrations. 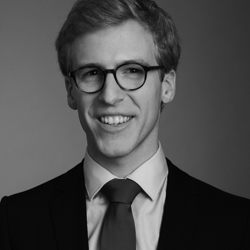