Most arbitration institutions that have released their statistics for 2020 have reported increased caseloads and/or claim amounts, despite the COVID-19 coronavirus pandemic impacting in person hearings.  The strong demand for arbitration services and the fact that most arbitration institutions were able to move quickly to virtual hearings and avoid costly delays to proceedings establish arbitration as a resilient and reliable choice for commercial dispute resolution.  In this blog post we review both interim and full caseload statistics so far released for 2020.

The Hong Kong International Arbitration Centre broke a number of its own records this year.  With 318 cases, HKIAC received its highest number of new arbitration filings in over a decade.  The total amount in arbitration disputes handled by HKIAC was HK$68.8 billion (approximately US$8.8 billion).  Again, this is a record high since 2011.

In 2020, HKIAC processed 22 applications under the Hong Kong-Mainland China Interim Relief Arrangement (Arrangement), which came into force in October 2019.  The total value of the evidence, assets or conduct sought to be preserved amounted to ¥6.4 billion (approximately US$988 million), of which ¥4.4 billion (approximately US$683.3 million) were successfully preserved.  This is an encouraging number, as it shows in the early days of the Arrangement that there is a realistic chance that assets and evidence sought to be preserved would likely be ordered to be preserved.

The HKIAC granted 24 applications for expedited procedure in 2020, from a total of 28 applications.

There was a clear pivot to virtual hearings in 2020: 80 out of 117 hearings hosted by HKIAC in 2020 were fully or partially virtual, doubtless as a result of the pandemic.  Only 37 hearings were in-person, hosted at the HKIAC’s Hong Kong premises.

The Singapore International Arbitration Centre is expected to report its full case load information later this year, but it has already announced that it had crossed the 1000-case threshold with 1005 new cases in 2020 as of 30 October 2020.  This is another record year for SIAC, breaking the previous record caseload it had reported in 2019.

The China International Economic and Trade Arbitration Commission also saw growth in its caseload in 2020.  A total of 3615 ongoing cases were registered by CIETAC, representing an 8.5% year-on-year growth.

CIETAC reported that it handled disputes amounting in total to ¥112.130 billion (approximately US$17.3 billion).

There was growth not only in the number of cases handled by CIETAC, but also in terms of its international caseload.  In 2020, 739 cases were categorised as “foreign-related cases”, compared to 617 in 2019.  67 of these were cases where both parties were considered “foreign”, which was a record high for CIETAC.  CIETAC made 5213 arbitrator appointments in 2020.

As part of its response to the pandemic, CIETAC also established new virtual hearing centres, handling 819 virtual hearings.  This was an increase of 628 cases that were heard virtually.

Like HKIAC, the International Chamber of Commerce Court of Arbitration also announced record demand for its arbitration services last year.

ICC reported 946 new arbitration cases in 2020, the highest since 2016.  The majority of the new cases (929 cases) adopted the ICC Rules of Arbitration, while the remaining 17 (which were ad hoc cases) were filed under the ICC Appointing Authority Rules.

The London Court of International Arbitration also reported a record breaking 444 cases referred to the institution in 2020, which broke the record caseload LCIA had reported in 2019 by an increase of about 10%.  These results were published on an interim basis and further statistics are expected to be released later this year.

The Vienna International Arbitral Centre received 40 new cases in 2020, with the majority of cases involving an Austrian party.  The total amount of disputes handled by VIAC by the end of 2020 was €428 million (approximately US$518 million).

While the number of new cases did not grow, on the diversity front, more than 30% of arbitrators nominated or appointed in VIAC cases were female arbitrators.  This is the highest that VIAC has seen in recent years, and is a highlight for the institution.

The statistics from the Danish Institute of Arbitration indicate that it is primarily focused on domestic arbitrations, but about one-fifth of its cases were international in nature.  At 28 cases in 2020, DIA’s international caseload was approximately the same as during  the past five years, which ranged from 27 to 33 cases.

The Swiss Chambers’ Arbitration Institution reported 83 new arbitration cases in 2020, with 61 being international.  While the number of new cases was not the highest that SCAI has received, it continues an average growth trend over the past decade.

The American Arbitration Association-International Centre for Dispute Resolution reported that it handled 9538 cases in 2020, worth approximately US$18 billion.  This is a slight drop from 9737 cases in 2019, but – notably – an increase in claim amount when compared to the US$15 billion in claims in 2019.  AAA-ICDR also saw an increase from 94 filings for emergency arbitration in 2019 to 111 filings in 2020.

On the diversity front, AAA-ICDR reported 33% of appointments as “diverse appointments” (which refers to gender and ethnic diversity).

A majority of arbitration institutions globally reported growth in case load and/or claim amounts in 2020, many of them even breaking their previous records.  This goes to show that arbitration remains a robust dispute resolution mechanism, which has proven its ability to adapt to the highly challenging circumstances of the past year.

It was also a clear side effect of the pandemic that there was a significant shift to virtual hearings.  While users have been slowly moving towards virtual hearings for a number of years, it appears that 2020 will be recognised as the year in which virtual hearings went mainstream, allowing arbitral institutions all over the world to continue to serve the needs of their users. 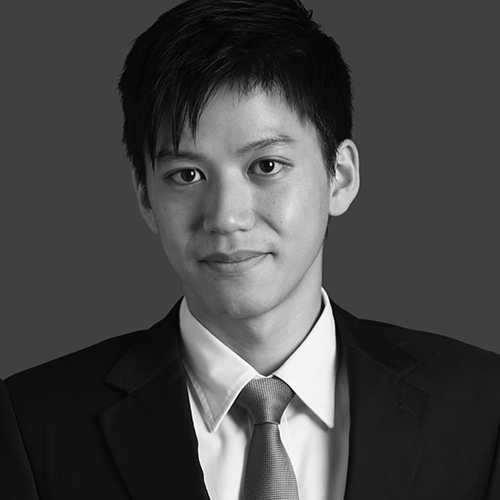