Notable Amendments in the AIAC Rules

Further transparency measures are inserted by new Rule 44.4. Parties will now be required to obtain undertakings of confidentiality from “all those that they involve in the arbitration“. This includes a wide range of participants, including “any authorised representative, witness of fact, expert or service provider“, which may extend to providers of transcription, electronic discovery and virtual hearing hosting services. This will be an additional step that users will need to actively comply with in AIAC arbitrations going forward.

New Rule 9.7 streamlines the default mode of appointment of arbitrators in multi-party arbitrations. Where an even-numbered tribunal is used, all claimants and respondents will nominate half the required number of arbitrators. For odd-numbered tribunals, all claimants and respondents will nominate an equal number of arbitrators who shall thereafter nominate a presiding arbitrator. If joint nomination fails, the entire Arbitral Tribunal shall be constituted by the Director. In this case, any nominated arbitrators shall be excluded from consideration and any appointed arbitrators shall be released, unless the parties agree to retain such nominations or appointments.

If you have questions about the 2021 Rules or how they might affect you, please reach out to the contacts below.

Subscribe to our Malaysia Notes blog for our latest thinking and industry insights. 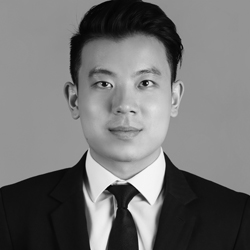