As reported in an earlier post, the Ministry of Justice of the PRC released proposed revisions to the PRC Arbitration Law (AL) for public consultation on 30 July 2021.  In this post, we look in more detail at the key changes in the revised draft.

Mainland courts, particularly in Beijing and other large cities, have long demonstrated their support for best practice in international arbitration. Mainland institutions have modernised their rules to reflect international best practice. The AL, however, was promulgated in 1994 and lacks many of the concepts and powers that are fundamental to modern arbitral legislation. These include kompetenz-kompetenz doctrine, power for tribunals to grant interim relief, and the concept of a legal seat of arbitration. In addition, it is still unclear whether non-Chinese institutions can administer arbitrations in Mainland China.

If enacted, the proposed revisions would address these lacunae and bring Mainland China fully into line with other leading arbitral jurisdictions

Article 10 of the revised draft provides that the PRC courts will “support and supervise” arbitration.  Articles 4, 29 and 30 further propose the following principles:

The principle of conducting arbitration in good faith is further enshrined in Articles 21(2) and 33 of the revised draft.  Article 21(2) provides that if a party does not raise an objection to the existence of the arbitration agreement, that party will be deemed to have entered into the arbitration agreement; Article 33 provides that if a party is aware of any procedural irregularity but does not timely raise any objection in writing and continues to participate in the arbitration, that party will be deemed to have waived its right to raise any objection. Akin to the principle of estoppel, Articles 21(2) and 33 prevent parties from raising jurisdictional or procedural objections at a later stage (e.g. in the enforcement stage or the set-aside proceedings) if they did not raise the objections in the course of the arbitration.

Article 12 of the revised draft provides that foreign arbitral institutions may set up offices in Mainland China to “conduct foreign-related arbitration business”.  Although no clarification is provided in the revised draft as to what this term means precisely, it has been widely considered that this article would allow foreign arbitral institutions to administer arbitration cases in Mainland China, which is currently not allowed except for certain designated areas such as Shanghai’s Lin-gang free trade zone. The scope of case administration services to be provided by foreign institutions will be limited to foreign-related arbitration cases, and not include purely domestic cases.

Article 27 of the revised draft further provides that arbitral awards shall be deemed to have been made at the seat of the arbitration.

The revised draft proposes a number of important changes to the current AL with respect to the issue of validity of arbitration agreements.

Second, the revised draft establishes the kompetenz-kompetenz doctrine which allows arbitrators to determine their own jurisdiction. Under the current AL, an application to challenge the validity of the arbitration agreement may be made either to the arbitration commission or a competent PRC court, and the court’s decision shall prevail if applications are made to both the arbitration commission and a PRC court. The revised draft abandons this mechanism and, in line with the international practice and UNCITRAL Model Law, provides that the tribunal has the power to decide on its own jurisdiction (Article 28). The draft further provides that the tribunal’s decision may be reviewed by a competent PRC court and, if the court decides that the arbitration agreement is invalid or the tribunal does not have the jurisdiction, either party may apply to a higher level court for a second-level review (Article 28).

The following changes have been proposed in the revised draft with respect to the appointment of  arbitrators:

Under the current AL, the power to grant interim relief is exclusively reserved to the PRC courts. The revised draft fundamentally changes this mechanism by granting the power to also arbitral tribunals and emergency arbitrators (Articles 43, 46 and 49). The PRC courts are required to enforce or provide assistance in the enforcement of the interim measures ordered by arbitral tribunals or emergency arbitrators (Articles 47 and 48). The revised draft further provides that: –

While Article 55 of the AL already provides that arbitral tribunals may issue partial awards before issuing the final award, Article 74 of the revised draft further clarifies that: (1) tribunals may issue partial or interim awards; (2) parties must perform as required by the order(s) granted in any partial or interim awards; and (3) if a party fails to perform as required by the order(s) granted in a partial (but not interim) award, the other party may apply to a PRC court for enforcement.  This article clears any concerns under the current AL regarding the finality of any partial awards.

(8) Grounds for setting-aside and non-enforcement of arbitral awards

The revised draft proposes a number of changes to the mechanisms for setting-aside and non-enforcement of arbitral awards. Most significantly, it seeks to unify the grounds for setting aside domestic and foreign-related awards, and to prevent the enforcement courts from reviewing issues relating to the merits or procedures of the arbitration with respect to domestic and foreign-related awards.

In addition, the revised draft introduces a new ground, providing that an award may be set aside if “the award was obtained through fraudulent conduct including malicious collusion and falsifying evidence” (Article 77). This ground is also applicable to both domestic and foreign-related awards. This is understood to intend to tackle “falsified arbitrations” in China, where arbitrations were brought based on non-genuine legal relationships and falsified documents in order to damage third parties’ interests. Although this new ground does not exist under the Model Law, the circumstances it intends to tackle should, in our view, be also caught by the violation of due process ground or the violation of public policy ground provided under the Model Law.

Second, the revised draft provides that the PRC courts may refuse to enforce a domestic or foreign-related arbitral award, only if the award is “against social public interest” (Article 82).  While this appears to be inconsistent with the New York Convention, it arises from the legislators’ concern of duplicative review of arbitral awards by the PRC courts in set-aside proceedings and non-enforcement proceedings and potentially conflicting results.  This change will consolidate the power to the court hearing the set-aside applications and restrict the power of the enforcement court.

Other important changes introduced by the revised draft regarding set-aside and non-enforcement procedures include: 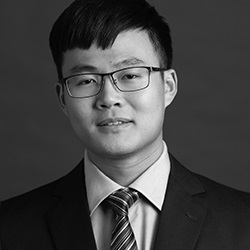