In the recent case of Vale v Steinmetz [2021] EWCA Civ 1087, the English Court of Appeal confirmed that, except in rare circumstances, the findings in an arbitral award will not be binding on, and cannot be relied upon in separate proceedings between, different (but related) parties.

The decision is a welcome affirmation of the limited binding scope of the findings in an arbitral award, particularly for parties involved in complex disputes involving separate litigation and arbitration proceedings against different but related parties.

The claimant (Vale) had entered into a joint venture agreement (JVA) with BSGR Resources Ltd (BSGR), a member of the Beny Steinmetz Group, to purchase interests in mining licenses in Guinea. The price included USD 500 million paid by Vale’s subsidiary on Vale’s instructions to BSGR (the Initial Consideration).

The Government of Guinea later revoked the mining licenses on the basis that they had been procured by bribery. Vale then commenced an LCIA arbitration against BSGR seeking rescission of the JVA on the ground that it had been procured by fraudulent misrepresentation. The tribunal upheld the rescission claim but declined to order restitution of the Initial Consideration because it was paid by a subsidiary of Vale. However, the tribunal awarded Vale damages in respect of the Initial Consideration.

It was common ground that some portion of the Initial Consideration had been transferred to the parent companies of BSGR, (the Steinmetz Parties). Vale therefore commenced a claim in the English High Court to trace the portions of the Initial Consideration in the hands of the Steinmetz Parties, on the basis that they held those sums under a rescission trust as dishonest recipients (the Proprietary Claim).

The Steinmetz Parties applied to have the Proprietary Claim summarily struck out. They sought to rely on the finding in the LCIA award that Vale was not entitled to restitution from BSGR to argue that no rescission trust had arisen as between Vale and the Steinmetz Parties, so the proprietary claim was bound to fail as a matter of law.

At first instance, the High Court held that the Steinmetz Parties could not rely on the award because (among other things):

The Court of Appeal’s Decision

The narrow point on appeal was whether Vale was bound by (or whether the Steinmetz Parties could take the benefit of) the findings in the LCIA award in these proceedings. The Court of Appeal agreed with the High Court and concluded that the LCIA award was not binding on the parties to the English proceedings.

In particular, the Court of Appeal rejected the argument that the tribunal’s finding that Vale had no claim in restitution against BSGR was a “legal fact binding on Vale against all the world“.

It was “elementary” that an arbitral award is not binding on third parties who have not agreed to be bound by the decision. The position would be different if the third party is considered a privy of a party to the arbitration, but that was not the case here. This derives from the consensual nature of arbitration.  It follows that the award will not be binding in separate proceedings involving third parties.

The Court observed that the tribunal’s decision to reject Vale’s claim for restitution while upholding its claim for damages appeared to be wrong as a matter of law. This did not affect the binding nature of the award as between Vale and BSGR (the parties having excluded the right to appeal on a matter of law under section 69 of the Arbitration Act 1996 by agreeing to arbitration under the LCIA rules). However, the Court observed that while it may have made good business sense in the interests of certainty and finality for A and B to accept the decision of an arbitral tribunal, “it is quite another thing to say that A agrees to accept the (potentially erroneous and in practice virtually unchallengeable) decision of that tribunal in a subsequent dispute with a stranger“. 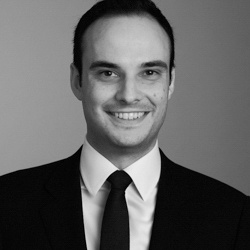