The Hong Kong Court of First Instance has stayed an action to arbitration where the agreement provided that disputes “may” be referred to arbitration.

Kinli commenced court proceedings to recover HKD 4,055,696.83, which it argued was due and owing from Geotech under a sub-contract on a public housing development contract.

The dispute resolution clause (Clause) in the contract provided:

“If in the course of executing the Contract, any disputes or controversies arise between (G) and (K) on any question and the parties are unable to reach agreement, both parties may in accordance with the relevant arbitration laws of Hong Kong submit the dispute or controversy to the relevant arbitral institution for resolution, and the arbitral award resulting from arbitration in the HKSAR shall be final and binding on both parties, and unless otherwise agreed by both parties, the aforesaid arbitration shall not be conducted before either the completion of the main contract or the determination of the subcontract” (emphasis added).

Geotech applied to stay the litigation proceedings in favour of arbitration pursuant to section 20(1) of the Arbitration Ordinance. Kinli challenged the application.

There were two issues in dispute. First, whether arbitration under the Clause was permissive or mandatory.  Second, whether the Clause operated to prevent arbitration being commenced before the main contract had been completed and the contract (between the parties) had also been terminated or determined.

The court held that arbitration was mandatory, notwithstanding the use of “may” in the arbitration agreement.  With reference to Fili Shipping Co Ltd and others v Premium Nafta Products Ltd [2007] BUS LR 1719, the court confirmed that the modern starting point for the construction of arbitration agreements is the presumption in favour of arbitrability and the one-stop adjudication approach.

The court rejected Kinli’s argument that the use of “may” as opposed to “shall” in the Clause meant that the parties could not have intended arbitration to be compulsory. The court explained that, in the absence of very clear language, an arbitration clause will not be construed as giving a choice to the parties between arbitration and litigation.  While the Clause left it open for one party to commence litigation, the other party maintained its option to submit the dispute to arbitration such that the party which has commenced the litigation would be required to submit the dispute to arbitration if an unequivocal request to that effect were made and/or if an application to stay the litigation were brought.

On the second issue, the court confirmed the judgment in C v D [2021] HKCFI 1471 that whether a party has complied with conditions as to the exercise of the right to arbitrate is a question of admissibility, not jurisdiction. As such, the court has no role in determining whether such conditions have been met.

Therefore, so long as there is a prima facie case that the parties are bound by an arbitration clause, the court should not attempt to resolve the issue and the matter should be stayed in favour of arbitration.

In light of the above, the court granted Geotech’s application to stay the litigation in favour of arbitration.

This decision confirms the presumption in Hong Kong that commercial parties intend to submit all their disputes to a single adjudication forum, unless the contract indicates otherwise in very clear language.  This decision also serves as a reminder that the Hong Kong courts are unlikely to be sympathetic to parties who seek to ignore their agreements to arbitrate and will routinely impose adverse costs consequences against the unsuccessful party. 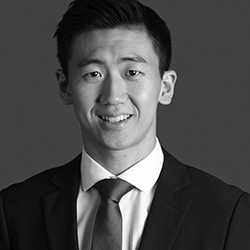