In a recent decision, the Hong Kong Court of First Instance stayed a winding-up petition on just and equitable grounds in favour of arbitration, and refused to require the applicant to satisfy the more onerous test as is applied to a case management stay.

In 2006, the Petitioner (P) reached out to a Chinese investment firm (R1-R3) with a view to launching a publishing business in the Mainland. A joint venture (JVCo) was set up, and the parties entered into a suite of agreements (Agreements) to govern the investment.

Amongst the Agreements, P signed a quitclaim (Quitclaim) with JVCo, pursuant to which P relinquished all its rights in some trademarks, service marks, logos and business names in favour of JVCo and waived its related rights and claims. Except the Quitclaim, each of the Agreements contained substantially the same arbitration clause.

In 2016, P sought to re-negotiate the cooperation model with R1-R3 because of the unfavourable Quitclaim. After the negotiations fell through, R1-R3 effected various share transfers (Transfers) and changes to the composition of the board of JVCo (Board Changes), with a view to gaining a majority control over JVCo.

On 20 August 2020, P commenced court proceedings against JVCo seeking a declaration that the Quitclaim was not binding.

On 23 November 2020, JVCo commenced HKIAC arbitration, alleging that P acted in breach of the Agreements by disputing the Quitclaim and seeking a declaration that the Quitclaim was valid. P challenged the validity of the Transfers, the Board Changes, and hence the claimant’s authority to commence the arbitration in the name of (and the claimant counsel’s authority to represent) JVCo.

On 8 January 2021, P presented a winding-up petition on just and equitable grounds against JVCo (Petition). P alleged that, by effecting the Transfers and Board Changes, R1-R3 acted in breach of the Agreements, the common understandings and legitimate expectations between the parties, as well as the articles of JVCo. These breaches led to a complete and irretrievable breakdown of mutual trust and confidence between the shareholders.

JVCo sought to stay the Petition in favour of arbitration.

In determining the stay application, the court considered the threshold question of whether the general principles in relation to case management stay should be applied. These include the principle that a stay of action commenced as of right should only be granted when “there are very good reasons” and “in rare and compelling circumstances“.

The court refused to apply these principles in this case. The court considered that in a general application for a case management stay, the parties are not bound by any arbitration agreement and the court is asked to stay the action in favour of another forum which the parties never agreed to. As such, it is only when there are very good reasons and compelling circumstances that a stay should be granted. This is in contrast with the situation where the parties have agreed to arbitrate. The court held that, once it is shown that the substance of the dispute falls within the arbitration agreement, the burden shifts to the petitioner to show why the dispute should instead be pursued in court in breach of the arbitration agreement.

The court then went on to consider whether the substance of the disputes in the Petition fell within the scope of the arbitration clause in the Agreements.

Notwithstanding pleas of common understandings, legitimate expectations and equitable constraints, the court held that the substance of the disputes fell within the scope of the arbitration clause in light of the “one-stop” presumption in Fiona Trust. The court held that the basis of these claims was no more than the background to the Agreements. In any event, the Agreements contained an entire agreement clause and any pre-contractual negotiations would be inadmissible for the purpose of construing the Agreements. In addition, the court found that P’s case on breaches of JVCo’s articles fell within the arbitration agreement as the alleged breaches turned on, and were disputes “arising out of” and “relating to“, the Agreements.

Further, although some of the respondents to the Petition were not parties to the agreement to arbitrate in the Agreements, these respondents undertook to the court that they would be bound by the findings and determination of the tribunal in the HKIAC arbitration. On that basis, the court was satisfied that there was no reason why a stay should be withheld.

This case affirms the arbitrability of winding-up proceedings and the pro-arbitration stance in Hong Kong. It also serves as an important reminder that matters beyond the black letter of the contract do not necessarily fall outside the arbitration clause therein. In this case, the court was able to rely on the entire agreement clause in the contract and the principle that pre-contractual negotiations are not admissible for the purpose of contractual interpretation, as part of its reasoning in granting the stay application. 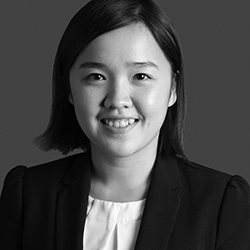