On 7 December 2021, the Commercial Court in Tenke Fungurume Mining S.A. v Katanga Contracting Services S.A.S, [2021] EWHC 3301 (Comm), refused a challenge to an arbitral award brought on the basis of the tribunal’s award of the costs of third party funding to the successful party, finding that it did not constitute a serious irregularity under s68 of the 1996 Arbitration Act (the “Act“).

This topic has already been the subject of great interest and debate in the arbitration community. Interestingly, while this latest case provides some clarity on the approach the court will take to an award of third party funding costs in arbitration, it leaves open the question of whether the difference in recovery between litigation and arbitration should be permitted.

During the course of the proceedings, Tenke made two applications for the adjournment of the merits hearing on the basis that: (i) Covid-19 restrictions had prevented the parties’ mining experts from visiting the site of the mine; and (ii) subsequently, Tenke’s leading counsel had contracted Covid-19 and the merits hearing should accordingly have been postponed by two months. The Tribunal dismissed both of Tenke’s applications and determined that the hearing should proceed as planned.

Following the hearing, at the costs submission stage, Katanga disclosed that it had obtained a shareholder loan from a related company as part of a “litigation funding agreement” to fund the arbitration. The terms included a fixed success fee. Katanga sought to recover both the success fee and compound interest at a rate of 9.5% based on its claimed costs of borrowing. It submitted two witness statements in support of its claim for costs and interest. Tenke, in response, requested permission to cross-examine the witnesses in connection with the funding agreement, but this was refused by the Tribunal.

The Tribunal later issued its final award in Katanga’s favour, and ordered Tenke to pay: (i) Katanga’s legal and expert costs of approximately US$1.4 million; (ii) the third-party funding costs of US$1.7 million; and (iii) compound interest at 9%, which had already accrued to about US$2 million, continuing until payment (“Award“).

Tenke challenged the Award before the Commercial Court, on a number of grounds alleging a “serious irregularity” that had caused or would cause it “substantial injustice” under s68 of the Act. This included a challenge to (i) the Tribunal’s award of Katanga’s funding costs, (ii) the Tribunal’s decision not to allow the cross-examination of witnesses in connection with the funding arrangements, and (iii) the Tribunal’s refusal to adjourn the proceedings for Covid-19 related reasons.

The Court rejected Tenke’s application in its entirety and reaffirmed that a s68 challenge will only be allowed in “extreme cases” where the tribunal has gone so wrong in its conduct of the arbitration in one of the respects listed in s68 that “justice calls out for it to be corrected“.

Tenke challenged the Award, claiming that the Tribunal had exceeded its power by awarding Katanga’s funding costs, and that this amounted to a serious irregularity under s68.

In its Award, the Tribunal had relied on the decision of the High Court in Essar, and held that it had the power to award Katanga’s third-party funding costs as “legal and other costs” within the meaning of s59(1)(c) of the Act and Article 38(1) of the ICC Rules. In Essar, the High Court refused a challenge to the award of a sole arbitrator under s68(2)(b) brought on the basis that he had included the costs of third party funding in his award of costs to the successful party. In rejecting the challenge, the High Court emphasised that a serious irregularity can only be made out where a tribunal purports to exercise a power which it does not have – not where there is an erroneous exercise of a power that it does have. In that instance, it was plainly within the sole arbitrator’s power to award costs. The complaint from the unsuccessful party was only that the sole arbitrator had wrongly exercised his discretion as to which costs would be awarded. This could not therefore form a basis for a serious irregularity (for a detailed discussion of the decision in Essar see our blog here).

In pursuing this challenge, Tenke argued that the High Court’s decision in Essar had been wrongly decided and should not be followed. Tenke claimed that it could never have been reasonably intended when the Act was passed that the award of “costs” (as used in the Act), would include fees paid to third party funders nor the costs related to a loan taken out to pay for legal costs, especially given that such fees are not recoverable as costs in English court litigation. In particular, Tenke argued that this case was an even more extreme example than in Essar because it concerned a shareholder loan, rather than funding from a regulated third-party funder. Moreover, unlike Essar, there was no finding that such funding was needed for the successful party to be able to pursue the arbitration.

The Court declined to depart from the reasoning in Essar and rejected Tenke’s challenge. For the same reasons as outlined by the High Court in Essar, it did not amount to an excess of powers to have awarded such costs given that the Tribunal was clearly empowered to decide the matter of costs. Even if there was a wrongful exercise of such power by the Tribunal, no remedy for such wrongful exercise would lie under s68. In contrast to Essar, however, there was no comment offered on whether “other costs” could or should include the costs of funding as a matter of construction.

Notably, and again in contrast to the Essar decision, the Court observed that a remedy for a wrongful exercise by the Tribunal of a power such as the award of costs could be found under s69 of the Act, namely an error of law. However, because the parties had excluded such a challenge by agreement, no such remedy was available in this case.

Decision not to allow cross-examination in relation to funding, and refusal to adjourn the hearing for Covid-19 related reasons

Tenke also challenged the Award on the ground that the Tribunal committed a procedural irregularity by not allowing cross-examination of witnesses in connection with the funding arrangement. The Tribunal had found that the question it needed to answer was whether the funding costs were objectively unreasonable in either form or amount and that cross-examination was therefore not required. The Tribunal had ultimately concluded that it was “not inherently unreasonable” to obtain a shareholder loan from a related entity for this purpose, including in circumstances where it was “doubtful” that funding would have been available from other sources.

In addition, Tenke challenged the Award under s68(2)(a) claiming that by refusing to adjourn the merits hearing for reasons associated with the Covid-19 pandemic, the Tribunal had failed to comply with its general duty under s33 of the Act. In particular, Tenke claimed that the Tribunal’s failure to adjourn the hearing to allow for (i) the parties’ experts to visit the site of the mine, and (ii) Tenke’s counsel to recover from Covid-19, meant that Tenke had not been given a fair opportunity to present its case.

The Court rejected both of these challenges, confirming the broad discretion available to English-seated tribunals in adopting procedures suitable to the circumstances of a given case. The Court confirmed that for a successful challenge under s68 it was insufficient that “a different tribunal may have arrived at a different decision“; it was necessary to show that “no reasonable arbitrator could have arrived at” the relevant decision. This threshold was not met here for either of Tenke’s challenges, and there was therefore no justification for an interference with an “arbitrator’s discretionary decision” to refuse cross-examination of witnesses and not adjourn the hearing for Covid-19 related reasons.

This latest decision highlights the reluctance of the English courts to second-guess the discretionary exercise of tribunal powers (including to award costs), with the Court emphasising that it “should be extremely slow to interfere with these discretionary procedural decisions“. The decision also reinforces the high threshold for establishing a successful s68 challenge.

The Court’s comment regarding the remedy for the wrongful exercise by a tribunal of a power such as an award on costs lying under s69 raises the prospect of a future challenge to an award of funding costs on this basis. Should such a challenge be pursued, it would be interesting to see how the arguments raised before the Court in Tenke regarding the consistency of approach between litigation and arbitration would be received. Given that many parties tend to exclude challenge for an error of law under s69 of the Act in their arbitration clauses, in practice there may be limited opportunity for how much this issue can be explored further before the English courts, at least in the near future. However, in the light of the Law Commission’s recent announcement of the planned review of the Act (for further information see our post here), the award of costs and the relevance of third party funding in arbitration may well be an area which receives further legislative attention – and possibly further clarity – in the years to come. 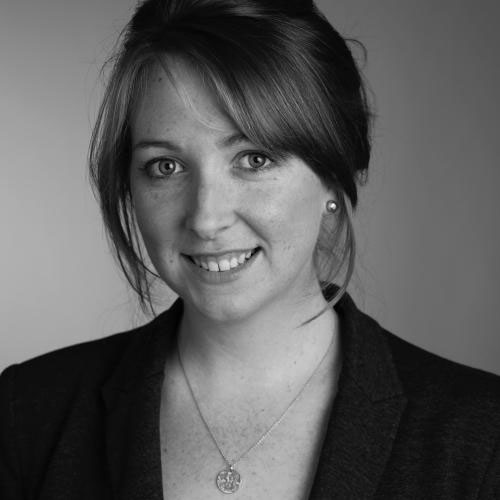 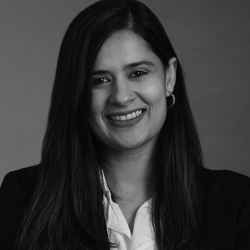