In the recent judgment of T v B [2021] HKCFI 3645, the High Court of Hong Kong observed that “if the Court is the master of its own procedural rules, so should be the arbitral tribunal“. In so doing, the Court reaffirmed the principle that compliance with pre-conditions to arbitration is a question of admissibility, not jurisdiction, and that an arbitral tribunal’s decision on admissibility is beyond the purview of the Hong Kong courts.

The Court’s judgment applies the principle laid down in the landmark decision of C v D [2021] HKCFI 1474 in which HSF acted for the successful defendant (and which we covered in a previous blog post accessible here).

T entered into a contract with B on 25 April 2018, under which T was to carry out certain construction works with a completion date of 28 July 2024. The contract contained an arbitration agreement which provided that disputes between the parties would be referred to arbitration on the condition that a completion certificate had first been issued.

A dispute subsequently arose between the parties. T alleged that B had committed various breaches of contract, and sought substantial damages from B by referring the dispute to arbitration. B objected on the ground that, amongst other things, no completion certificate had been issued and the arbitration proceedings brought by T were thus premature. The parties and the arbitrator referred to this preliminary objection as a ‘jurisdictional challenge’.

Having heard the parties’ submissions, the arbitrator decided in an interim award that, on a proper construction of the contract (and, in particular, the arbitration agreement), he did not have ‘jurisdiction’ to hear the substantive disputes between the parties because no completion certificate had been issued, and therefore T’s commencement of the arbitration was premature.

On 29 January 2021, T applied to the Court to set aside the award under section 81 of the Arbitration Ordinance on two main grounds:

On 2 February 2021, T commenced an action in the Court against B for the same breaches which T had sought to have adjudicated in arbitration in light of the arbitrator’s decision that it had no jurisdiction to hear T’s claims. B applied to the Court to stay these court proceedings in favour of arbitration as prescribed under the contract.

The Court affirmed the recent judgment in C v D and held that whether or not pre-arbitration conditions had been fulfilled was a question of admissibility rather than jurisdiction (even though the parties and the arbitrator had referred to it as a ‘jurisdictional challenge’). The Court considered that such a distinction (i) makes sense conceptually; (ii) respects party autonomy; (iii) is in line with the general trend of judicial restraint in interfering with arbitration proceedings; (iv) serves the object of the Arbitration Ordinance by facilitating the fair and speedy resolution of arbitral disputes; and (v) will serve to bring Hong Kong in line with the wider international arbitration communities. Arbitral awards relating to the admissibility of claims cannot be challenged under section 81 of the Arbitration Ordinance, and therefore the Court dismissed T’s application to set aside the award. Significantly, the Court observed that “if the Court is the master of its own procedural rules, so should be the arbitral tribunal. It is logically sound that a tribunal’s decision on parties’ compliance or non-compliance with pre-arbitration procedures or conditions should be final and non-reviewable by the Court.”

However, the Court nonetheless went on to consider the two grounds on which T sought to set aside the award.

In relation to the second ground, the Court also disagreed with T and found that – properly construed – the operation of the arbitration agreement did not inevitably lead to a limitation defence against a claim. In any event, the Court held that a limitation defence does not render an arbitration agreement null and void, inoperative or incapable of being performed, or defeat a tribunal’s jurisdiction to hear a claim. It only means that the claim is at risk of being dismissed; a contractual risk which could apply to and was accepted by both parties in this case.

On these bases, the Court held that the arbitration agreement in the contract was valid and granted B’s application to stay the court proceedings in favour of arbitration.

In relation to costs, the Court noted that, in general, where a challenge to an award fails and where an application for a stay in favour of arbitration succeeds, costs should be awarded to the successful party on an indemnity basis. However, given that the admissibility/jurisdiction distinction was affirmed in Hong Kong (in C v D) only after the instant applications were made, the Court exercised its discretion and held that costs should be payable on a party and party basis.

This decision is a welcome re-affirmation of the principle that compliance with pre-conditions to arbitration is a question of admissibility, not jurisdiction, and that an arbitral tribunal’s decision on a party’s compliance (or non-compliance) with pre-arbitration conditions will be final and will not be subject to the purview of the Hong Kong courts. It is notable that this is the third Hong Kong case, following C v D and Kinli Civil Engineering Limited v Geotech Engineering Limited [2021] HKCFI 2503, where the Hong Kong courts have upheld this principle. The upholding of this principle in these judgments is also consistent with the recent decisions of courts in other common law jurisdictions, such as England and Wales (see NWA v NVF [2021] EWHC 2666 (Comm)) and Australia (New South Wales) (see Nuance Group (Australia) Pty Ltd v Shape Australia Pty Ltd [2021] NSWSC 1498).

The decision also confirms that if a pre-condition to arbitration raises a limitation issue, this will not in itself defeat the jurisdiction of an arbitral tribunal to hear a claim. Rather, it will only provide a defence to a claim. 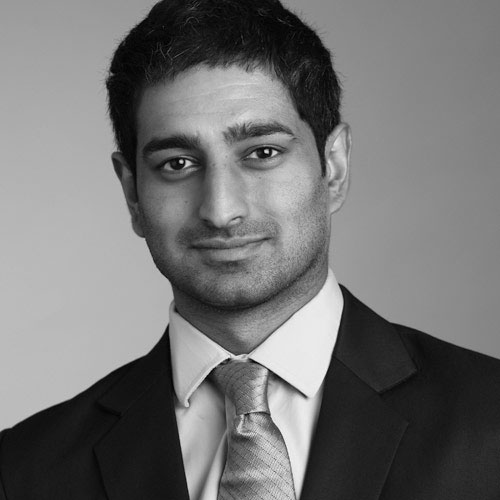