In an ugly corporate divorce related to an online matrimonial website, the Singapore Court of Appeal decided that the arbitrability of a dispute will be determined at the pre-award stage by reference first to the law governing the arbitration agreement (Anupam Mittal v Westbridge Ventures II Investment Holdings [2022] SGCA, available here).

Claiming that a dispute is non-arbitrable is a classic “guerrilla tactic” deployed by parties seeking to avoid arbitration. This is often seen in disputes arising from Asian jurisdictions that take a wider or less bright-line policy view as to what disputes are incapable of being resolved by arbitration compared to safe arbitral seats such as Singapore or Hong Kong.  The potentially non-arbitrable issues may overlap with contract issues, such as minority oppression claims that can overlap with contractual rights under an SPA or subscription agreement, creating practical problems for parties seeking to exercise their contractual rights.

Whilst the Court of Appeal took a different approach to the High Court in identifying the law governing arbitrability, the Court of Appeal ultimately upheld the decision from the High Court that Singapore law applied to arbitrability, and therefore the dispute was arbitrable. This was because the law of the arbitration agreement and the law of the seat were both Singapore law, even though the contract was governed by Indian law.

The Company operated a well-known online and offline matrimonial service called “shaadi.com”.  A dispute arose between its shareholders, an offshore private equity fund and the Indian promotor, when the fund sought to exit its investment by selling to an alleged competitor of the Company.  The Indian promotor alleged that the fund’s conduct during the attempted exit constituted minority oppression under Indian law and filed a petition with the Indian National Company Law Tribunal (NCLT).

The PE fund objected on the basis that disputes about its exit from the Company should be decided in arbitration and applied to the Singapore courts for an anti-suit injunction restraining the Indian promotor from continuing the NCLT claim on the grounds that it breached a Singapore-seated arbitration clause in their shareholders’ agreement. However, the Indian promotor argued that Indian law, which considers mismanagement claims to be non-arbitrable, governed the arbitration agreement and therefore the question of arbitrability.

The Singapore High Court granted the anti-suit injunction finding that the arbitrability of a dispute should be determined by the law of the seat.

The Court of Appeal determined that the law governing the arbitration agreement was Singapore law, following the three-stage test laid down in BCY v BCZ [2017] 3 SLR 357 (see our blog here).

However, that approach is not universally followed in Asia. The Bombay High Court ruled in 2014 that minority oppression and mismanagement claims are non-arbitrable, unless brought in bad faith, vexatious and “dressed up” (see Rakesh Malhotra v Rajinder Kumar Malhotra MANU/MH/1309/2014), which is a standard that may be hard to apply in practice where the oppression claims overlap with contractual claims.

The position is also not clear in Korea and Malaysia:

Where it is unclear whether such disputes are arbitrable, the Anupam Mittal decision shows that it is important for the contracting parties to select both a seat and governing law for the arbitration agreement (i) with a pro-arbitration policy and limited non-arbitrability doctrine such as Singapore, and (ii) whose courts have the power to issue anti-suit injunctions to uphold their arbitration agreement.

Accepting a compromise over the governing law of a contract is often sensible, or necessary where local law is mandatory.  However, international parties should require offshore arbitration in return.  The Anupam Mittal decision shows that it is possible – and often necessary – to choose a different, more pro-arbitration governing law for the arbitration agreement if parties want it to cover a broader range of disputes.

Parties should still be careful about referring oppression and mismanagement disputes to arbitration if enforcement of the award is likely to take place in a jurisdiction where such disputes are non-arbitrable. They will run the risk of the enforcing court refusing enforcement on the grounds that the dispute is non-arbitrable under its own state’s laws. The Court of Appeal in Anupam Mittal expressly acknowledged this risk of non-enforcement, though it considered that the process of arbitration may be valuable to parties in any event, for example because it would compel parties to collect and test their evidence and legal arguments. 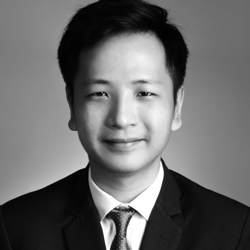