In the recent case of AIG Europe SA and others v John Wood Group Plc and another [2021] EWHC 2567 (Comm), the High Court (the Court) maintained certain anti-suit injunctions granted in favour of a number of insurers who subscribed to various excess liability policies, two of which contained a valid arbitration clause. The Court refused, however, to maintain relief in respect of other insurers subscribed to one of the excess policies.

In doing so, the Court provided guidance on the approach taken by English courts to conflicting standard term and negotiated dispute resolution clauses, and in particular when it will construe jurisdiction clauses in favour of the English courts as exclusive.

END_OF_DOCUMENT_TOKEN_TO_BE_REPLACED

The judgment of the Hong Kong District Court (“Court“) in Gurkhas Construction Ltd v Craft Façade Tech (Hong Kong) Co Ltd is the latest example of the Hong Kong judiciary’s willingness to give effect to an arbitration clause wherever possible. In this case, the Court granted a stay of proceedings in favour of arbitration on the basis that an arbitration agreement incorporated in various purchase orders (“POs“) agreed between the parties remained effective despite a subsequent settlement agreement allegedly entered into between the same parties providing for the non-exclusive jurisdiction of the Hong Kong courts.

END_OF_DOCUMENT_TOKEN_TO_BE_REPLACED

The case concerned a claim for summary judgment in the English High Court brought by the seller of shares against the buyer for an outstanding payment due under a sale and purchase agreement (“SPA”). The SPA contained an exclusive English court jurisdiction clause. However, after the SPA had been executed (and before the court claim commenced), the parties had agreed to hold the disputed payment in escrow, in order to attempt to resolve the dispute. The escrow agreement contained an arbitration clause providing for London-seated ICC arbitration.

The court determined, after analysing the contractual documents, that the arbitration agreement in the escrow agreement did not supplant the jurisdiction clause in the SPA in respect of the summary judgment claim. It therefore refused to stay the court proceedings under the Act. In reaching this decision, the court provided useful guidance in resolving conflicts between competing jurisdiction and arbitration clauses across different agreements.

The dispute arose from an SPA for the sale of shares between Albion Energy Ltd (“Albion”) as seller and Energy Investments Global BRL (“EIGL”) as buyer. The SPA provided that EIGL would pay for the shares in instalments. In addition to Albion and EIGL, there were four other parties to the SPA including the owner of Albion, a Mr Buckingham. The SPA contained an exclusive court jurisdiction clause which provided as follows:

“The Parties submit to the exclusive jurisdiction of the courts of England and Wales as regards any claim, dispute or matter (whether contractual or non-contractual) arising out of or in connection with this agreement (including its formation).”

EIGL paid the first two instalments under the SPA but refused to pay the third instalment of US$33.3 million. It argued that it had legal claims against Mr Buckingham and Albion which entitled it to withhold payment under the SPA.

The dispute resolution clause in the Escrow Agreement provided that:

“Any dispute or difference (whether contractual or non-contractual) arising out of or in connection with this letter (including any question regarding its existence, validity, interpretation performance or termination) shall be referred to and finally settled by arbitration [in London under the ICC Rules].”

Commencement of proceedings and applications to the court

Albion commenced proceedings against EIGL and brought an application for summary judgment in respect of the outstanding US$13.3 million held in escrow.

EIGL applied to stay the court proceedings under section 9 of the Act, which provides:

(4) On an application under this section the court shall grant a stay unless satisfied that the arbitration agreement is null and void, inoperative, or incapable of being performed.”

EIGL’s position was that the arbitration agreement in the Escrow Agreement varied or supplanted the exclusive jurisdiction clause in the SPA in respect of the claim for US$13.3 million. Alternatively, it argued that summary judgment should not be granted because it had a realistic prospect of defending the claim for payment on the merits.

The court observed that:

The court considered the guidance provided by Hamblen LJ in BNP Paribas v Trattamento Rifiuti Metropolitani SpA [2019] EWCA Civ 768 in interpreting competing dispute resolution provisions across different contracts which are part of a single transaction. These guidelines include the following:

The court noted, however, that this guidance may apply with less force where (as in the present case) the parties had entered a second agreement after the first agreement, rather than multiple agreements at the same time.

The court also observed that in situations where there is a principal agreement and a security agreement, it is not unusual for the parties to agree to submit disputes under the principal agreement to one form of dispute resolution (often arbitration) and disputes concerning security to another (often court).

In the court’s view, the claim brought by Albion concerned its entitlement to be paid the purchase price under the SPA, rather than the operation of the Escrow Agreement so as to realise the benefits of the security. As a consequence, the claim fell outside the scope of the arbitration agreement in the Escrow Account and the application for a stay under section 9 was refused. The reasons for this conclusion included:

The case provides a useful illustration of the interpretation exercise that will be carried out by the English court in determining which of two competing dispute resolution clauses ought to apply to a claim. In particular, it reinforces that:

The case also serves as a reminder that care must be taken when drafting dispute resolution clauses across multiple contracts. Had the arbitration clause in the Escrow Agreement expressly addressed its relationship with the jurisdiction clause in the SPA, the case – and the associated expenditure of time and money – might have been avoided. 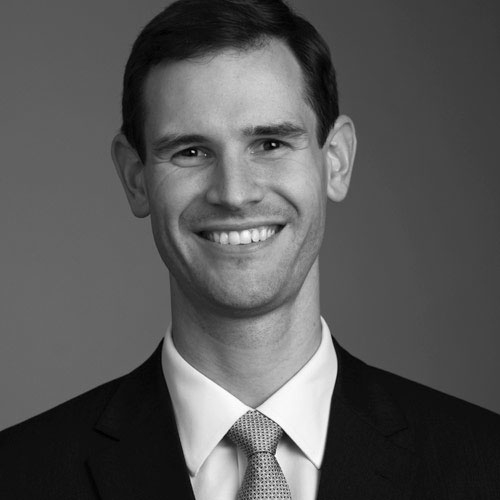