On 29 January 2021, the European Union (“EU”) and Canada adopted four decisions, which put in place specific rules elaborating the Investment Court System agreed in the EU-Canada Comprehensive Economic and Trade Agreement (“CETA”). The four decisions set out detailed rules and procedures regarding the structure of the Appellate Tribunal and the conduct of appeals, adjudicators’ conduct, mediation, as well as the interpretations of the CETA by the CETA Joint Committee.

We discuss the content of these four decisions in our new blog piece, published on our Public International Law blog here. 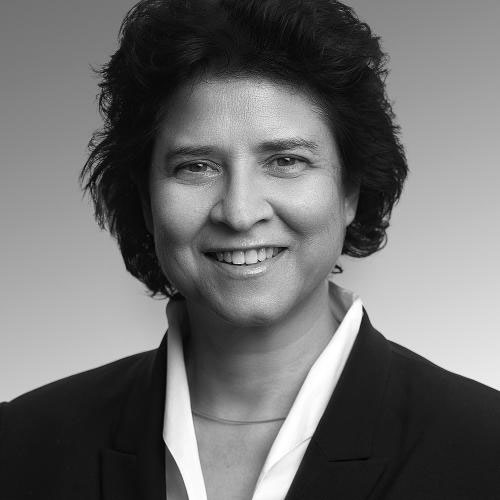 In October 2019, the European Commission (the “Commission“) presented four proposals (the “Proposals“) to the Council of the European Union (the “Council“) with specific rules to establish the Investment Court System (“ICS“) envisaged under the EU-Canada Comprehensive Economic and Trade Agreement (“CETA“). If the Council and the EU Member States approve the Proposals, the EU will seek to agree them with Canada. The Proposals would enter into force upon the ratification of the CETA by all EU Member States.

We discuss the content of those proposals in our new blog piece, published on our Public International Law blog here. 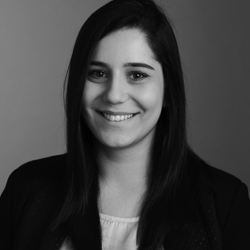 One of the Advocates General to the Court of Justice of the European Union, Advocate General Bot, has issued an opinion confirming that the mechanism for the settlement of disputes between investors and states provided for in the Comprehensive Economic and Trade Agreement  between the EU and Canada (the CETA) is compatible with European Union law.

We discuss the content of the Advocate General’s opinion on our new blog piece, published on our Public International Law blog here.

On 17 July 2018, the EU-Japan Economic Partnership Agreement (EPA) was formally signed during the EU-Japan summit in Tokyo.  The EPA – the largest free trade agreement ever negotiated by the EU – has been years in the making and took significant time and effort to get to this stage. You can read more about the steps to date in our earlier post here.

The EPA aims to remove trade barriers between the EU and Japan, making it easier for firms to sell goods and services between the two economies. It will create the world’s largest open trade zone, covering nearly a third of global GDP, almost 40 percent of world trade and more than 600 million people.

The partnership also goes beyond trade, with wider social and political implications.  Given its scope of coverage, the EPA may encourage the development of global trade rules consistent with EU and Japanese standards.  The EPA also sends a powerful signal that two of the world’s largest economies explicitly reject trade protectionism. END_OF_DOCUMENT_TOKEN_TO_BE_REPLACED

The White Paper published yesterday, “The Future Relationship between the United Kingdom and the European Union”, includes the UK Government’s proposal for the resolution of disputes between the UK and the EU under what the UK Government views as an “Association Agreement”. This Association Agreement would form the institutional framework for the relationship, with a number of separate agreements (the majority falling within this institutional framework), each covering different elements of economic, security and cross-cutting cooperation.

Under the institutional framework there would be a UK-EU Governing Body, and under that Governing Body and answerable to it, a Joint Committee which would be responsible for the effective and efficient administration of the agreements. The Joint Committee, “through regular and structured dialogue”, would seek to prevent disputes arising, or otherwise play a role in resolving them.

The White Paper emphasises the potential for resolution of disputes through dialogue and non-formal means. However, it also outlines a potential dispute resolution process to ensure that the obligations contained in the institutional framework and agreements can be enforced if needed.

END_OF_DOCUMENT_TOKEN_TO_BE_REPLACED

On 20 March, 2018 the Council of the European Union published negotiating directives dated 1 March 2018 authorizing the European Commission to negotiate a convention establishing a multilateral court for the settlement of investment disputes between investors and states. Whilst the detailed characteristics of the proposed multilateral investment court (the MIC) will be developed during the course of the negotiations, the Negotiating Directives give considerable indication of the EU’s intentions as to the MIC’s features.

The Negotiating Directives have their origin in the Commission’s Recommendation for a Council Decision authorising the opening of negotiations for a Convention establishing a multilateral investment court, published in September 2017.  This included a recommendation that negotiating directives be drawn up and made public immediately after their adoption.  The Commission has since commented that “the EU’s new policy on investment is fundamentally based on transparency” and that publication of the Negotiating Directives allows the EU “to continue to work with like-minded partners around the globe” towards creating a MIC, “knowing that EU citizens are fully informed of [its] negotiating instructions”.

Whilst the EU introduced its intention to move towards a multilateral system in a Concept Paper in 2015 (see our blog post here), the Commission’s Recommendation itself came shortly after UNCITRAL indicated in its 50th Session in July 2017 that UNCITRAL Working Group III would consider possible reform of investor-state dispute settlement.  This work began in the Working Group’s 34th session in November 2017, with its next session due to take place on 23 to 27 April 2018.  It will therefore be seen as no coincidence that the EU has chosen to publish these Negotiating Directives at this stage, and they will set the framework for the participation of the EU and its Member States, as further considered below.  The EU has also submitted a paper to the Working Group in advance of its next session highlighting its concerns over the current system of ISDS.

END_OF_DOCUMENT_TOKEN_TO_BE_REPLACED

On 6 September 2017 the Belgian Deputy Prime Minister and Minister of Foreign Affairs Didier Reynders submitted a request from Belgium to the Court of Justice of the European Union for an opinion on the compatibility of the Investment Court System (ICS) with the European Treaties.  The Belgian government has made the request in recognition of the concerns raised by the regional assembly of Wallonia about the ICS when it was considering whether or not to sign the Comprehensive Economic and Trade Agreement (CETA) between the EU and Canada.

END_OF_DOCUMENT_TOKEN_TO_BE_REPLACED

On its face, the thrust of the UK Government’s Future Partnership Paper on Enforcement and Dispute Resolution (the Paper), published on 23 August, is to rule out the jurisdiction of the Court of Justice of the European Union (CJEU) to determine the enforcement of rights and obligations by individuals and businesses derived under the Withdrawal Agreement (and any future relationship agreement) and disputes between the EU and the UK.  Since the Paper was published, the Prime Minister has again reiterated the Government’s position that “the UK will be able to make its own laws – Parliament will make our laws – it is British judges that will interpret those laws, and it will be the British Supreme Court that will be the ultimate arbiter of those laws.”

However, as discussed below, whilst perhaps consistent with the stage of negotiations, the Paper is drafted to leave considerable room for manoeuvre, and it leaves many questions unanswered regarding enforcement of rights and obligations under the Withdrawal Agreement and any future relationship agreements and dispute resolution between the UK and the EU after Brexit.

The Paper follows the publication on 22 August of the UK Government’s Future Partnership Paper on Providing a Cross-border Civil Judicial Cooperation Framework, considered in our blog post here, which presented the UK’s position on the extent to which current EU rules on choice of law, jurisdiction and enforcement of judgments should continue to apply as between the UK and the EU Member States post-Brexit.   END_OF_DOCUMENT_TOKEN_TO_BE_REPLACED

On 6 July 2017 the EU and Japan announced an agreement in principle on their Economic Partnership Agreement (“EPA“).  The scale of this agreement is eye-popping: once in effect the EPA will cover nearly 40 percent of all goods exports, 10 percent of the Earth’s population, and about 30 percent of global GDP.  The breadth of goods covered by the EPA will be similarly substantial and includes agricultural and food products, the forestry sector, industrial products, the automotive sector, electronics, and services.  While some tariffs, such as those on wine, will disappear from the moment the EPA enters into force, other tariffs – including those on imports of Japanese automobiles to Europe and imports of European chocolates to Japan – will disappear over a number of years.  The net effect will be to remove tariffs from 99 per cent of all goods traded between the EU and Japan with one study suggesting consequent increases in EU exports to Japan of 34% and Japanese exports to the EU of 29%.  END_OF_DOCUMENT_TOKEN_TO_BE_REPLACED

On 16 May, 2017 the European Court of Justice (the Court) rendered its Opinion on the competence of the European Union to conclude the Free Trade Agreement (FTA) with Singapore. The Opinion recognises exclusive EU competence over most of the agreement and largely settles a long-standing dispute between the Commission and the Member States on the division of competences under the Lisbon Treaty.

Importantly, in the context of investor-state dispute resolution, the Court's Opinion is likely to render any agreement including protection for non-direct foreign investments or investor-state dispute settlement (ISDS) provisions a so-called "mixed agreement" which requires each of the Member States as well as the EU itself to become party, unless certain aspects commonly found in such agreements are removed or the Member States otherwise agree (discussed further below).

The Opinion will have a major impact on the negotiation of future EU trade agreements, whether pending or anticipated (including the potential FTA between the UK and the EU following Brexit).