In NDK Ltd v HUO Holding (No 2) [2022] EWHC 2580 (Comm), the English Commercial Court dismissed NDK’s section 67 challenge brought against an LCIA award, finding that a proposed shareholder was covered by the arbitration clause in the shareholders agreement.

The case stems from the same dispute as NDK’s previous s. 67 challenge (covered here) but the judgment is noteworthy in its own right for its pragmatic analysis of the core joint venture documents and its robust application of pro-arbitration principles to an arbitration clause.

What was the background?

NDK was one of the three shareholders in a Cypriot-incorporated SPV, established for a Russian joint venture in the mining sector. The investors were party to a Shareholders’ Agreement (the “SHA“), which contained an LCIA arbitration clause. HUO bought shares from K Co (another shareholder of the SPV). As part of this process, HUO signed and delivered a Deed of Adherence (the “DoA“), which was necessary to become party to the SHA. NDK alleged that the SHA was terminated due to a breach of pre-emption rights.

In response, HUO brought a claim under the arbitration clause and obtained an LCIA award declaring the SHA to be valid and binding. NDK lodged several challenges, most of which were decided in the previous judgment. In this proceeding, NDK applied to set aside the award under s. 67 of the Arbitration Act 1996 (the “AA“) for want of substantive jurisdiction. The challenge was based on the contention that HUO was not party to the arbitration clause.

For the overall context of the dispute, see our previous blog.

Did HUO become party to the SHA?

NDK argued that HUO was not a party to the SHA because it never became a shareholder in the SPV, a fact the Court assumed as accurate for the purposes of this challenge. NDK contended that HUO’s position that it acceded to the SHA was not possible given that it was only open to shareholders to accede to the SHA by signing it. This prevented HUO from ever validly delivering the DoA necessary to become party to the SHA. As a consequence, HUO did not become party to the arbitration clause contained in the SHA, which it was said justified a set aside ruling under s. 67 of the AA for lack of substantive jurisdiction.

The Commercial Court then followed the wording of the SHA and held that the delivery of an executed DoA was sufficient to become party to the SHA – whether or not the party became a validly registered shareholder. Foxton J, citing Tolley’s Company Law Service, noted in this regard that it was frequently the case that a deed of adherence will have the effect of making a signatory a party to an SHA before the formal transfer of shares is completed.

The Commercial Court ultimately held that because HUO delivered an executed DoA, it became party to the SHA even though (as assumed for the purposes of the proceedings) it never became a shareholder in the SPV. Foxton J emphasised that he reached this conclusion by reading the contract between the parties as a whole (considering Wood v Capita Insurance Services Limited [2017] UKSC 24 – see our digest of this case here).

Was HUO covered by the arbitration clause?

Foxton J addressed separately the issue of why HUO joining the SHA led to the dismissal of NDK’s challenge. The LCIA arbitration clause was expressed in very wide terms, so it included within its scope the parties’ dispute as to the validity of the SHA. Any conclusion to the contrary would result in a “very surprising” outcome. It would mean that the SHA and the DoA created obligations between NDK and HUO, yet the mechanism to settle disputes as to those obligations was inapplicable.

Foxton J also relied in his analysis upon the Fiona Trust principle, which holds that arbitration clauses governed by English law will be interpreted with a presumption that the parties, as rational businessmen, intend it to apply to all disputes arising from the relationship between the parties. It would have been “commercially absurd” for the parties to have intended for the SHA validity dispute between current shareholders (NDK and K Co) to be arbitrated, but for the very same dispute between a proposed shareholder and a current shareholder (HUO and NDK) not to be arbitrated. HUO was thus party to the arbitration clause and NDK’s s. 67 challenge failed.

Foxton J’s dismissal of this challenge also had the effect of rejecting the remainder of NDK’s challenges.

What are the practical lessons going forward?

This decision illustrates the practical, pro-arbitration approach of the English courts in the joint venture context. Foxton J’s analysis of the key documents considered the parties’ agreement as a whole and accounted for the commercial need to ensure continuity of shareholding. A robust application of the pro-arbitration Fiona Trust principle followed, with Foxton J again focussing on the practical outcomes of his reasoning. The judgment reinforces that in England and Wales, the commercial arrangements of businesses will be upheld and their decision to arbitrate respected. This approach will continue to be one of the features of arbitration in this jurisdiction that makes England and Wales a popular choice as an arbitral seat for commercial parties.

The case also reminds parties to punctually raise arguments during the arbitration if they are to be used at the set-aside stage. Foxton J noted that NDK failed to raise its jurisdictional arguments in this proceeding during the arbitration, though the point was left undecided in this case. Under section 73 of the AA, a party that fails to raise certain arguments or challenge a certain ruling may lose the right to make those arguments upon enforcement. 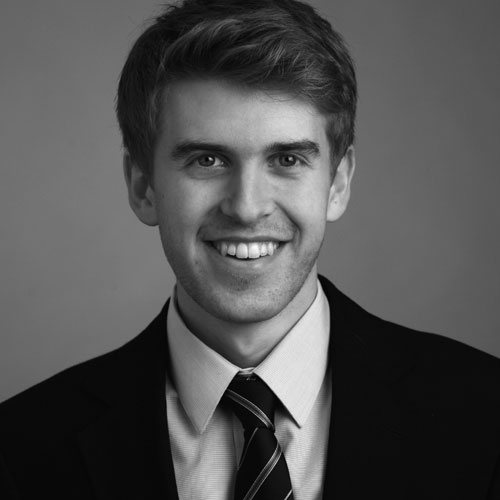