END_OF_DOCUMENT_TOKEN_TO_BE_REPLACED

In Champ Prestige International Limited v China City Construction (International) Co, Limited and  Dingway Investment Limited, the Hong Kong Court of First Instance reaffirmed the court’s discretion to order the winding-up of a foreign-incorporated company on just and equitable grounds, but refused to stay the winding-up petition in favour of arbitration.

The Petitioner, Champ Prestige, entered into a joint venture with China City for the development of certain land in Florida, United States by Dingway Investment Limited, an investment company incorporated in the British Virgin Islands (Company). The share sale and purchase agreement, under which Champ Prestige acquired a 45% interest in the Company from China City (SPA), contained an arbitration clause providing for disputes arising from or in connection with the SPA to be submitted to the HKIAC for arbitration.

The SPA also provided financing arrangements for the development of the project, including a put option that Champ Prestige could exercise in the event that China City did not fulfill its funding obligations. The parties subsequently entered into a cooperation agreement containing further terms for the development of the project. The cooperation agreement contained a similar arbitration clause to that of the SPA.

Champ Prestige sought to wind up the Company on just and equitable grounds under section 327(3) of the Companies (Winding Up and Miscellaneous Provisions) Ordinance (Cap. 32), alleging that the Company was unable to progress its intended business purpose of developing land, and that China City had variously breached the SPA and the Framework Agreement. China City applied to strike out the winding-up petition (Petition) on grounds that there was insufficient connection between the Company, whose business and assets were located in the United States, and Hong Kong, for the court to exercise its exorbitant jurisdiction to wind up a foreign incorporated company, and alternatively that the dispute should be referred to arbitration.

The court reiterated and affirmed the principles governing the circumstances in which the court may exercise its discretion to wind up a foreign-incorporated company, as set out by the Court of Final Appeal in Kam Leung Sui Kwan v Kam Kwan Lai & Ors (2015) 19 HKCFAR 501 (also known as the Yung Kee case, discussed in our previous blog post here). The key issue in the present case was whether the first of three core requirements had been satisfied, namely whether the management and ownership had sufficient connection with Hong Kong to justify the court exercising its exorbitant jurisdiction to wind up a foreign company.

The court held that this question should be considered in general and common sense terms, and that regardless of a company’s place of incorporation, it is not necessary to undertake a forensic analysis of the various components of a company’s operations and ownership if it is fairly clear that it is fairly viewed as a Hong Kong business entity.

On the facts, the court found that the ownership and management of the Company was more closely connected with Hong Kong than with either the United States or the British Virgin Islands, taking into account the following factors:

On the issue of whether the Petition ought to be stayed in favour of arbitration, the court cited with approval its decision in Re Quiksilver Glorious Sun JV [2014] 4 HKLRD 759 (which was decided by the same judge, Harris J) that where an agreement to arbitrate has been made between shareholders, the correct approach to determining whether or not the complaints in a shareholder’s petition should be referred to arbitration is to identify and determine whether the substance of the dispute between the parties is covered by the arbitration agreement. The court further noted that, where the petitioner’s complaints form part of one continuing narrative, the court will not exercise its discretion to stay the petition unless it is clear and obvious that the dispute forming the subject of the arbitration clause would be “central and probably determinative of the factual issues” raised by the petition.

While some of Champ Prestige’s complaints related to matters arising under the SPA or the cooperation agreement, both of which contained arbitration clauses, such allegations were also relevant to the complaint that there had been a breakdown in trust and confidence between the parties. The present case was therefore not one in which part of the dispute could sensibly be hived off and referred to arbitration, with the outstanding issues to be determined once the arbitration was complete. On such grounds, the court dismissed the stay application.

This case is one of the first cases citing the Court of Final Appeal’s landmark decision in the Yung Kee case, and it is expected that the Hong Kong court will continue to exercise its discretion under its statutory jurisdiction to hear shareholders’ petitions to wind up foreign incorporated companies on just and equitable grounds.

It is increasingly common for commercial agreements, including share purchase agreements and shareholders’ agreements, to provide for dispute resolution by way of arbitration. When disputes do arise however, parties often look beyond the immediate contractual dispute and seek to rely on statutory regimes, such as unfair prejudice and winding-up on just and equitable grounds, to obtain relief. Matters may become particularly complicated where multiple (and oftentimes conflicting) dispute resolution clauses are involved.

While the court will tend to scrutinise each case on its own facts to determine whether some or all of the disputed issues may be hived off for arbitration, in the context of winding-up on just and equitable grounds, even where underlying contracts contain arbitration clauses, factual issues are often so closely intertwined that the court may not be inclined to find it has no jurisdiction entirely. 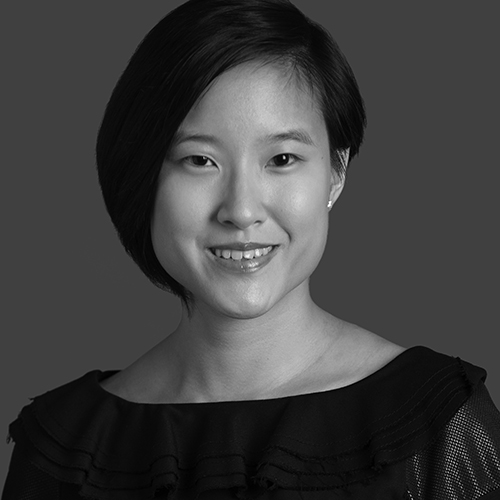 An arbitral award was recently challenged in the English High Court (the Court) in K v P [2019] EWHC 589 (Comm). In a rare example of a successful challenge under s68 of the Arbitration Act 1996, the Court held that (i) the tribunal had failed to deal with an issue put to it, and (ii) the Claimants had been denied the opportunity properly to present their case. The Court remitted the award back to the tribunal, notwithstanding its review of the tribunal’s handling of the case and criticism of the two years taken to hand down its award.